Aircraft B-24H with serial number 44-41842 was on a strike mission to Sibu in Borneo.
Statement from 1st Lt Thomas R. Pappas:
Aircraft #44-41842 was flying the number six position in the Squadron formation. My airplane, #698, was flying in the number five position. At approximately 0945, I saw airplane #842 slide under the formation and start to turn around. A message to the Group Leader was intercepted that #842 had lost an engine and was returning to base. Shortly after #842 left the formation, another message was intercepted that he had lost another engine and would have to bail out. I turned around and could see smoke rising from to a height of 3,000 feet. Reducing our altitude, we orbited the area of the crashed plane and sighted eight survivors, six in rafts and two more to whom we dropped rafts. We called the Rescue Catalina, turned on the emergency IFF and continued searching the area for other survivors unsuccessfully until after the Rescue Catalina had picked up the eight survivors we had sighted. I then returned to base jettisoning bombs safe in the water at 09-45N, 123-12E.

Rescue Catalina 47 was dispatched to scene immediately. Other rescue craft from Zamboanga and Palawan were dispatched, making a total of five aircraft searching the area. After rescued of eight survivors had been effected by Cat 47, rescue craft 105 remained on search, result nil. Survivors were brought to Moret Strip, Zamboanga; then returned to Samar, 19 May 1945. Further search of area for possible survivors was being conducted by 13th Air Force Air-Sea Rescue Squadron. 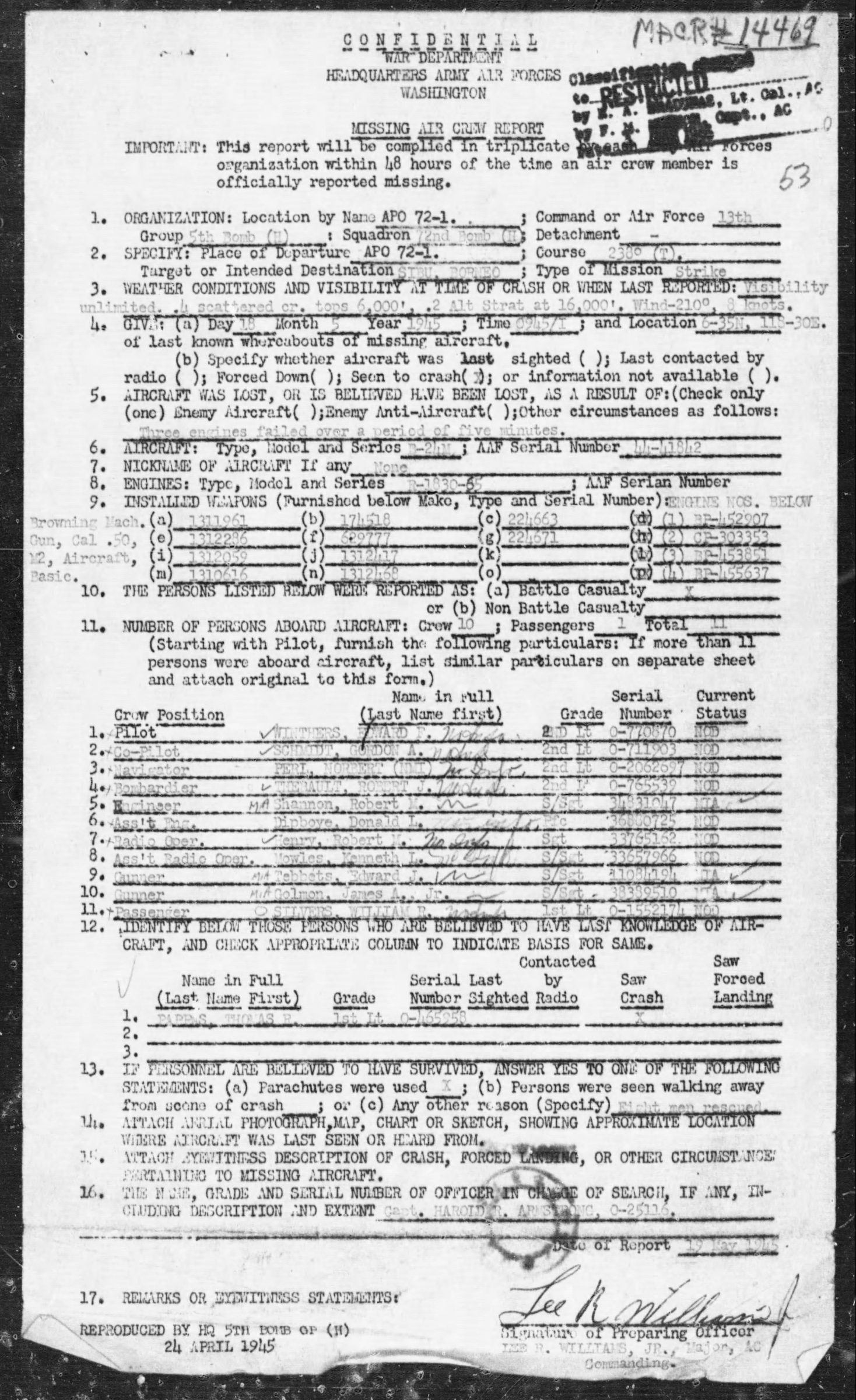