“Drew 3” was a US Navy unit that operated the Mulberry Harbor off Gold Beach. This was Mulberry B as Mulberry A was destroyed in a storm in June.

Clinton Courier News, September 7, 1944
Robert Mosby Allen, Aviation Ordinanceman, 3/c, U.S. Naval Reserve, has been listed among the Naval dead. He is the son of Mr. and Mrs. Benjamin Mosby Allen, Clinton. Further details concerning his death have not been learned. 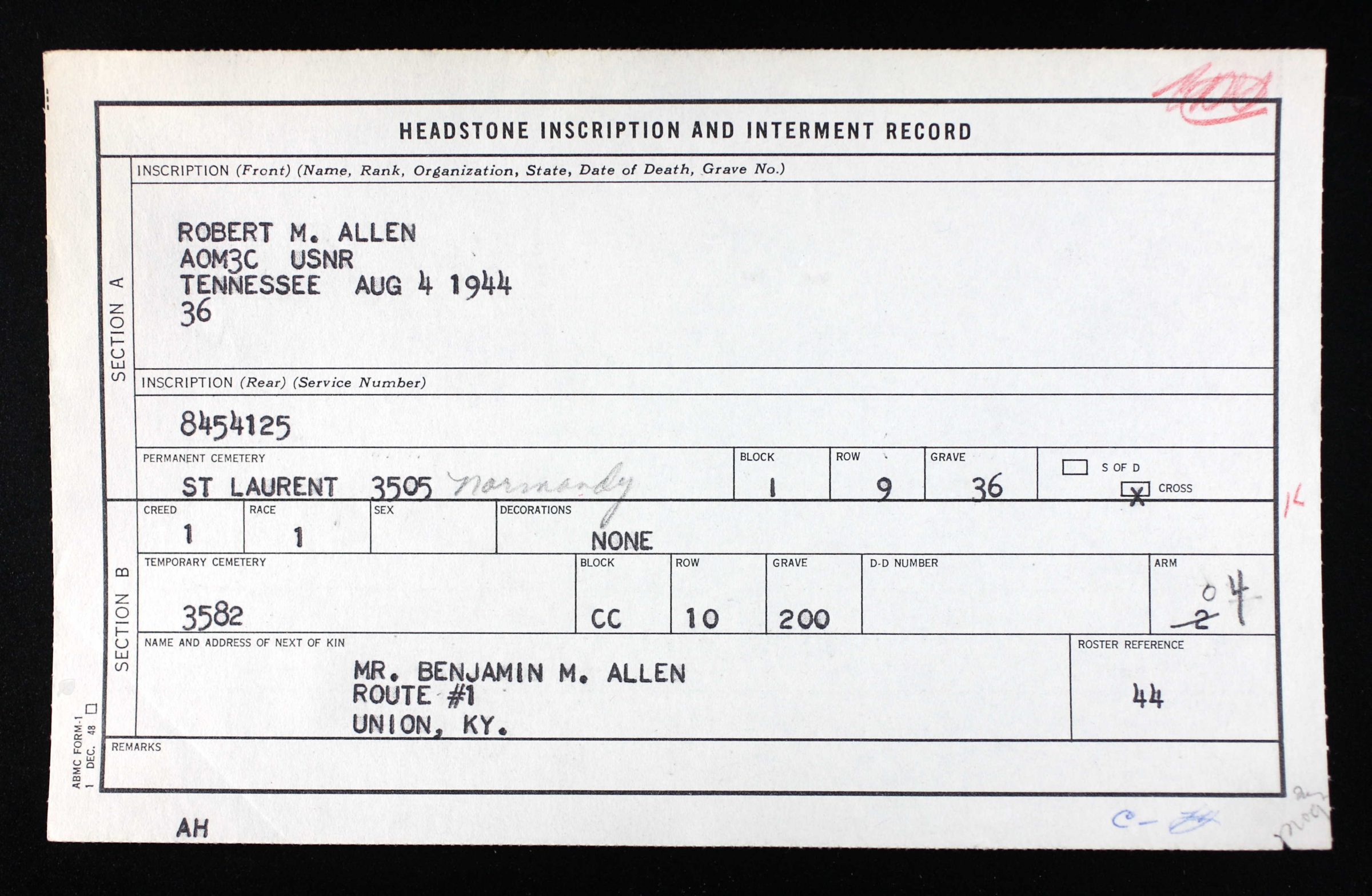 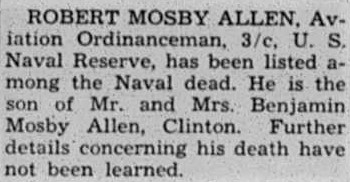