The President of the United States of America takes pleasure in presenting the Navy Cross to Sergeant Robert L. Manning MCSN 10051, United States Marine Corps, for extraordinary heroism and devotion to duty while serving with the First Parachute Battalion, First Marine Division, during the assault on enemy Japanese forces at Gavutu, Solomon Islands, on 7 August 1942. When the progress of Company B was retarded by heavy sniper opposition, Marine Gunner Manning, with utter disregard for his extreme danger, led a courageous attack on a heavily barricaded three-inch gun emplacement from which the deadly fire was emanating. Charging forward against the withering blasts of hostile weapons, he unhesitatingly plunged through the entrance and, while engaging the enemy in hand-to-hand combat, overpowered and killed the officer in command. Marine Gunner Manning’s daring, aggressive, and gallant conduct contributed immeasurably to the elimination of a strong Japanese position and was in keeping with the highest traditions of the United States Naval Service. 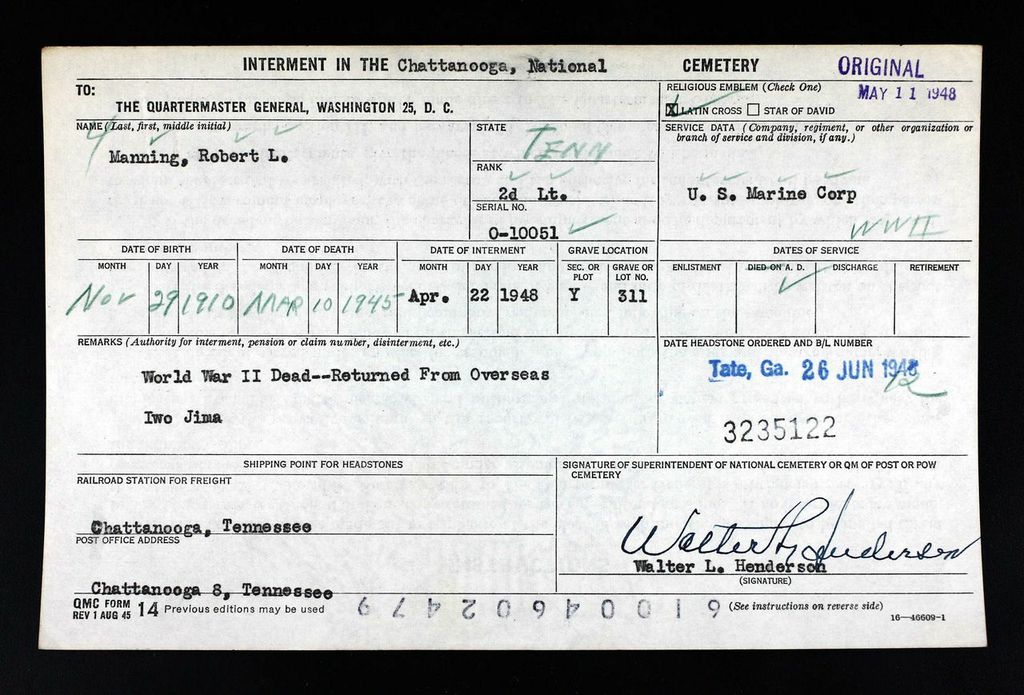 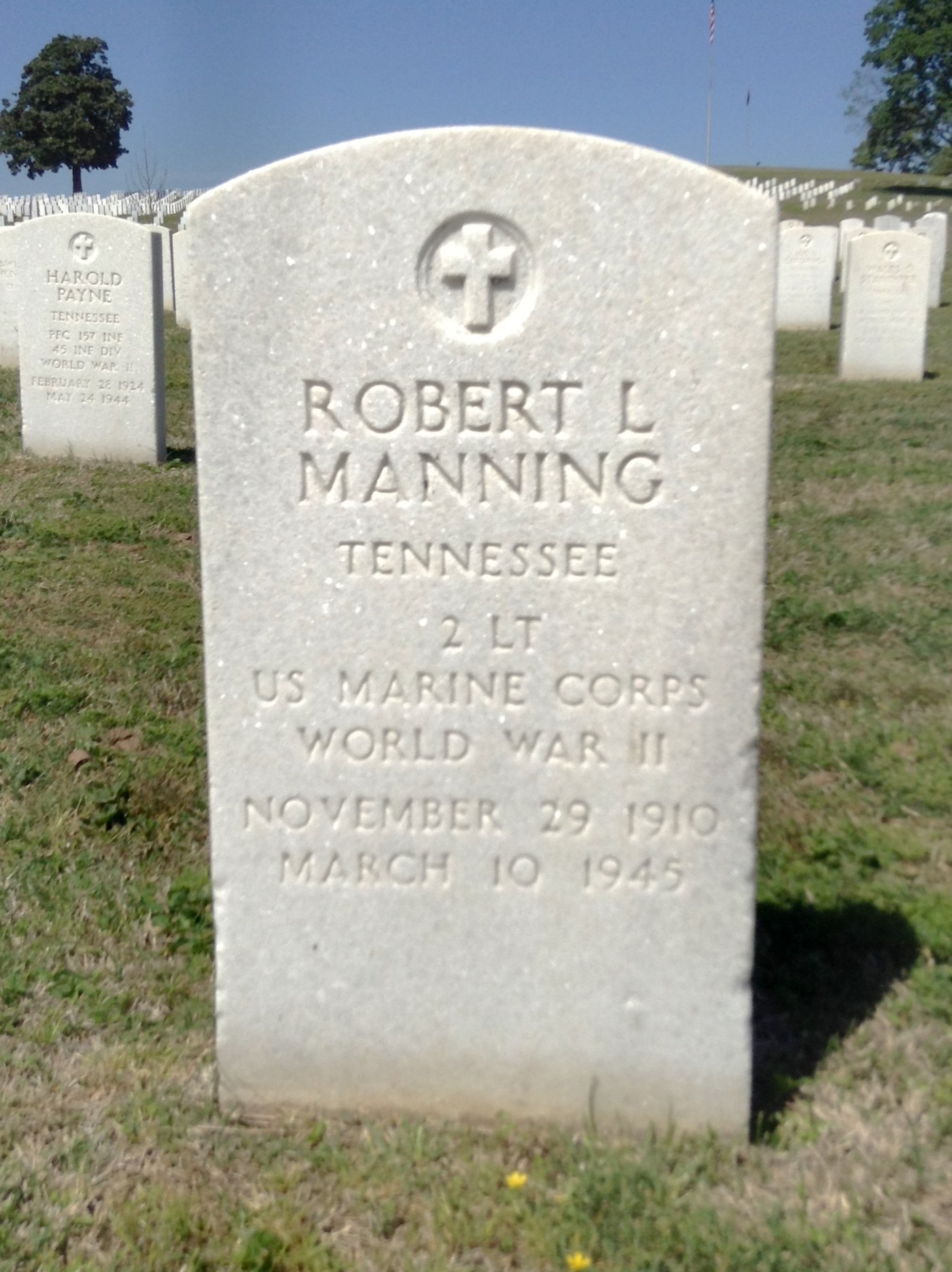