Private Robert Lee Davis was with the 16th Armored Engineer Battalion. He was killed in action May 13, 1944.

He professed faith in Christ at the age of 15 years and united with the First Baptist Church, Madisonville, R.L. lived a live that so shone that it left a bright reflection on all who knew him. He had many friends who were deeply grieved to learn of his death.

He volunteered and had been in service for four years. He had participated in three major battles in North Africa and Italy. He was a senior at Madisonville High School when he enlisted.

R.L. is gone but not forgotten, and may the vacancy made in our hearts by his brave, heroic death be filled with the spirit of God’s love. We realize that God in His infinite wisdom doeth all things well, yet we miss him but hope whispers in our ears, “We will meet him in a better world than this.”

R.L. leaves to mourn his departure his mother three brothers, Carl and Junior of Madisonville and J.B. Davis of New Guinea, his grandparents, Mr. and Mrs. Robert Stevens, and a host of friends.

“God is our refuge and strength a very present help in trouble.” 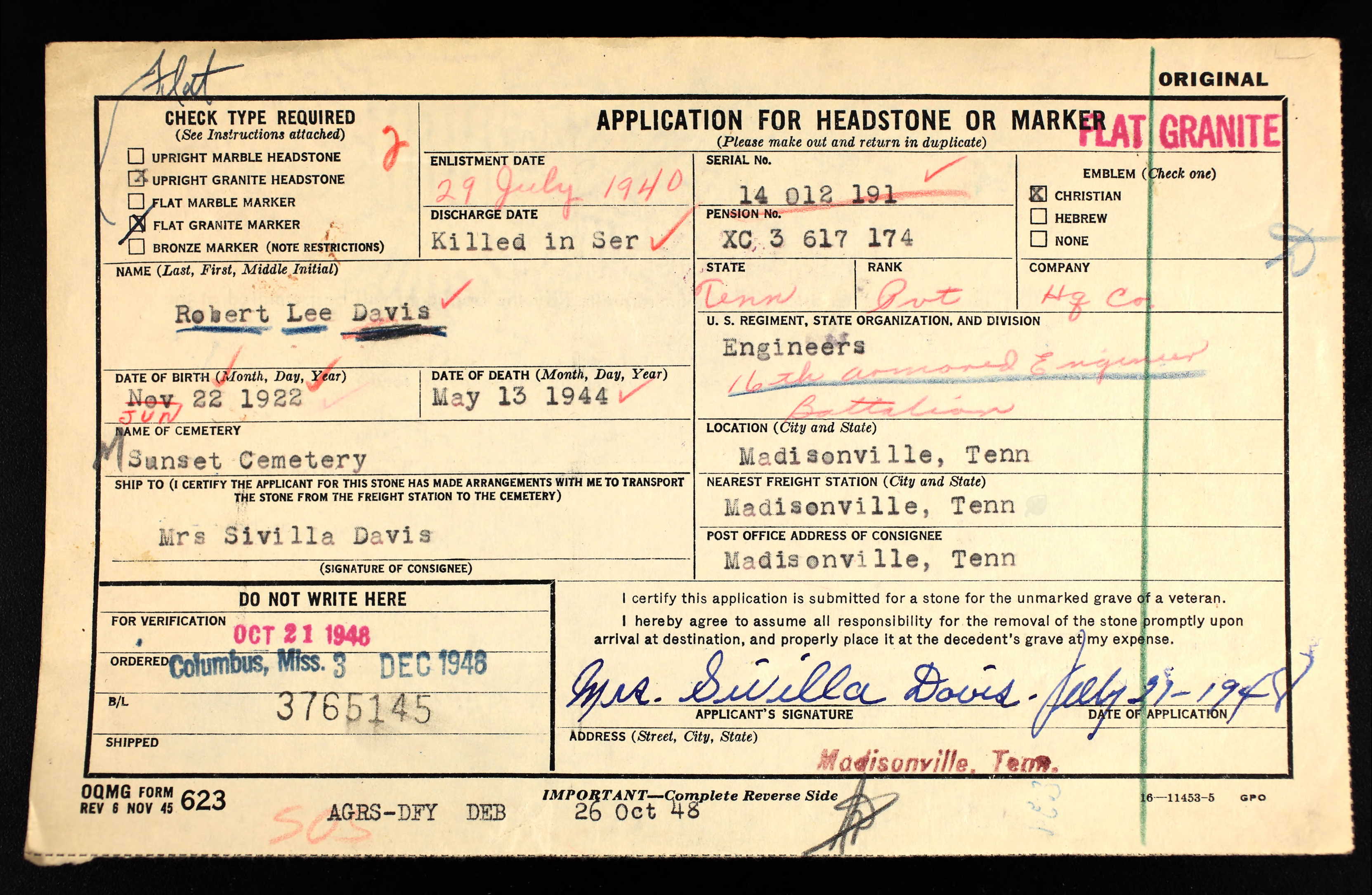 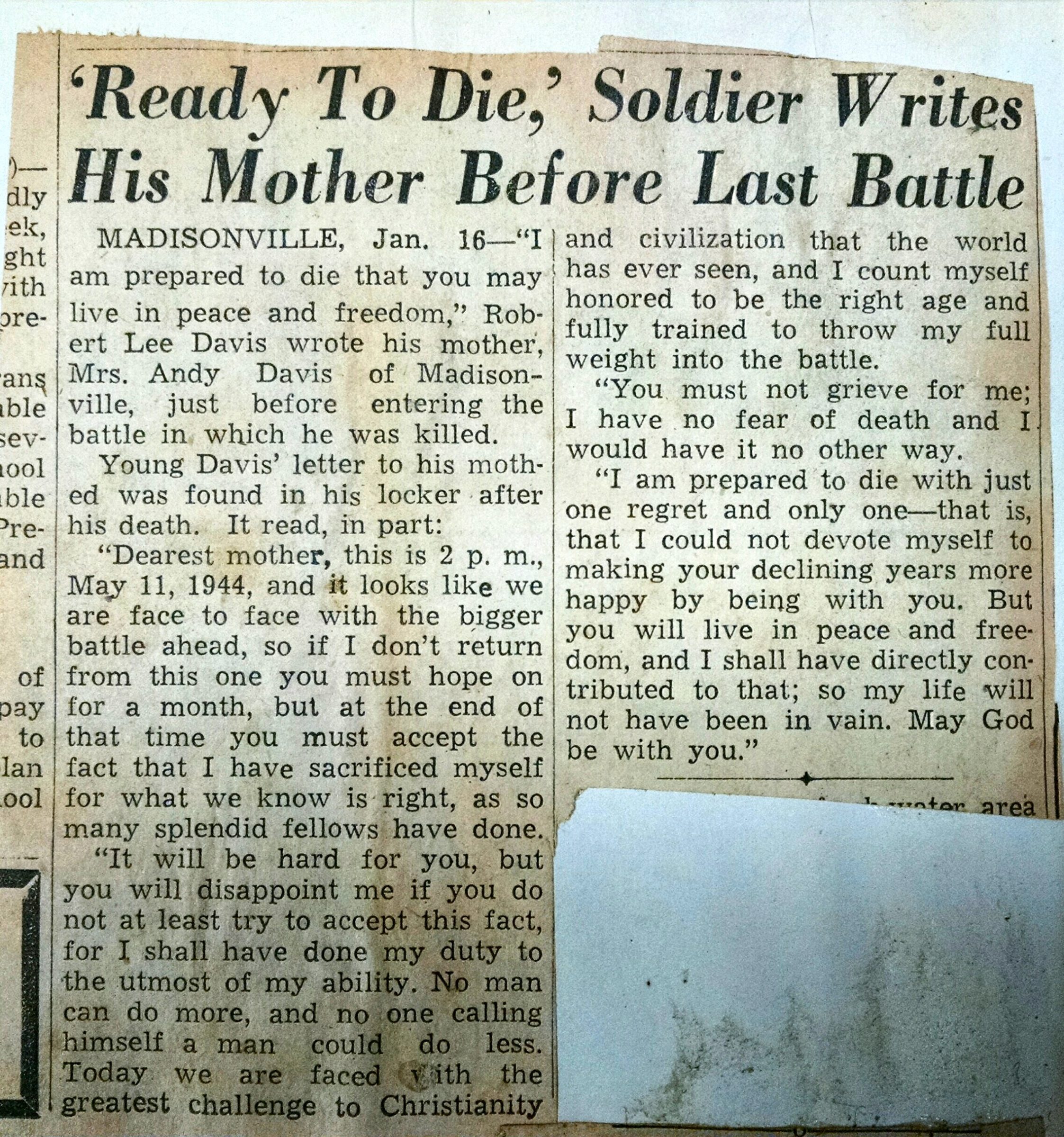