Young Collett had been in service since June 1942, and had been in the South Pacific only a few months. His brother, Ed Collett was discharged about two months ago after a year’s service in the same war zone, the South Pacific.
–The Rockwood Times, Thursday, 19 Oct 1944, Vol. 64, Nov. 43. 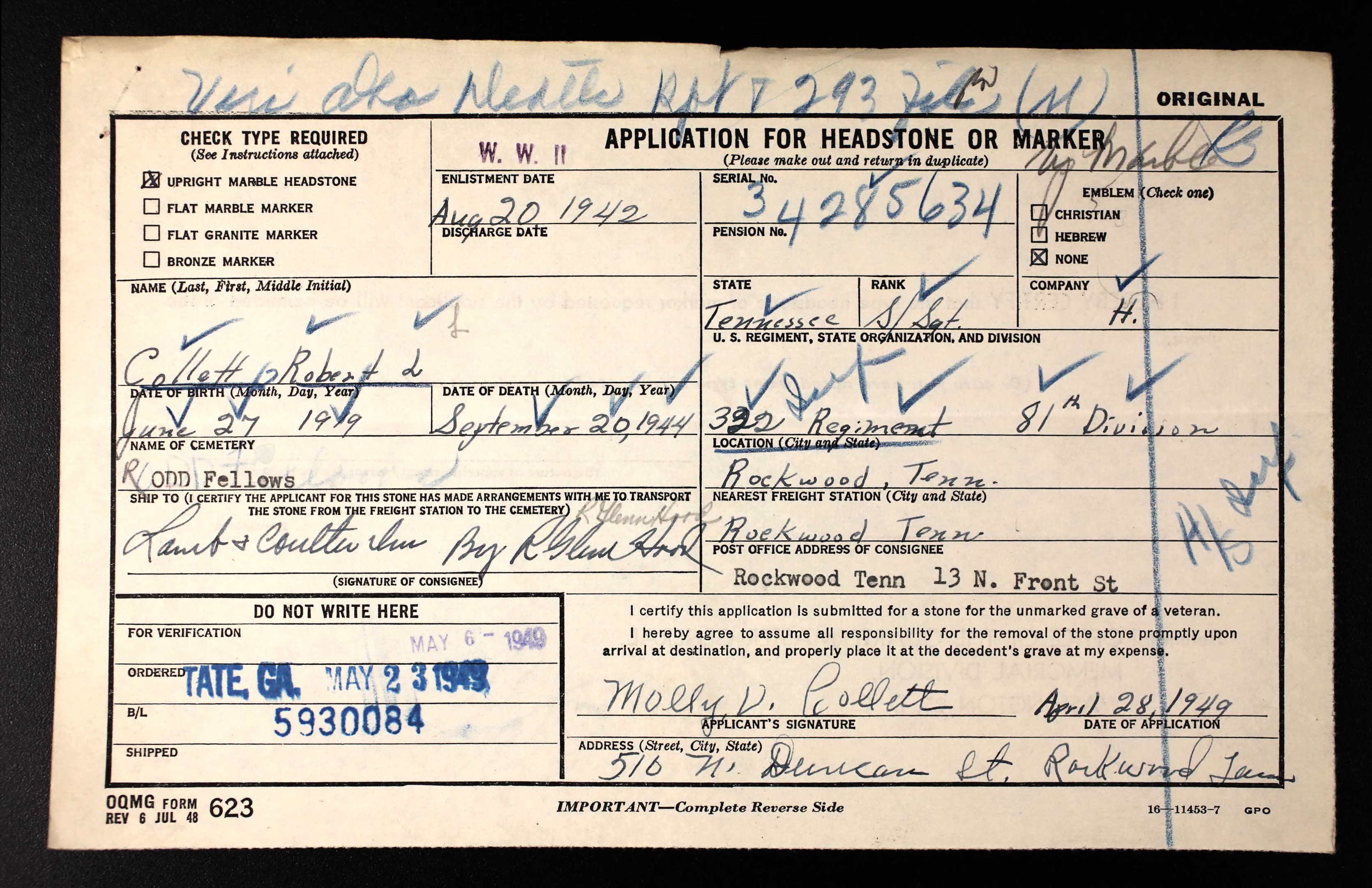