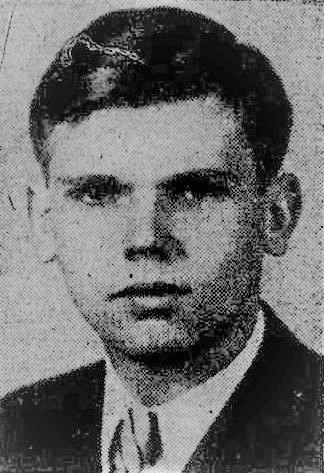 1st Lieutenant Robert L. Brown was assigned to the 349th Infantry Regiment, 88th Infantry Division. Headquarters Company, 2nd Battalion. At the time of his death, the 349th was on the last major offensive against the last organized resistance by the Germans in Italy at the Po River. German forces in Italy surrendered on 2 May 1945.

1st Lt Brown was killed in action on 23 April 1945 and was interred at G,2,16, Florence American Cemetery, Florence, Italy.

The Jasper Journal, October 29, 1942
Robert Lee Brown, son of Mr. and Mrs. R.A. Brown, senior at the University of Tennessee, has been selected to represent his school in the Who’s Who among students in American Colleges and university.

The Jasper Journal, May 17, 1945
Mr. and Mrs. R.A. Brown were notified by the War Department Sunday that their son, First Lt. Robert L. Brown, serving with General Mark Clark’s Fifth Army in Italy, has been missing in action since April 26. He was with an infantry unit. Lt. Brown’s wife, the former Miss Virginia Harper, resides in Etowah. He is a brother of Sgt. F. Nat Brown, Jasper attorney, now overseas; MM2C J.C. Brown, U.S. Navy in the Pacific, and Jack Brown of Jasper. Lt. Brown is a graduate of the University of Tennessee, where he won many student honors, before entering the service. He was awarded the Bronze Star medal for “heroic achievement” in Italy on May 14, 1944 and an Oak Leaf Cluster, and also wars the Infantry Combat Badge. 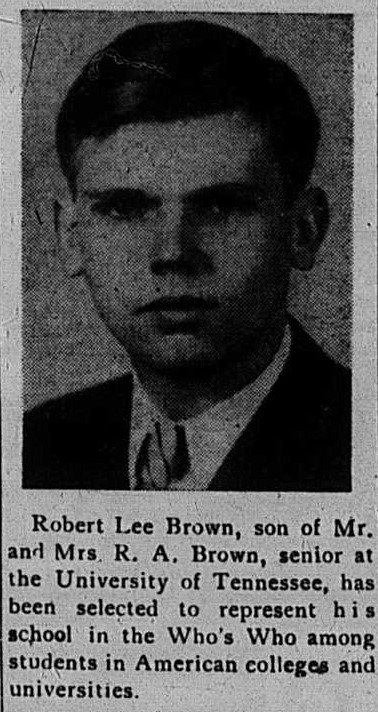 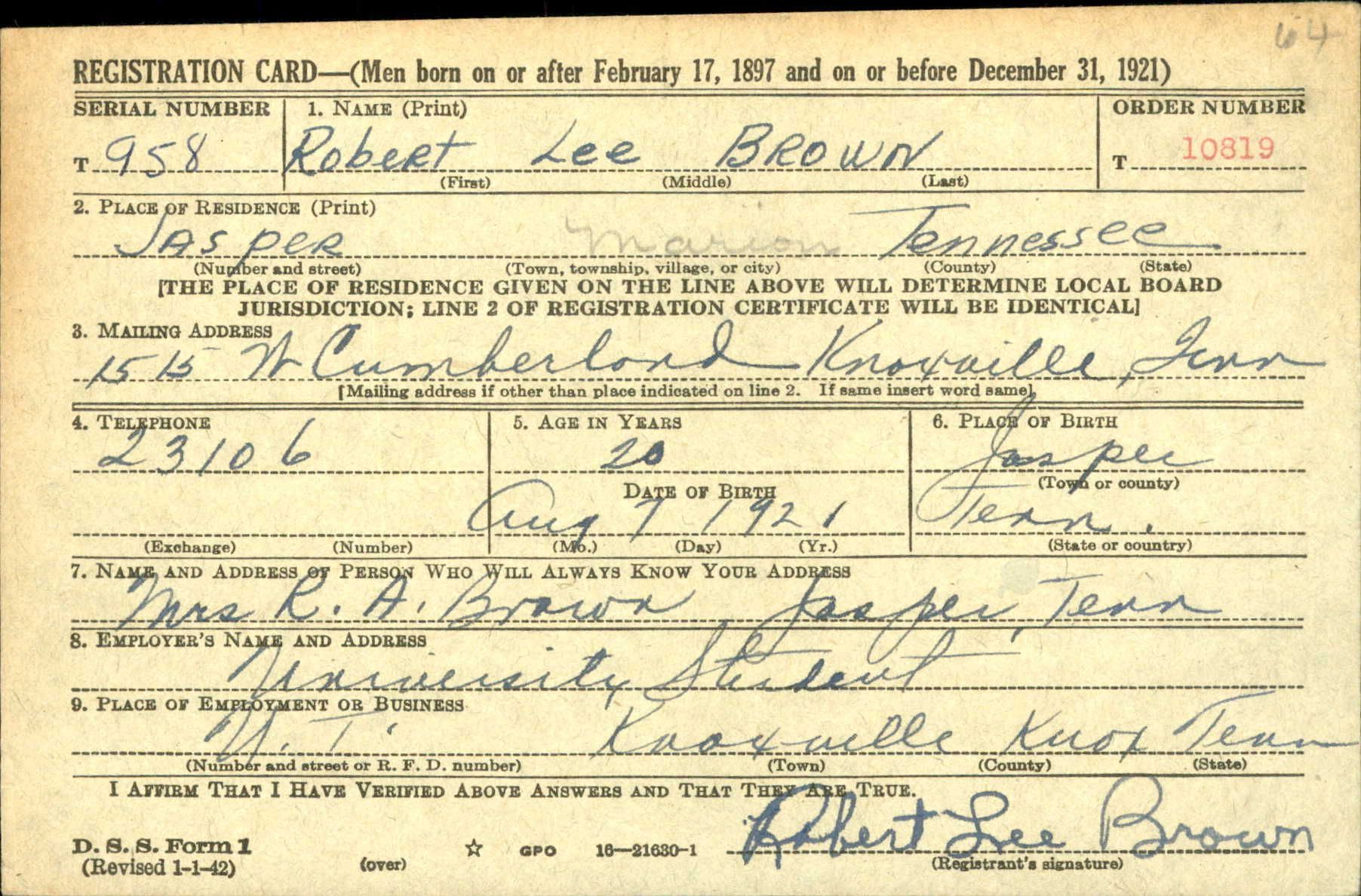 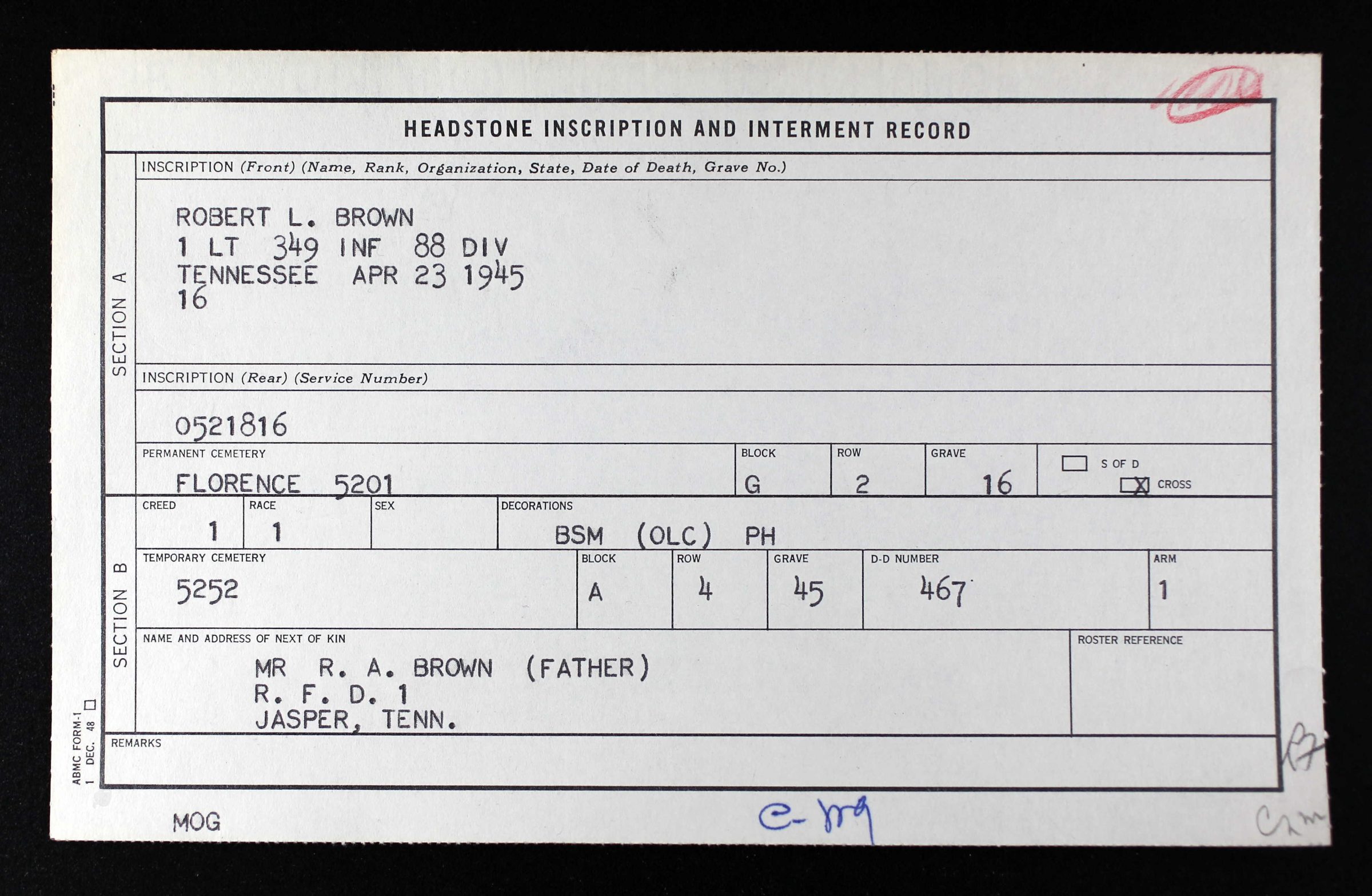 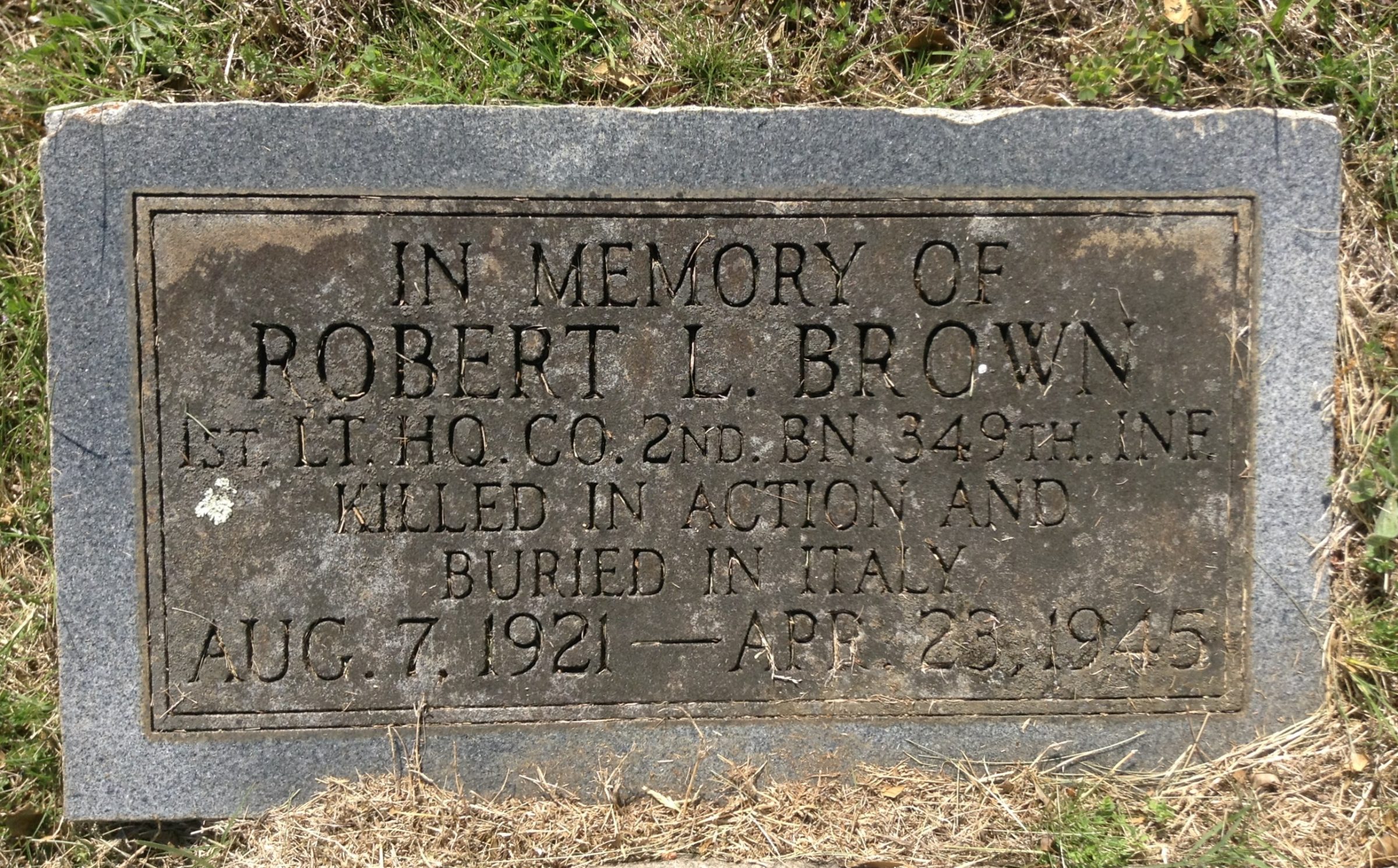