T/5 Looney was initially buried at the USAF Cemetery Manila No. 2, Philippine Islands. He is buried at Arlington National Cemetery in Virginia, 34, 4179.

Rogersville Review, October 13, 1949
The body of Pvt. Robert Kenneth Looney, who lost his life in the Philippine Islands on May 7, 1942, will be interred in the Arlington National Cemetery, Fort Meyers, Va., on Thursday, Oct. 20, his aunt, Miss Eva Brice of Rogersville, Route 4, has been notified. Funeral services will be held at 2 p.m.
Looney, a graduate of Rogersville High School and East Tenn. State College, Johnson City, volunteered for services in Danville, Va., where he was teaching school, in June, 1941. He was sent to the Philippines in November of that year.
Kenneth was reported missing on May 7, and his relatives here were notified by the War Department. Nothing else was heard about him until three years later, 1945, when the family was notified that he had died of malaria fever in a Japanese prison. He was a technician in the Air Corps and was captured on Corregidor. Pvt. Looney was 28 years of age at the time of his death. Surviving are his father, R.K. Looney, Akron, Ohio and two sisters, Miss Marjorie Looney, Pasedena, Calif., and Mrs. Paul Clifford, Los Angeles, Calif. 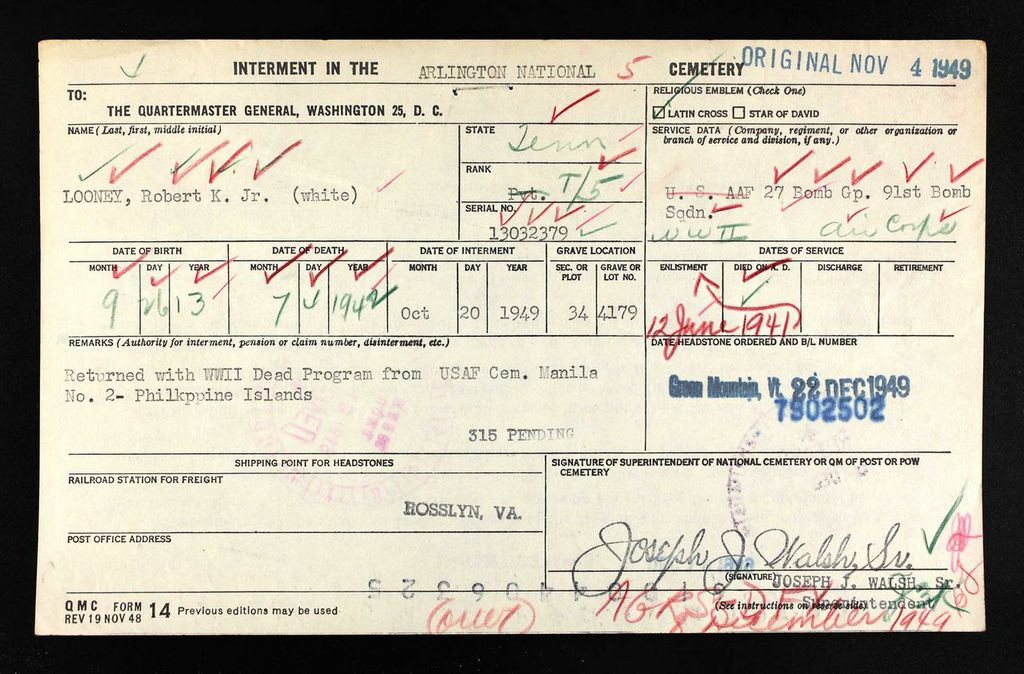 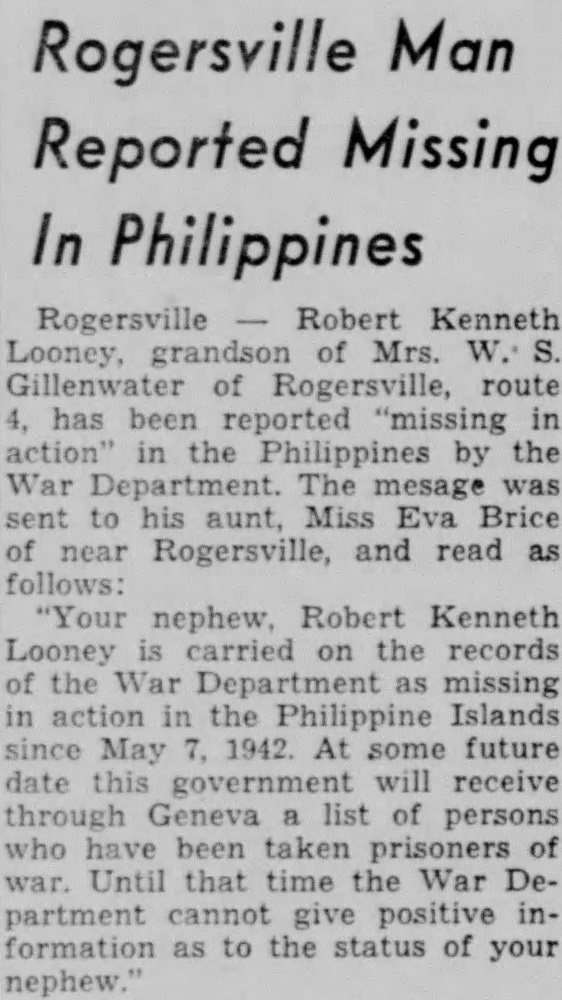