Private Jordan sailed from Hollandia, New Guinea with the U.S.S. LST on 18 October 1944.

The Cleveland Herald, November 17, 1944
Pvt. Robert Jordan, son of Mr. and Mrs. George Jordan, of this city, was killed in action on Leyte Island, in the Philippines, on October 26, according to a message received from the War Department. Pvt. Jordan, who entered the army on November 25, 1942, had served overseas for fourteen months before his death.
Besides his parents, he is survived by one brother, James Jordan, of this city; five sisters, Mrs. Lucille Link and Mrs. Frank Phillips of Cleveland, Mrs. Sibyl Bennet of Waterville, Mrs. Mattie Williams of Fling Springs and Mrs. Beatrice Tatum of Panama City, Fla. 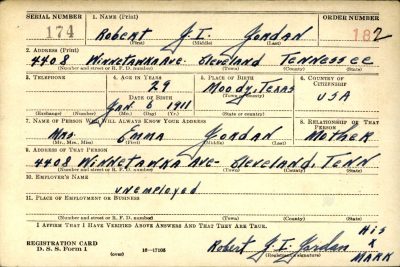 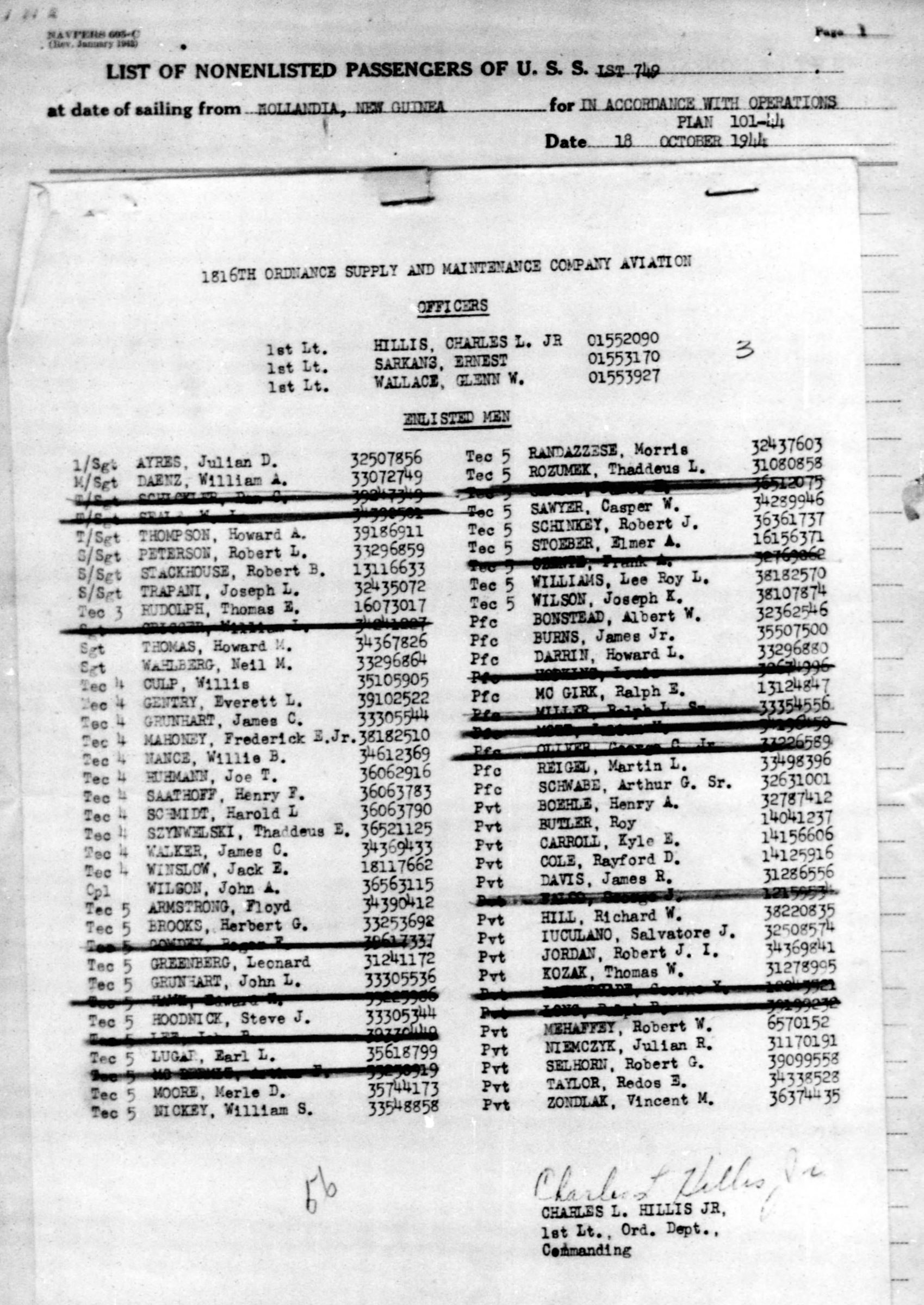 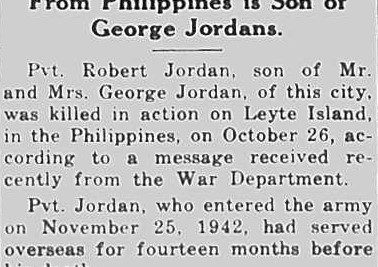 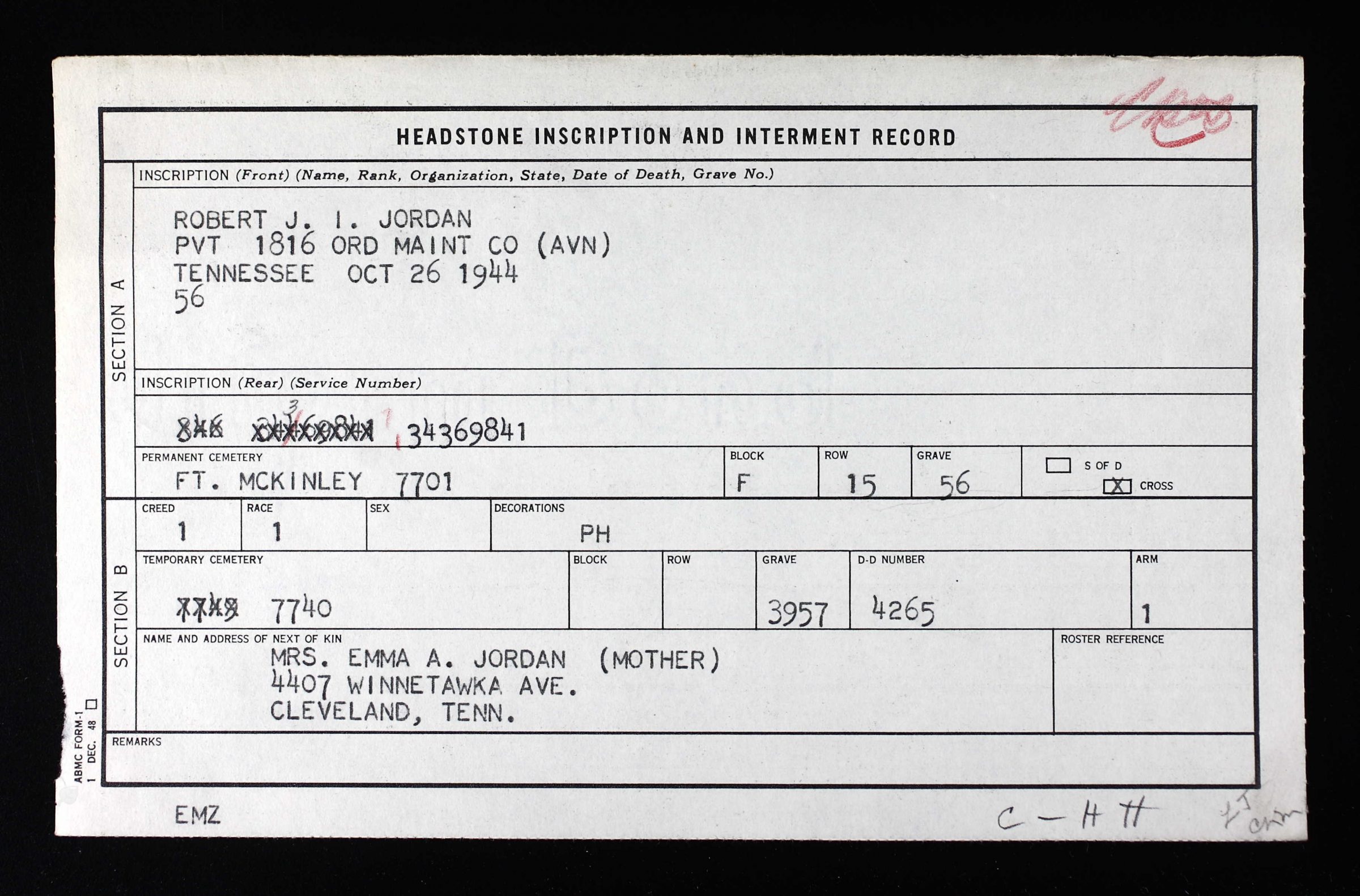