Robert Joseph Henderson was born in Soddy, Hamilton County, Tennessee. He was a miner before entering the service June 4, 1914 at Chattanooga. He sailed to the Phillippines September 16, 1914 and served three years there. He landed in American April 1, 1918 in California and from there he was sent to Douglas, Arizona. He took sick onroute to France and was sick for two month. He died on July 7, 1918 and was originally buried at the American Cemetery Talence, Gironde in France.
Cause of death: Syphilis, spinal, Septicemia, Decubitus, lower dorsal region and right hip. 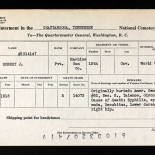 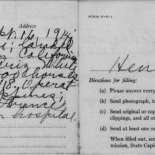 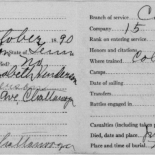 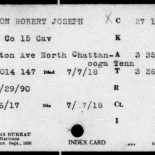 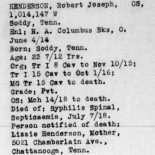 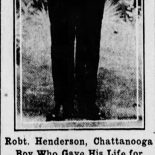