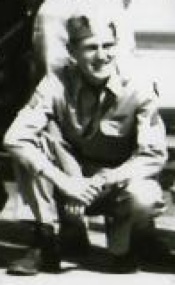 Sgt. Robert Henderson Rimmer was attached to the 384th Bomb Group, 545th Bomb Squadron, stationed at Station 106, Grafton-Underwood, England. He was a B-17, ball turret gunner assigned to Lt. Charles A. Zitnik’s crew. Lt. Zitnik had previously been the Co-Pilot of the “Damn Yankee” crew and after 12 missions was assigned as a 1st pilot.

On November 26, 1943, the crew was assigned to a B-17G bomber named “Chaplain’s Office”, serialnumber 42-37762. The scheduled mission for the day was Bremen, Germany. Prior to arriving at the target, the plane was heavily attacked by German fighters and dropped out of formation. Badly damaged, the crew was given the order to bail out and they began jumping out of the plane’s bomb bay.

As Sgt. Rimmer jumped, his parachute deployed in the bomb bay and became entangled on a large jackscrew which opens and closes the bomb bay doors. Another crew member still aboard the plane then attempted to pull him back up but was unable to do so. Lt. Zitnik stayed at the controls of the stricken bomber to give the crew member more time to pull Sgt. Rimmer up. At this time, three German fighters from the nearby field at Bad Zwischenahn, Germany, surrounded the bomber and turned it toward their base. According to a German eyewitness, the bomber circled the base while a crew member tried to pull Sgt. Rimmer back up. Shortly thereafter, the plane began to lose altitude and passed low over a hangar. It was at this point that Sgt. Rimmer’s body struck the hangar roof and he was killed. The plane crashed at the field, and Lt. Zitnik and the other crew member were taken prisoner.

The Germans took Sgt. Rimmer’s body to a Protestant cemetery and buried him with military honors. He was the only member of the crew to be killed in action. The German airbase is gone and presently a golf course takes up the former site. 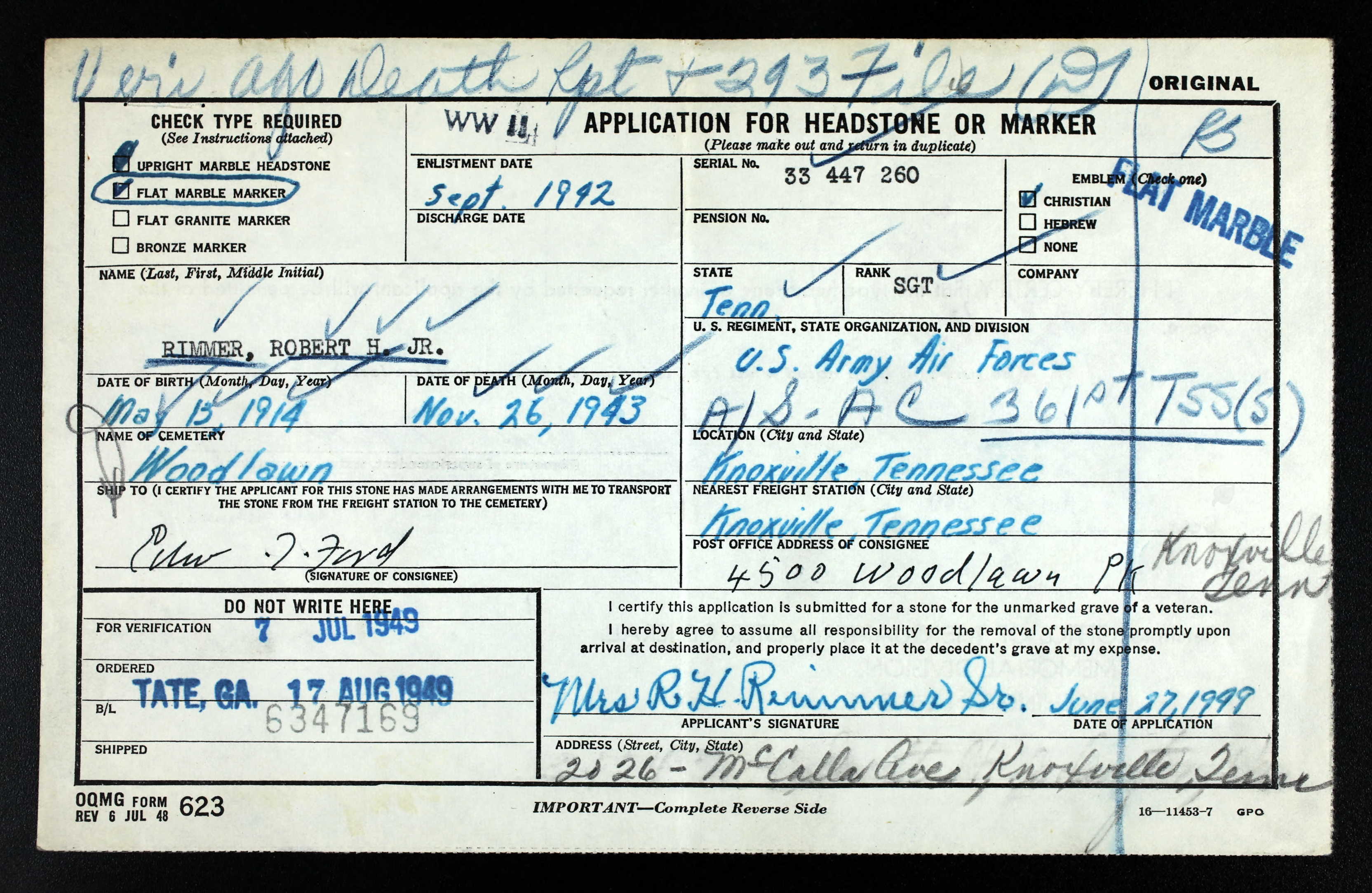 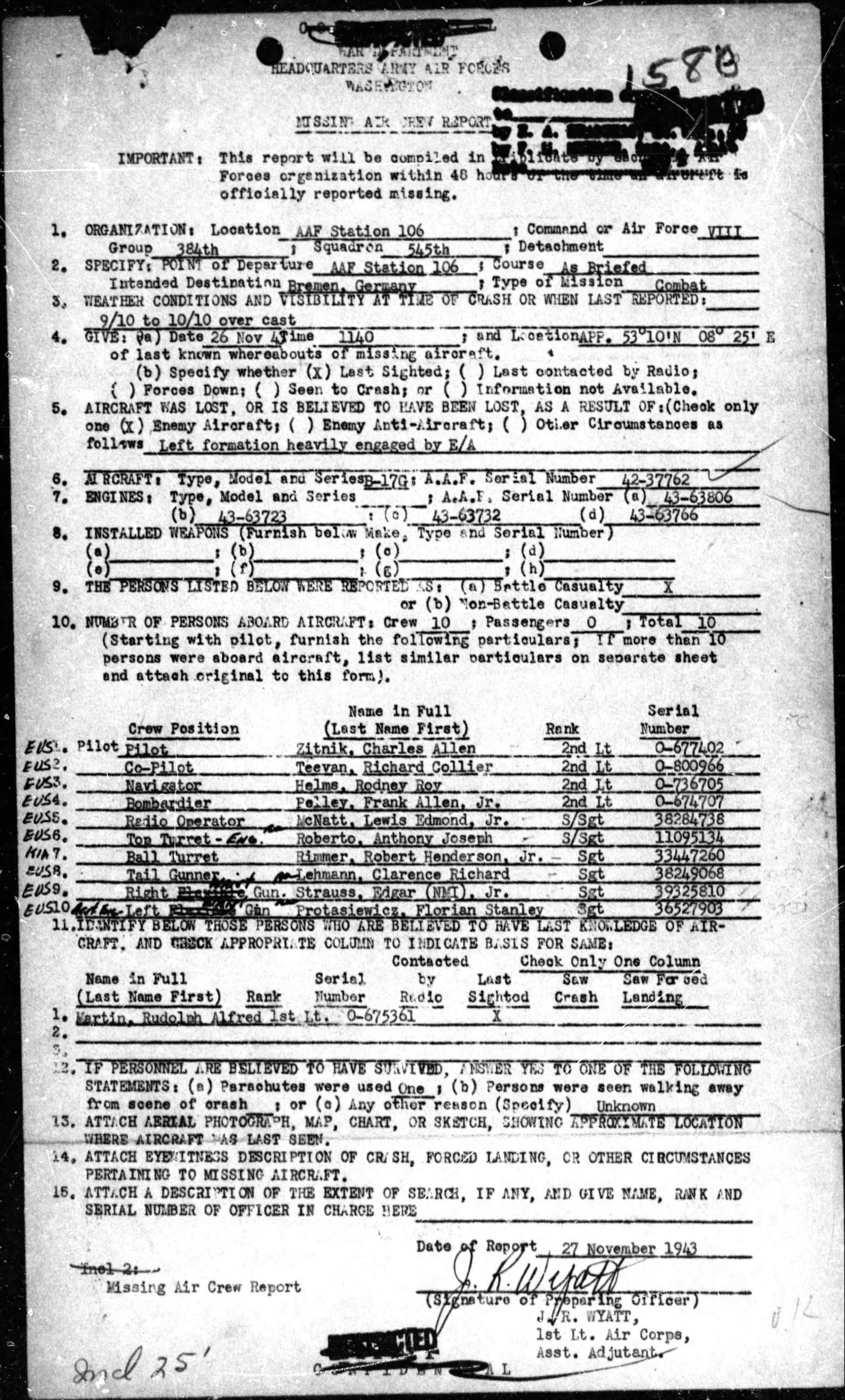