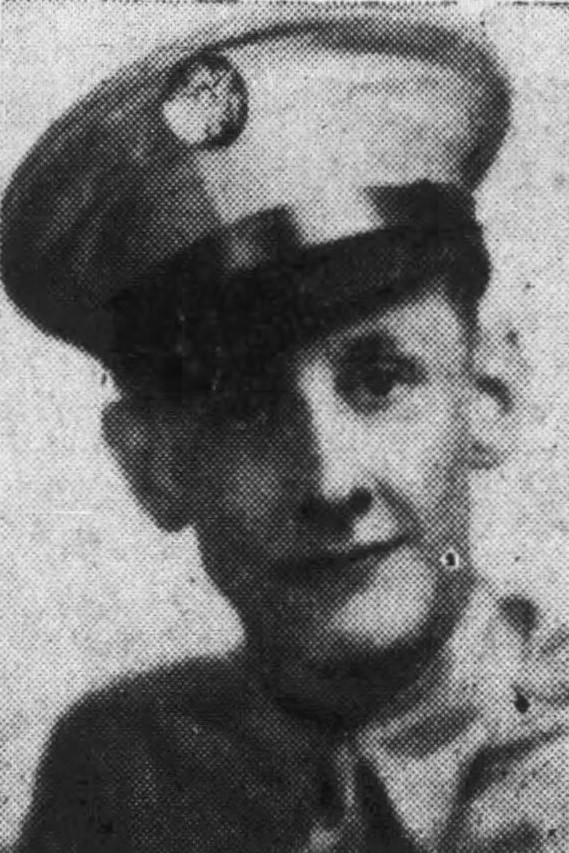 Staff Sergeant Hilton was the Tail Gunner on aircraft 42-29862. The aircraft was on a bombing mission to Courtrai, Belgium and was shot down by fighters near Ostende, Belgium.

S/Sgt Hilton was the only crew member who was killed in action. The other crewmembers were taken Prisoner of War.

The Elizabethton Star, June 14, 1943
In a telegram received yesterday from the War Department, Mr. and Mrs. Clarence Hilton, 210 West H. street, were notified that their son, Staff Sgt. Robert Harold Hilton, who was reported missing in action since May 14, was killed in action in the European area. This information was received from the German government through the International Red Cross which reported it to the War Department. Sgt. Hilton, age 20, was born in Elizabethton. He attended the schools in Elizabethton and was an employee of the American Bemberg Corportation prior to volunteering into the air corps. He entered service July 2, 1942 and took his basic training at Keesler Field, Mississippi. Young Hilton was graduated from aerial gunnery school and received his wings at Pullman, Washington on November 15, 1942, after which he was transferred to Pueblo, Colorada. He was assigned to a bombardment squadron as an aerial gunner on a Flying Fortress and was sent overseas in April of this year. He was a member of the Grace Tabernacle Baptist church, having been converted at the age of 14 and was a very active leader among the young people. Sgt. Hilton was engaged to be married to Miss Georgia Hart, daughter of Mr. and Mrs. Ed Hart of South Watauga, Tenn. In the last war, Sgt. Hilton’s father and three uncles, Lon, Bernie and Bob served with honor in Co. “G”, 117th Infantry, 30th Division in France and all returned safely home.
Survivors are his parents; one brother, Capt. Charles Hilton of the local State Guard; one sister-in-law, Mrs. Charles Hilton; one nephew, Charles Raymond Hilton; grandmothers, Mrs. S.B. Arwood; three uncles, Ardin A. Arwood, Robert Hilton and Jennings Hilton all of Elizabethton; five aunts, including Mrs. Clarence Moss, Mrs. Jack Chambers and Mrs. Bob Leonard, residents of Elizabethton. 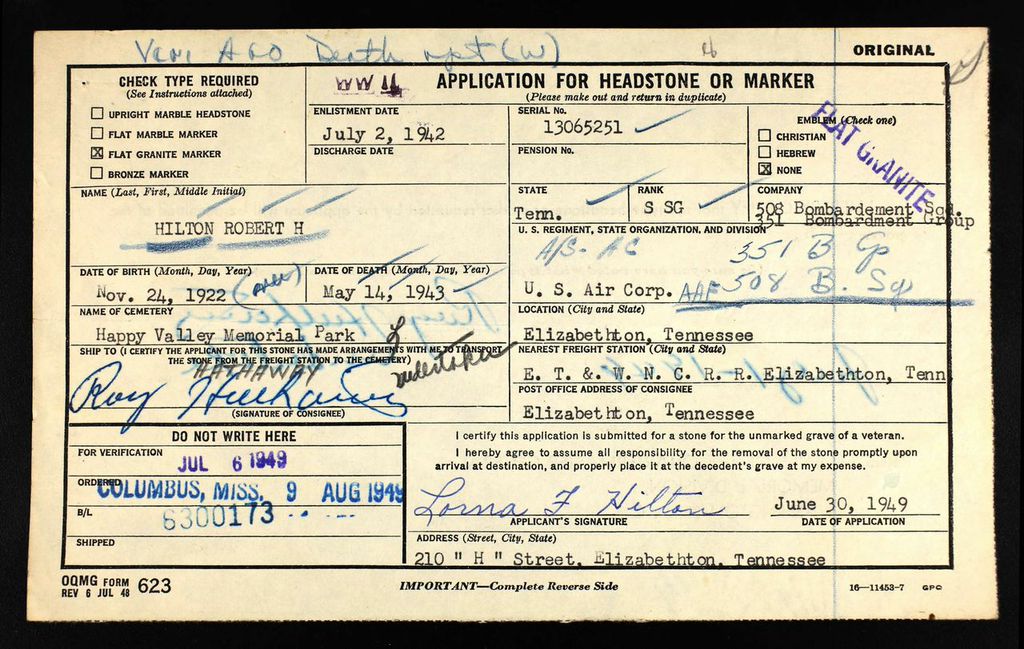 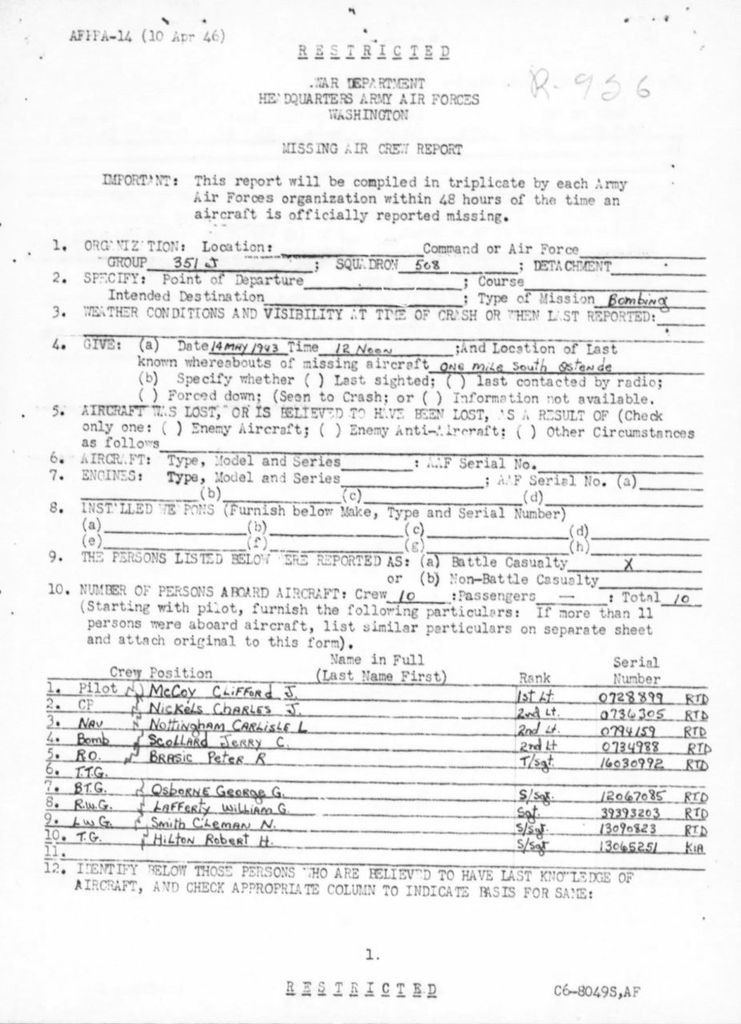 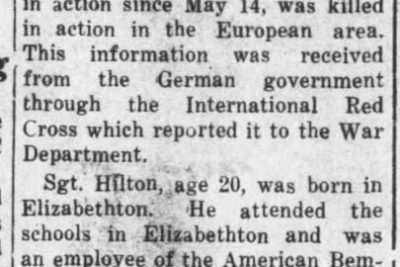 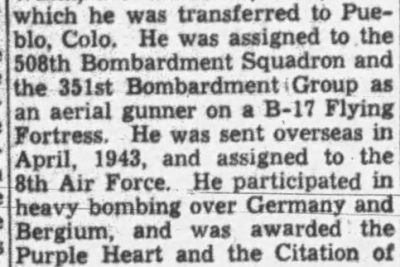