He Died non Battle on January 3, 1943 in North Africa. Robert Bryson was initially buried at the Casablanca European Cemetery at Morocco and was reburied at the North Africa American Cemetery, Carthage, Tunisia, Plot H, Row 20, Grave 6.

Dies of Pneumonia
Mr. and Mrs. Joseph Bryson of Coker Creek have been informed by the War Department that their son, Sgt. Robert Harden Bryson, 21 years and 11 months old, who was in the Army somewhere in the Western Europe area, died on Jan. 2 with pneumonia. He had been in the service two years. He is survived by his parents, three sisters, Alma, Mary Lou and Maida Lee Bryson, one brother, Henry, and his grandmother, Mrs. Marriett Bryson, aged 82, all of Coker Creek. He was the eldest child and was a volunteer. 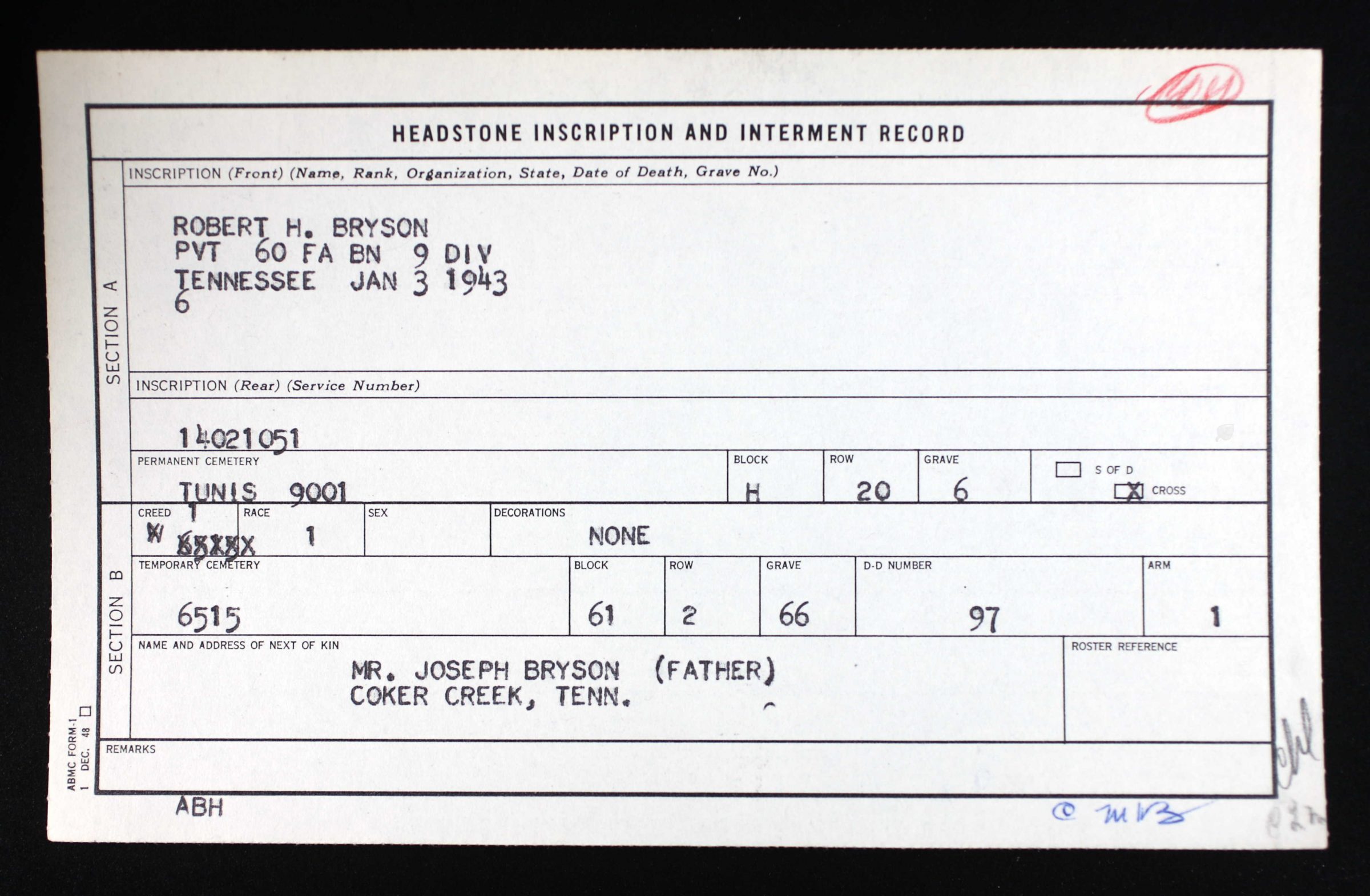 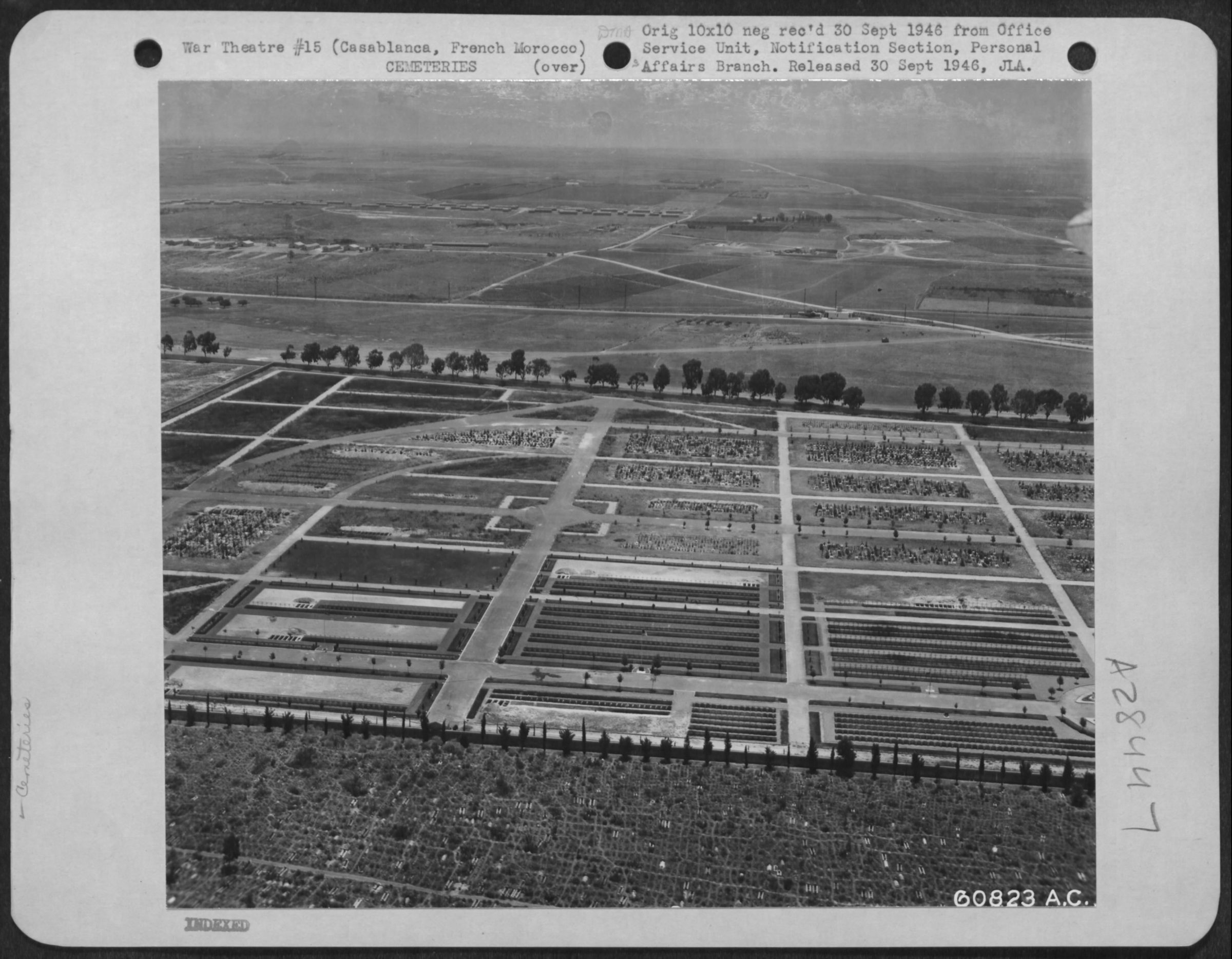