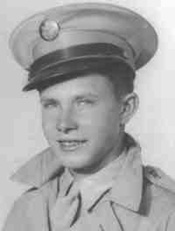 Robert G. Hampton hailed from Chattanooga, TN. “Glenn”, as he was known, was the son of Camuel A. and Dora Y. Hampton and brother of Mary Jo Hampton (Zorn) and Sue Hampton (Garrett). He was an honor graduate of Central High School in Chattanooga, TN and attended the University of Chattanooga for a short period. Prior to his military service, he was employed as a draftsman at Combustion Engineering. He entered the military at Ft. Oglethorpe, GA. and trained at Alamogordo, New Mexico. After finishing his training, just prior to being assigned to England, he had an emergency appendectomy which prevented him from taking leave before leaving for England. He preferred to stay with his group. He was described as a very loyal and dedicated young man.

On 18 March 1944, Aircraft B-24H, Serial number 41-28742, Nickname Old Glory, was on a bombardment mission to Friedrichshafen, Germany. The aircraft was downed by a fighter. Flames were seen on the flight deck. A/C was last seen under control, flying very low. Eight chutes seen. The aircraft crashed 1500 meter northeast of the community of Hardt near Schramberg, county of Rottweil, Germany. 6 Crew members were recovered (Hampton, Gray, Porter, Norris, Slack, Brooks), 3 were burned with no identification possible. S/Sgt Strickler was the only survivor. 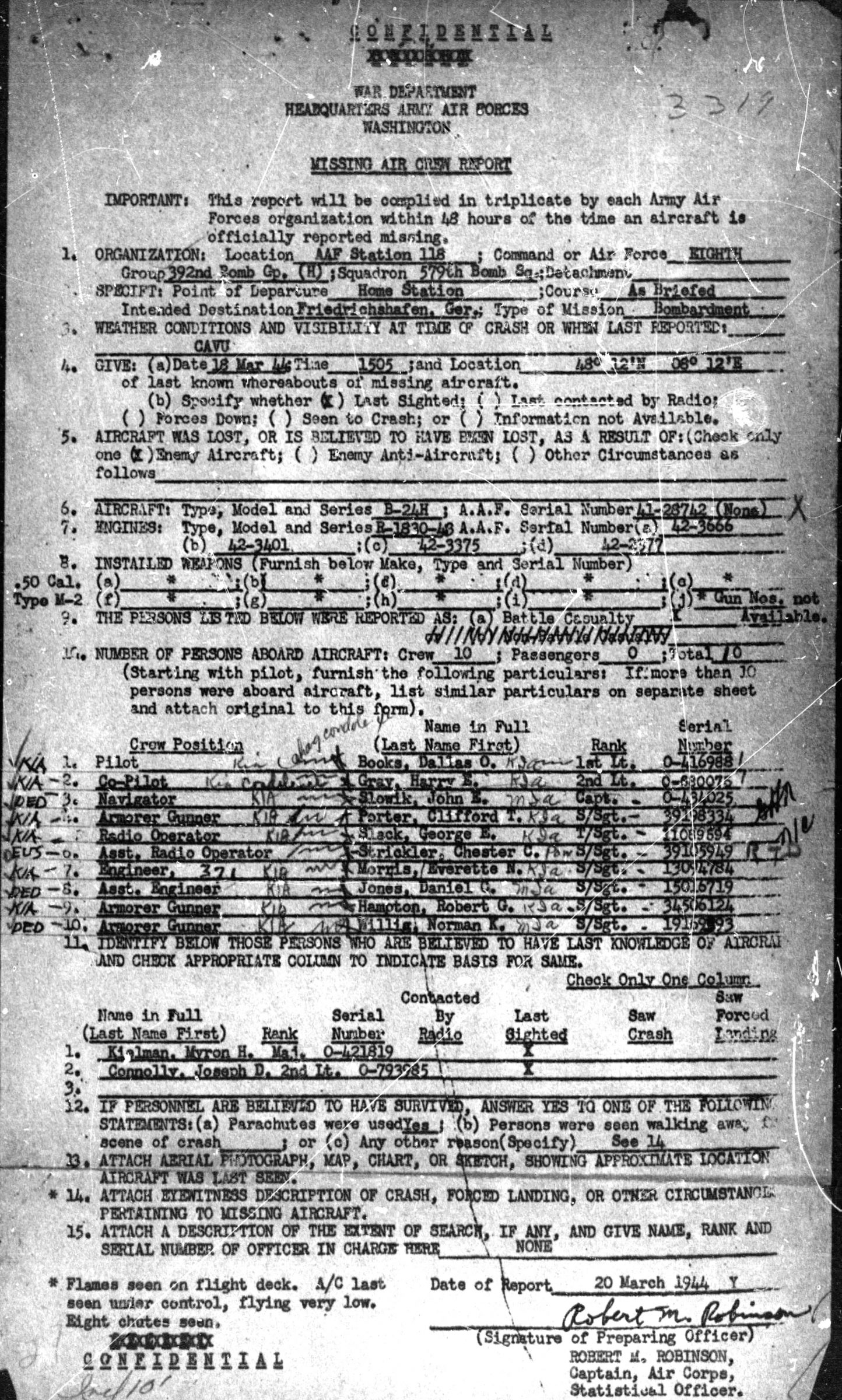 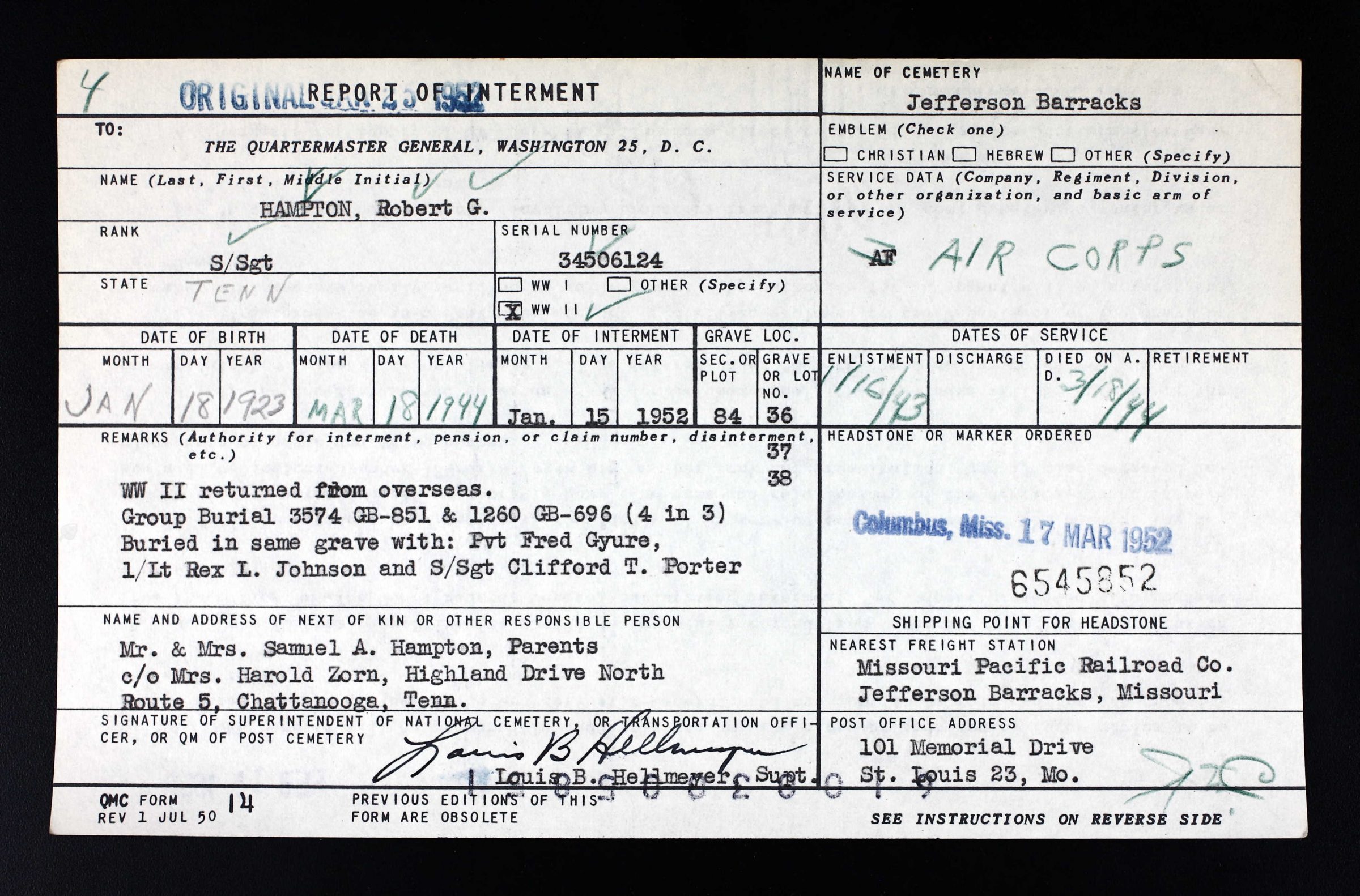