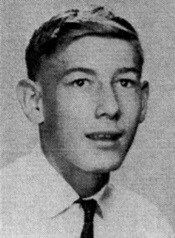 On February 28, 1970, at 1216 hours, the lead APC of a resupply convoy headed to Dau Tieng from the battalion forward base detonated an explosive device on one of the dirt roads running through the Michelin at XT 557512. The APC was completely destroyed and seven Bobcats were killed. At 1250 hours, a Dust-off was requested for two Bobcats who were in shock.
Graves registration personnel were called to the location to help recover body parts. The explosive device was later estimated to be in the 500 pound bomb category. An M-548 TVR was also damaged in the blast. The ramp from the APC was blown backwards into the 548, knocking out its final drive.