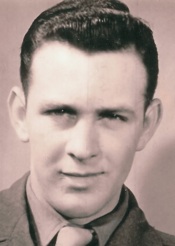 Robert was born in Johnson City, Washington County, Tennessee on 1 March 1929. He lived in the Midway Community, a small community between Johnson City and Jonesborough. Robert attended Midway School prior to enlisting in the United States Army and being assigned to a unit in Germany. He returned home after that assignment and reenlisted, thus enabling him to bring a very special friend named Kitty home to Tennessee to be his wife, but before that could happen, he had to complete a tour of duty in Korea first.

Robert now assigned to Company E, 2nd Battalion, 9th Infantry Regiment (Manchu), 2nd Infantry Division (Indianhead) as a Light Weapons Infantryman and sent to Korea. Manchu was a nickname the 9th earned during the Boxer Rebellion and China Relief Expedition in 1900. Robert arrived in Pusan, South Korea on 23 July 1950; his was the first unit to set foot on Korean soil from the United States after the United Nations declaration.

The 9th went straight into defensive positions on the Pusan Perimeter along the Naktong River Line where they received their baptism of fire in the First Battle of the Naktong Bulge, 5-19 August 1950. After the breakout they fought and took Cloverleaf and Obong-Ni Ridge where they stayed until 1 September when the last North Korean attempt to annihilate the Pusan Perimeter defenders shattered the Regiment, thereby causing them to retreat momentarily. Robert with 800 Manchus reorganized with the 5th Marine Regiment, counterattacked and retook Cloverleaf and Obong-Ni Ridge. They then started to push the North Koreans back to the Yalu River as part of the U.S. Eighth Army.

Robert was wounded in the ankle on 7 September and returned to duty on 27 October 1950. He reentered the fight and thought as did the other U.S. soldiers that the war would soon be over. They believed that they would all be home for Christmas as they neared the end of their push northward. Those beliefs were crushed on 25 November 1950, when several Red Chinese Armies attacked the Eighth Army in the vicinity of the Chongchon River. The 9th was one of the hardest hit units and could only account for approximately one-half of its assigned members at daylight on 26 November, but Robert was one of those still. On 30 November, the Manchus started to run what is now called the Gauntlet. Robert went missing in the Battle of the Chongchon River (The Gauntlet), near Kunu-Ri, North Korea on 1 December 1950. Neither he nor his remains have ever been recovered. At this point, a majority of the remaining 1st and 2nd Battalion Manchus never made it out of the Gauntlet and are still listed as Missing in Action. Robert was officially declared dead on 31 December 1953 as were many more Manchus.

Robert was 21 years old and the son of Tennessee Adams and Eva Mae Johnson. His brother Jack served in the United States Army during World War II and was a German Prisoner of War. After Robert went missing the family maintained contact with Kitty in Germany, but sadly that ended after he was declared dead and she never made it to Tennessee. 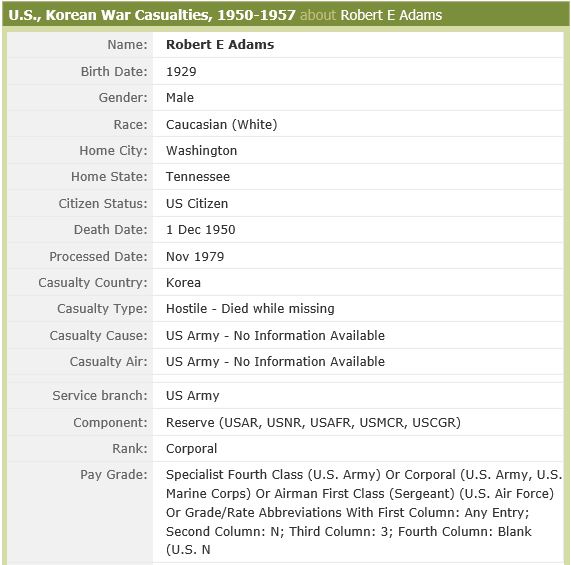 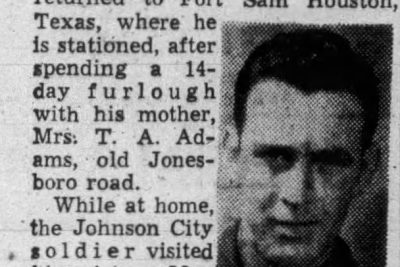