Private Robert David Disney of Lake City was born on May 8, 1919. He was the son of John M. and Meadie J. Curnutt Disney. He was the brother of Martha L. Disney, William L. Disney, Ernest H. Disney, Hattie Disney, and Herbert W. Disney. In 1930, he was living with his family in Campbell County. Prior to joining the military, he worked as a farm hand. He enlisted in the military on February 7, 1942 in Fort Oglethorpe, Georgia. He served in the South Pacific in Company I, 169th Infantry, 43rd Divison. He was killed in action on July 27, 1943 and was returned from British Guinea USAF Cemetery, Finschaffen No. 4 in New Guinea. He was buried in Knoxville National Cemetery on June 26, 1948.

The 12th Gold Star was added to Anderson County’s Service Flag for World War II this week with the announcement of his death of in the South Pacific are of Pvt. Robert D. Disney, 24 of Lake City, RFD 1. Pvt. Disney was the son of Mrs. Meadie C. Disney.

According to official records, Pvt. Disney entered the service in February 1942, and his family recieved word that he was killed July 27, although the announcement to the press has just been released.

Before going into the service, Pvt. Disney worked with his father on the dairy farm.

Details of his service and of the action in which he died could not be obtained. 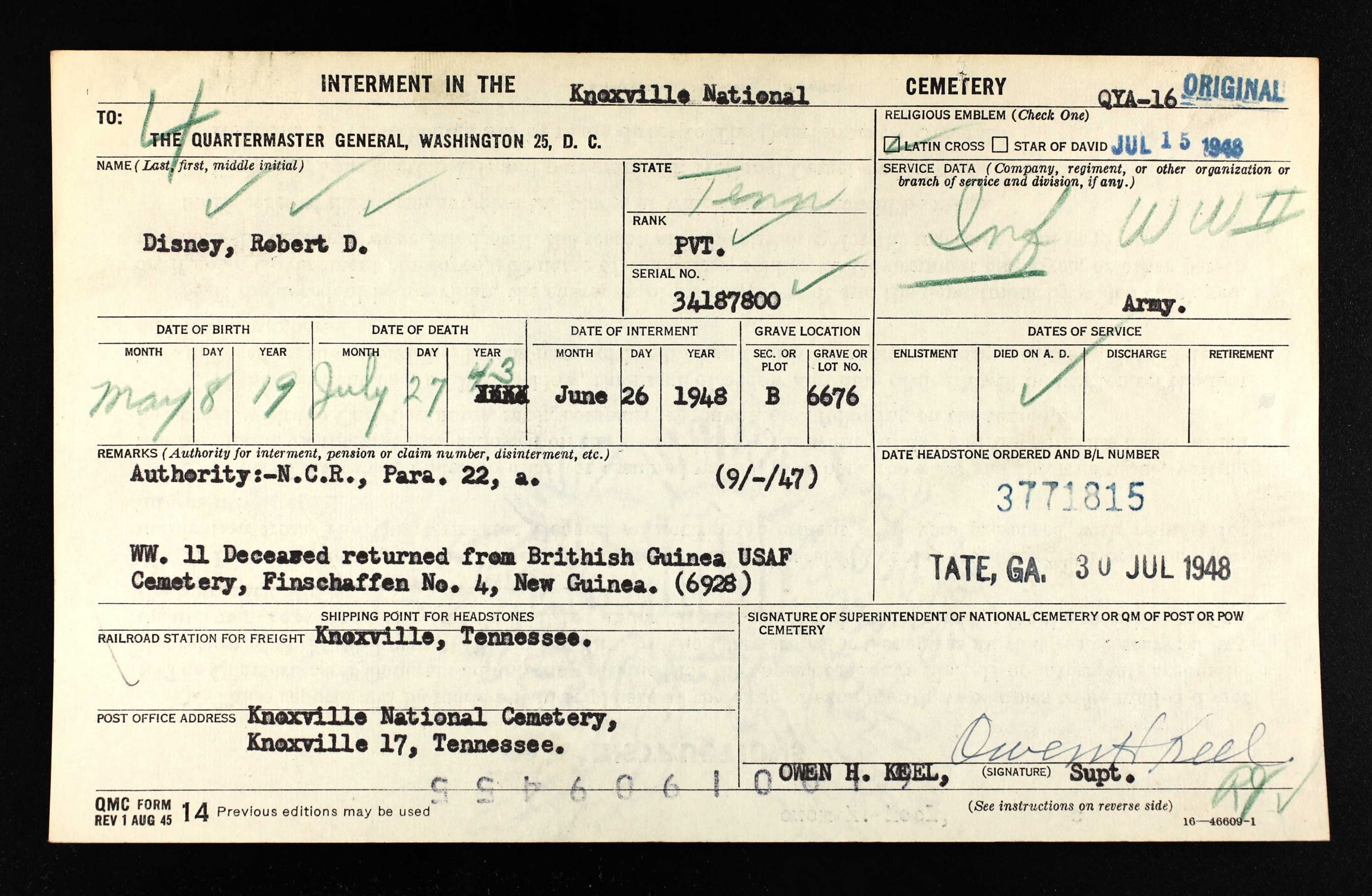