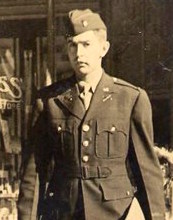 The Knoxville Journal, July 2, 1944
Second Lt. R.C. (Tubbie) Wallace, son of Mrs. Susie Wallace, Route 6, died of wounds received in action in Italy on June 3, according to information received by Mrs. Wallace from the War Department. Lieutenant Wallace had been overseas a year and had seen action on the Anzio beachhead within the past few months. He entered the Army in April, 1941, and trained in a tank destroyer battalion in a Southern state camp. He received his commission in November, 1942. Lieutenant Wallace was a member of Smithwood Baptist Church and also a member of the Tennessee Valley Hiking club. He was a skating enthusiast. 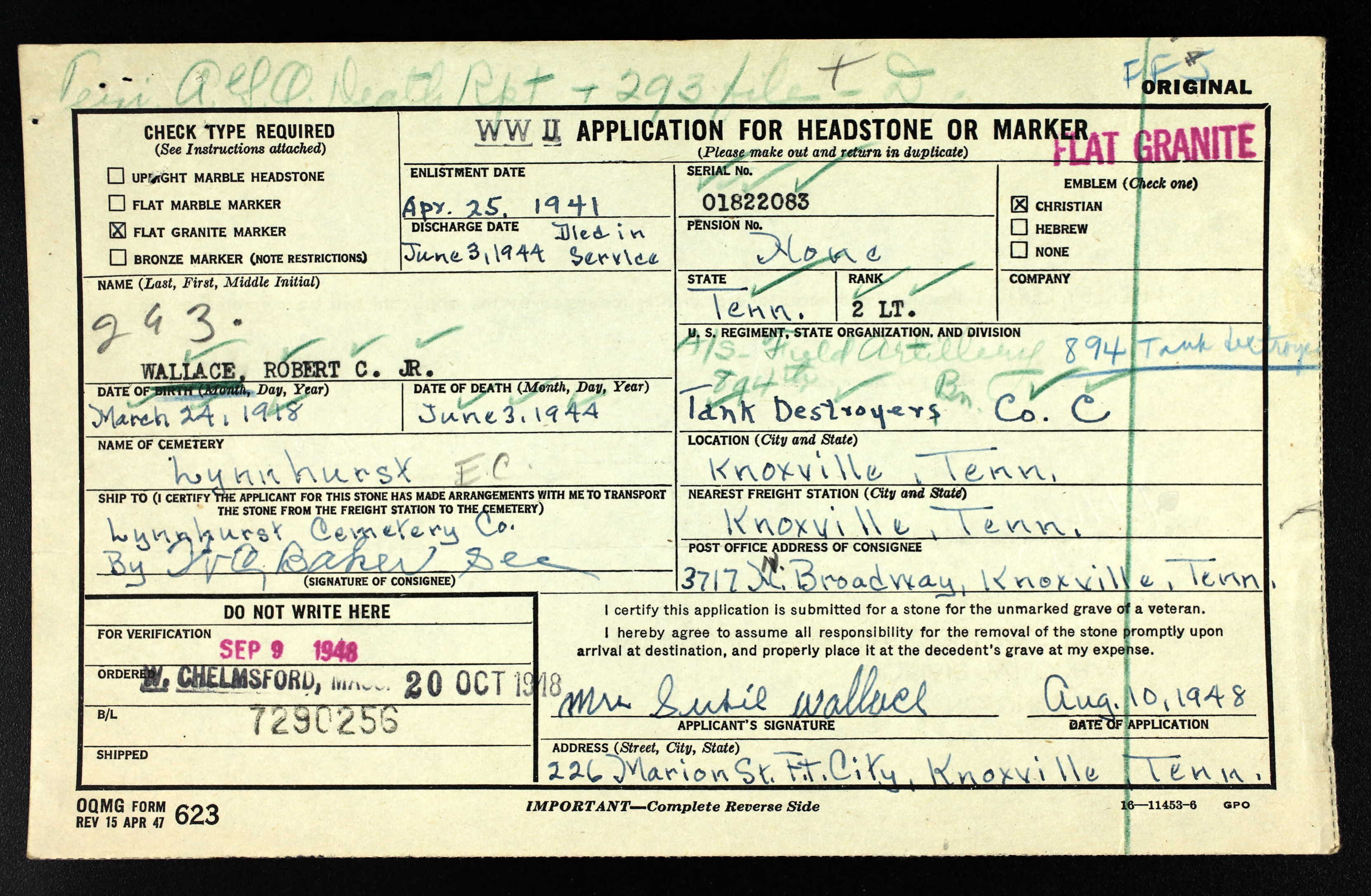