The Chattanooga Daily Times, June 16, 1943
News was received here yesterday of the death in an airplane crash near Lubbock Field in Texas Monday afternoon of Lt. Robert C. Morrison, 21, son of Robert C. Morrison Sr. of 722 Mississippi Avenue. Lt. Morrison, a graduate of Notre Dame School here and a student at the University of Chattanooga when he enlisted in the army air corps, was an instructor at the Lubbock Field. The crash occurred as he and a flying cadet, Robert D. Hodges of Indianapolis, were flying a training plane. Both died instantly. Morrison’s body will be brought to Chattanooga for services and burial, plans to be announced. Lt. Morrison’s wife, the former Miss Audrey Chauncey, daughter of Mr. and Mrs. Horace Chauncey, 2227 Lyndon Avenue, is visiting her parents here. 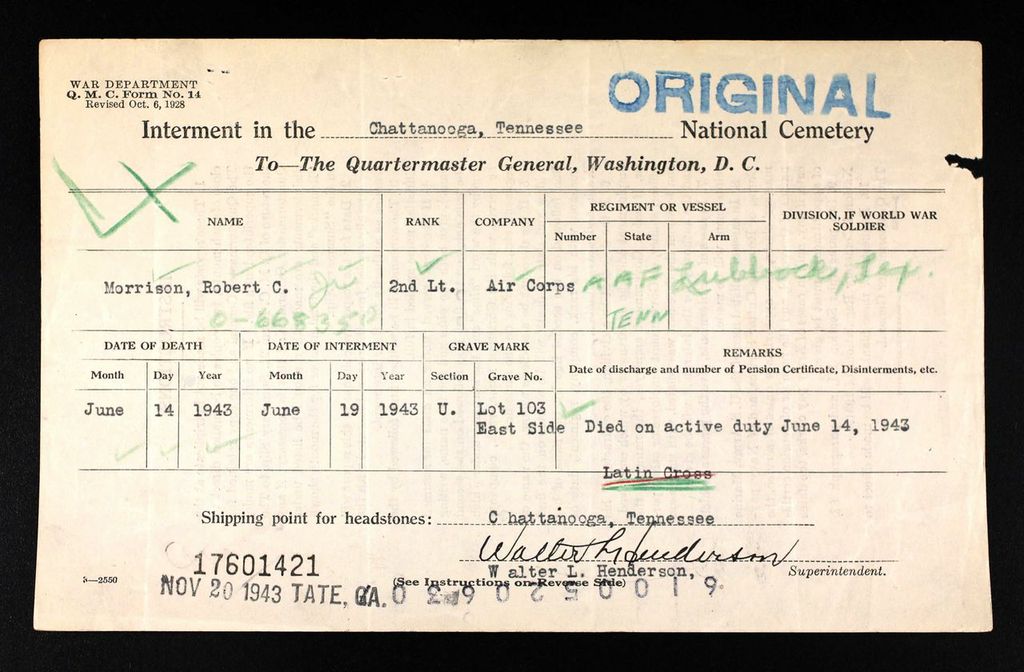 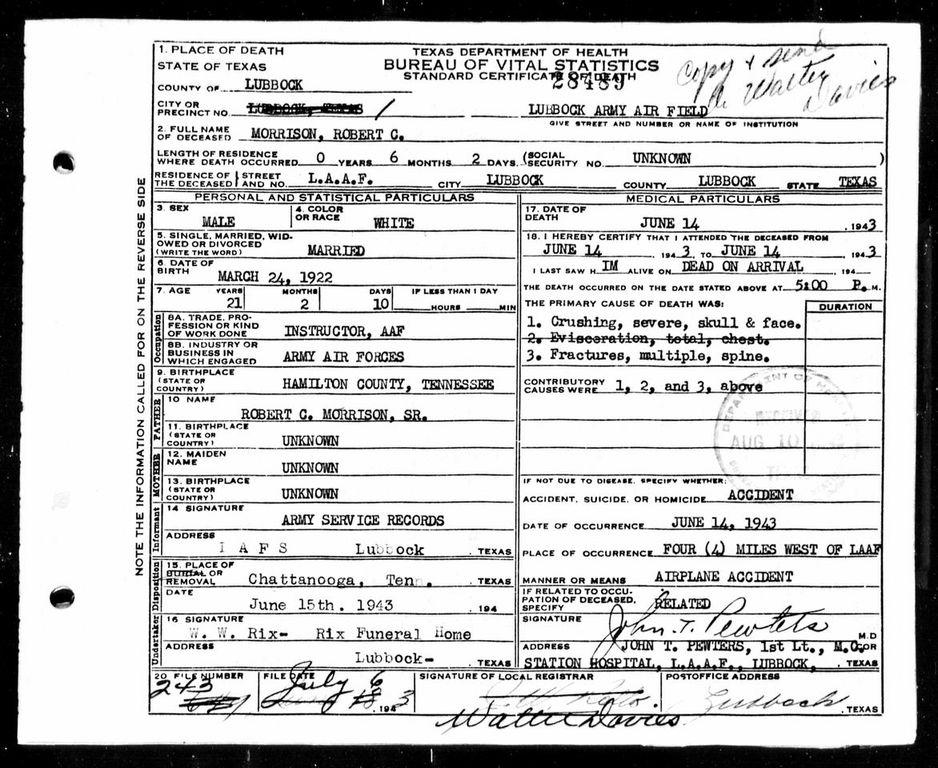 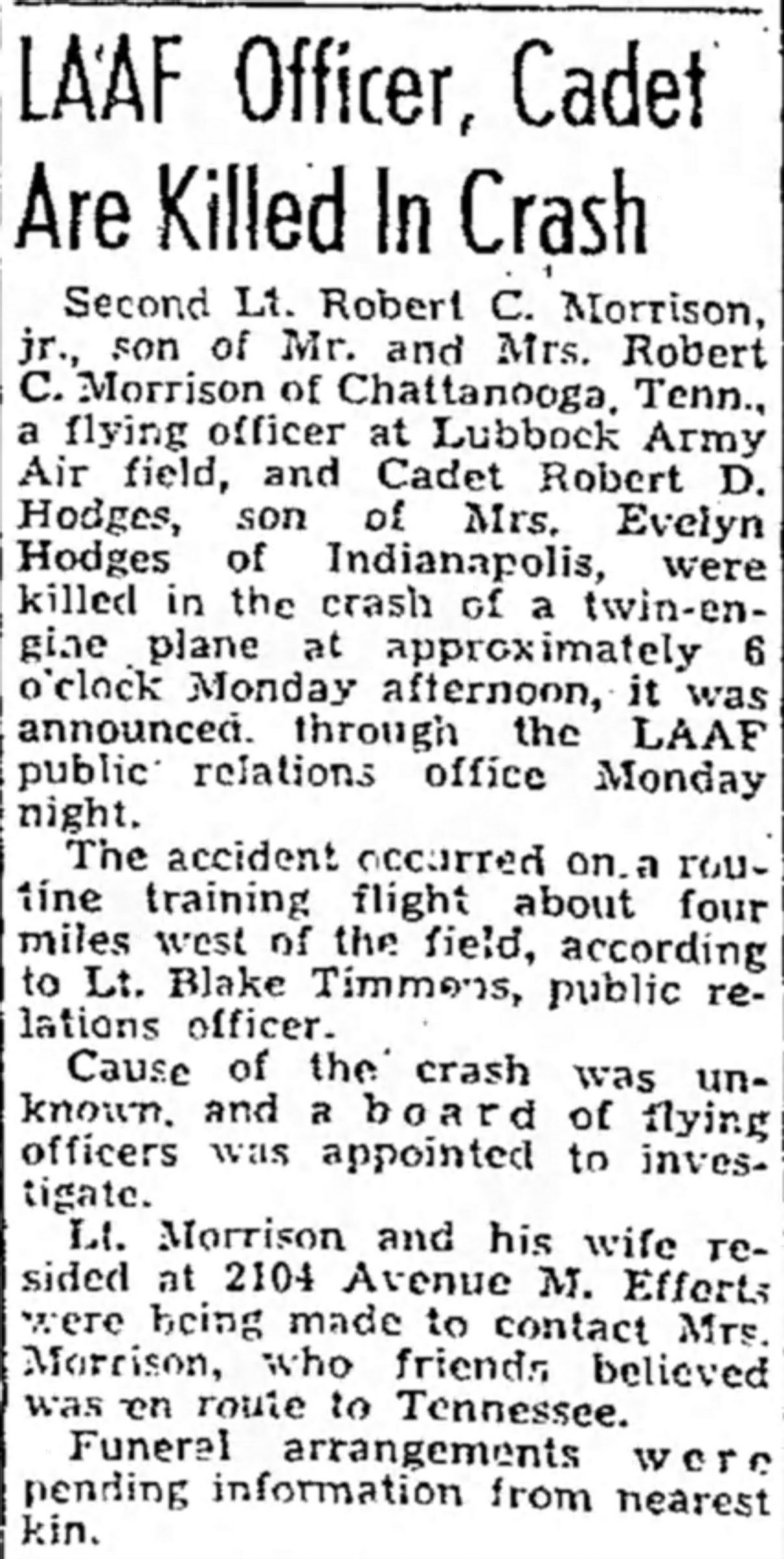 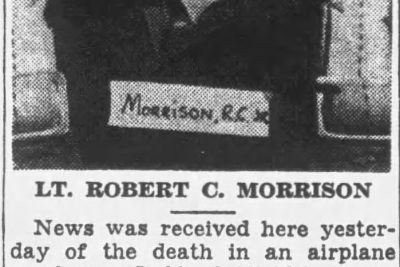