Personnel referred to departed from APO 924 on 9 July 1942. They departed from APO 922 in Flight L-5, 1007 K 14 july 1942, on route to APO 929 via Cooktown for refueling. Plane is believed to have gone down between APO 922 and Lully. Upon failure to arrive at final destination, several other aircraft and crews were sent out as searching parties, but discovered no trace of the missing airplane or his crew, nor have they been located subsequently.

The C-56 airplane was last seen on 14 July 1942 during a flight between two cities in Queensland, Australia, entering a cloud bank at 300 feet altitude. The plane’s normal route would have been near the east coast of Australia and probably a part of the route would have been over the sea. It was concluded that the plane either crashed or was forced down on land or sea in an area under control of friendly forces.

In addition to his memorial at the Manila American Cemetery, he has one at Happy Valley Memorial Park, Elizabethton, TN. 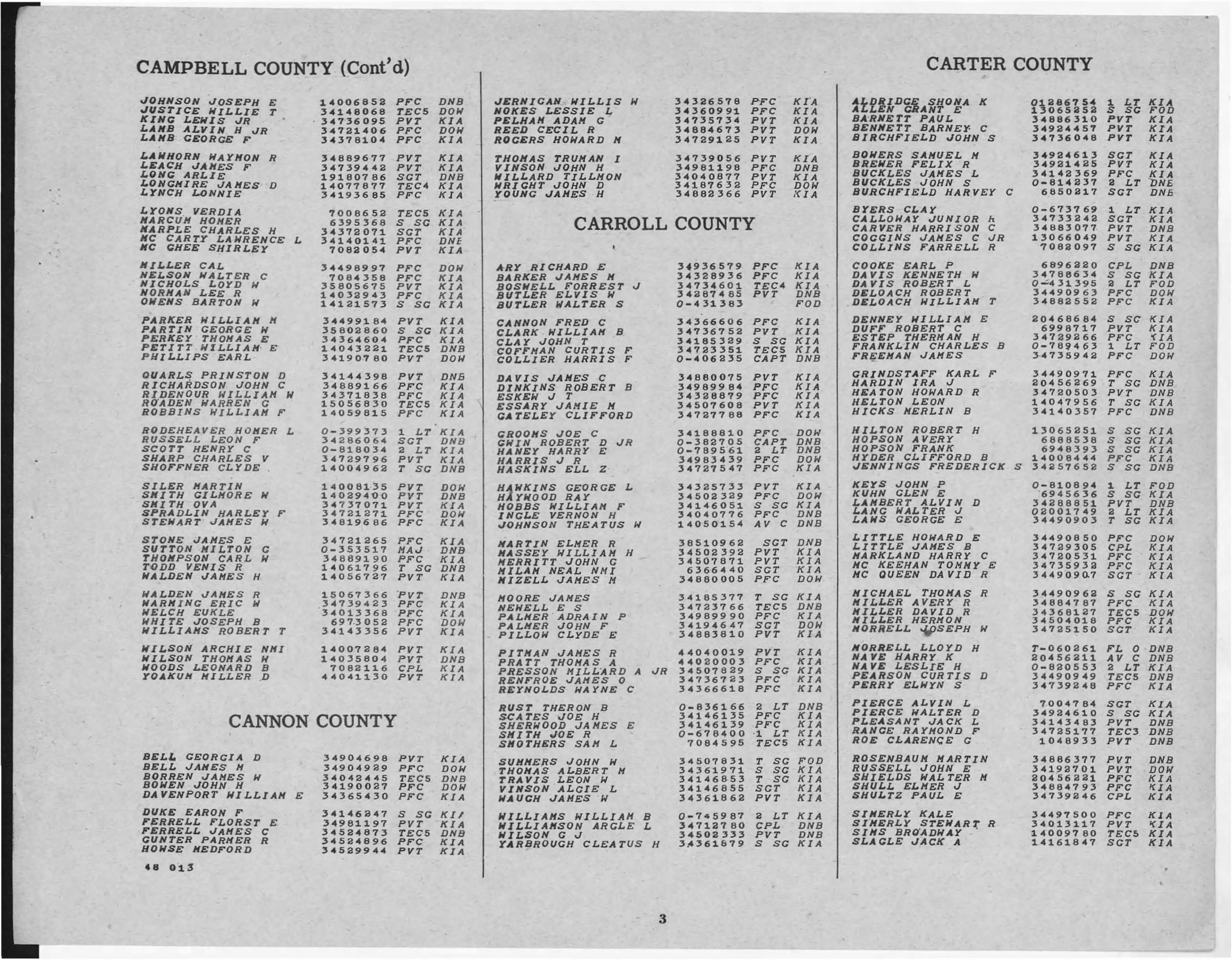 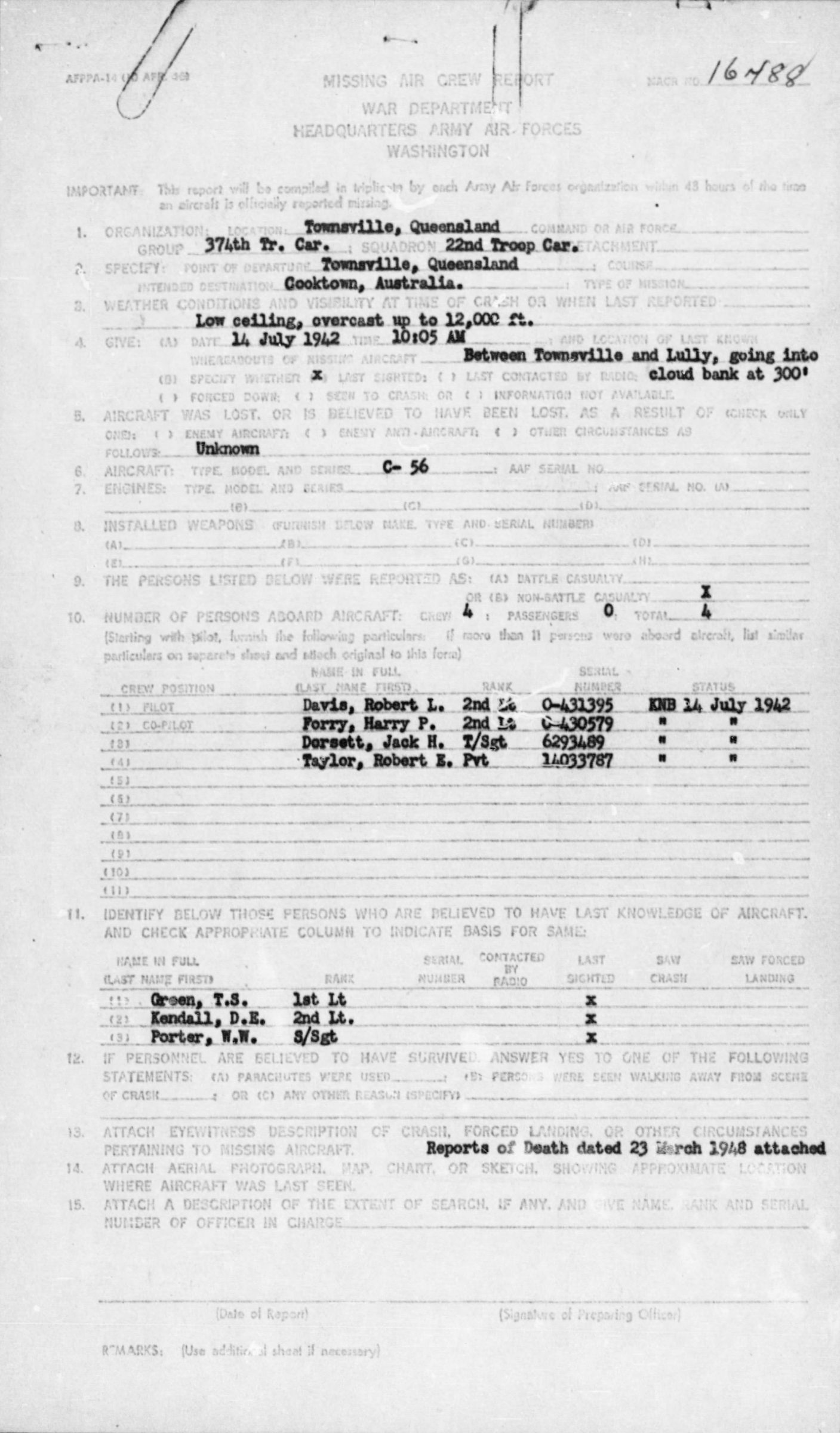 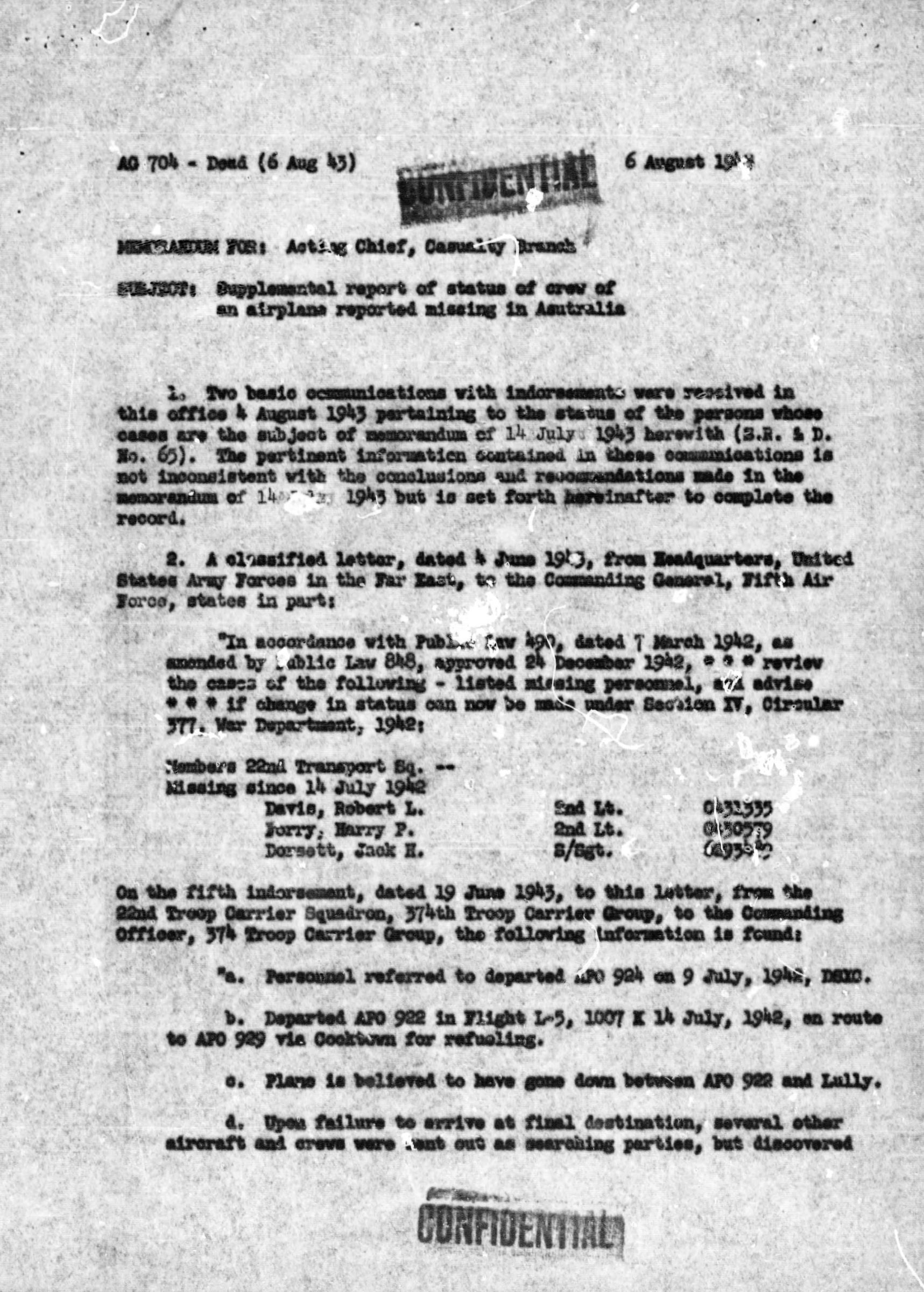 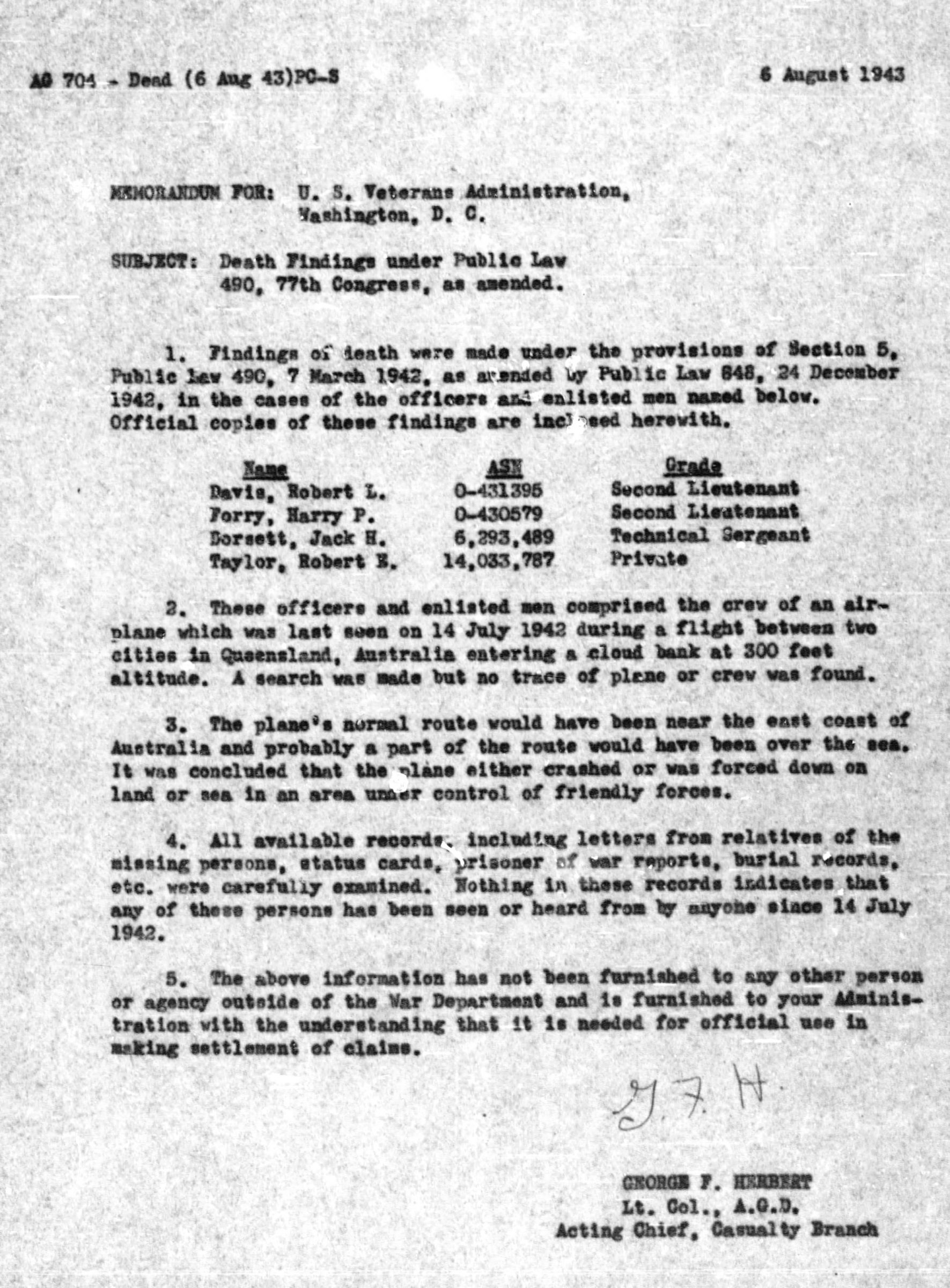