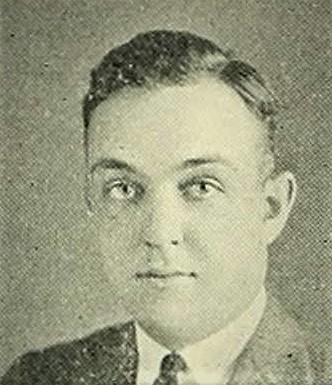 Robbins Patton was born on 27 September 1901 in Nashville, Tennessee, son of John Evander Patton and Anna Claire Robbins. On April 28, 1925 in Hamilton County, Tennessee he married Marjorie Atlee. They divorced, and on 29 April 29, 1933 he married Lynn Josephine Pitner.  He was the father of Frances and Louella Patton.
Died non Battle 29 July 1943 Santa Monica, California
Buried at Chattanooga National Cemetery, U, 101

The Chattanooga Daily Times, Sunday  1 August 1943
First Lt. Robbins Patton, 41, member of a prominent Chattanooga family, died Thursday in a hospital at Santa Monica, Calif., from the effects of a sunstroke suffered a week ago today, it was learned yesterday. He was president of the Patton Coal Mining Company in Chattanooga. An officer of the army coast artillery, he only recently was transferred from Camp Tyson, Tenn., to a camp near Santa Monica. Lt. Patton’s wife, Marie H. Patton, who was with him at the time of his death, will accompany the body to Chattanooga. The body will be shipped tomorrow afternoon and arrive here Thursday or Friday. Funeral services will be held at St. Paul’s Episcopal Church at a date to be announced, with burial to follow probably in National Cemetery.
A native of Nashville, he was the son of Mr. and Mrs. John Evander Patton, long residents of Chattanooga and now of Coalmont, Tenn.
He was a graduate of the McCallie School here, the Sewanee Military Academy and Georgia Tech. of Atlanta. After receiving his degree from Georgia Tech in 1922, he went to work for the West Virginia Engineering Company. After spending about a year with that firm, he became manager of thold Southern Cities Power Company of Chattanooga, in which position he remained until the company’s consolidation with the Tennessee Electric Power Company. He then obtained a position with the Tennessee Consolidated Coal Company at Palmer, Tenn., and later, with the Sewanee Fuel and Iron Company at Coalmont, Tenn. In 1938, he organized the Patton Coal Mining Company, which operates mines in Sequatchie County. He was president of that company at the time of his death. Lt. Patton is survived by his wife, Marie M. Patton of Signal Mountain, and two daughters, Frances and Louella; parents, Mr. and Mrs. John Evander Patton, Coalmont, Tenn.; sister, Mrs. Thomas Robinson Thrasher of Indianapolis and two brothers, John Evander Patton Jr., Lookout Mountain, and the Rev. Theodore Patton, Elkridge, Md.

Picture from the Georgia School of Technology in Georgia, Yearbook 1922. 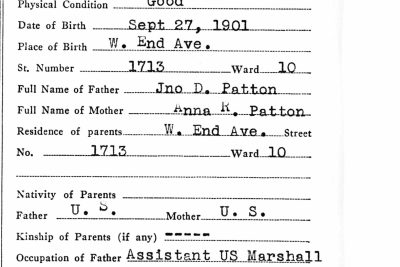 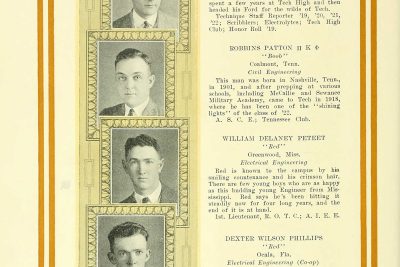 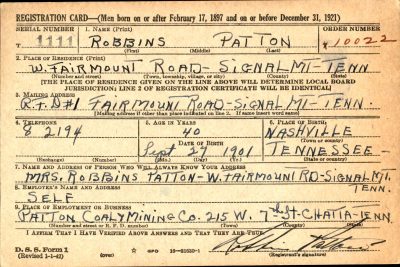 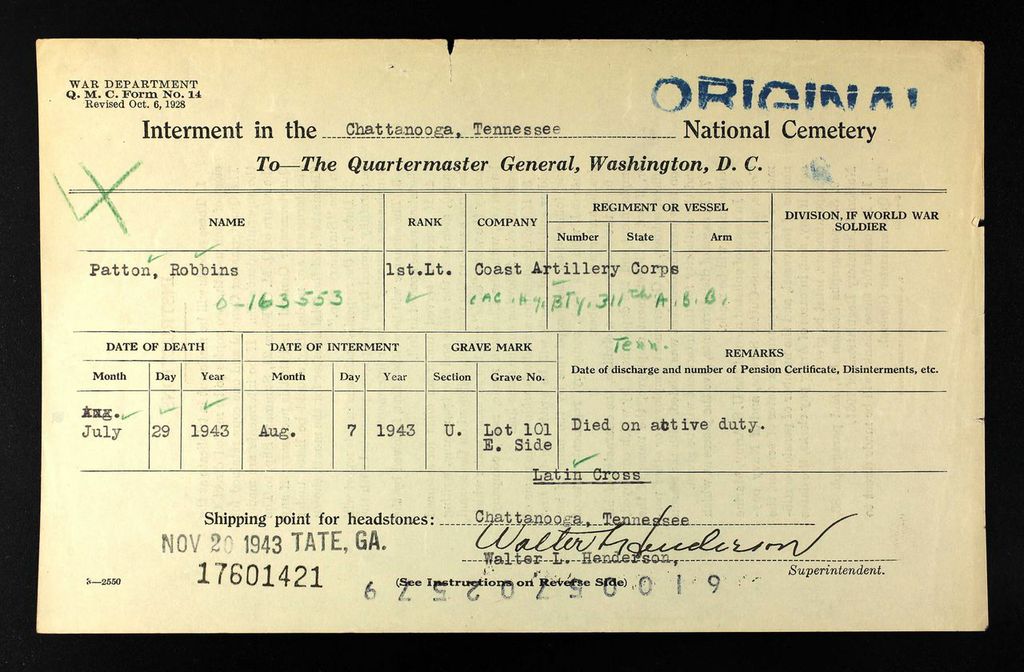 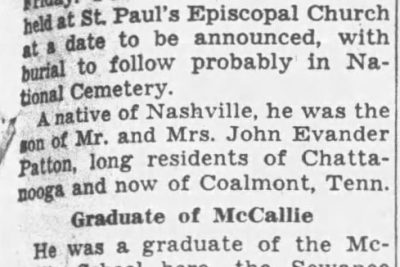