Carl Robbins, service number 324314, was killed in action in Siberia. Won the Distinguished Service Cross and the French Médaille de Guerre. He was part of the Siberian Intervention and was killed January 10, 1920 at Posolskaya, Siberia. He was with the American Expeditionary Forces. The 27th Infantry was called the Wolfhounds.

Citation: For extraordinary heroism in action with the enemy at Posolskaya, Siberia, January 10, 1920. When his platoon was attacked during the night by an armored train, Sergeant Robbins climbed up on the engine of the armored train in the face of pistol and machine gun fire and hurled a hand grenade into the cab, which rendered the engine incapable of further operation and in this gallant act himself losing his life. Residence at enlistment, Concord, Tenn. Posthumously awarded. Medal presented to mother Mrs. Alice Robbins.

The following night, Destroyer stopped at Posolskaya village, 60 miles nearer to the front. A detachment from M Co., Wolfhounds, was there commanded by Lt. Paul Kendall. The troops stared curiously at the fired up locomotive. The armored train looked like a landlocked battleship with cannon mounted on the front flat car and the locomotive behind this assault car. Then there were boxcars with Mongol troops and supplies. Luckily for the 38 Wolfhounds, Sgt. Carl Robbins had a Russian girl friend who warned the lanky Tennessean that Semenov’s men had not stopped there for the scenery. We’ll sleep outside tonight.” Kendall said when Robbins passed the warning along.
Sometime, after midnight, the Destroyer discharged its hail of rifle and cannon fire blasting the American boxcars to splinters; however, the Wolfhounds swarmed out from under the cars like angry bees and, surrounding the Mongol train, started pouring on a rain of rifle fire and hand grenades. Realizing that little damage was being done to the Destroyer, Sgt. Robbins dashed to the locomotive, vaulted into the cab, and threw a grenade into the firebox, killing the engineer and himself. The Russians decided Posolskaya was too hot for them, and the train limped out of town; however, Sgt. Robbins grenade had done its work and a few miles from the village the engine collapsed in a burst of steam. The Mongols telegraphed Kendall for permission to surrender. This turned out to be the last fight for the American Expeditionary Force. Sgt. Carl Robbins was awarded the Distinguished Service Cross, posthumously, and Lt. Kendall was also awarded the DSC. Lt. Kendall stayed in the Army to later command the 88 Div., in WW II. 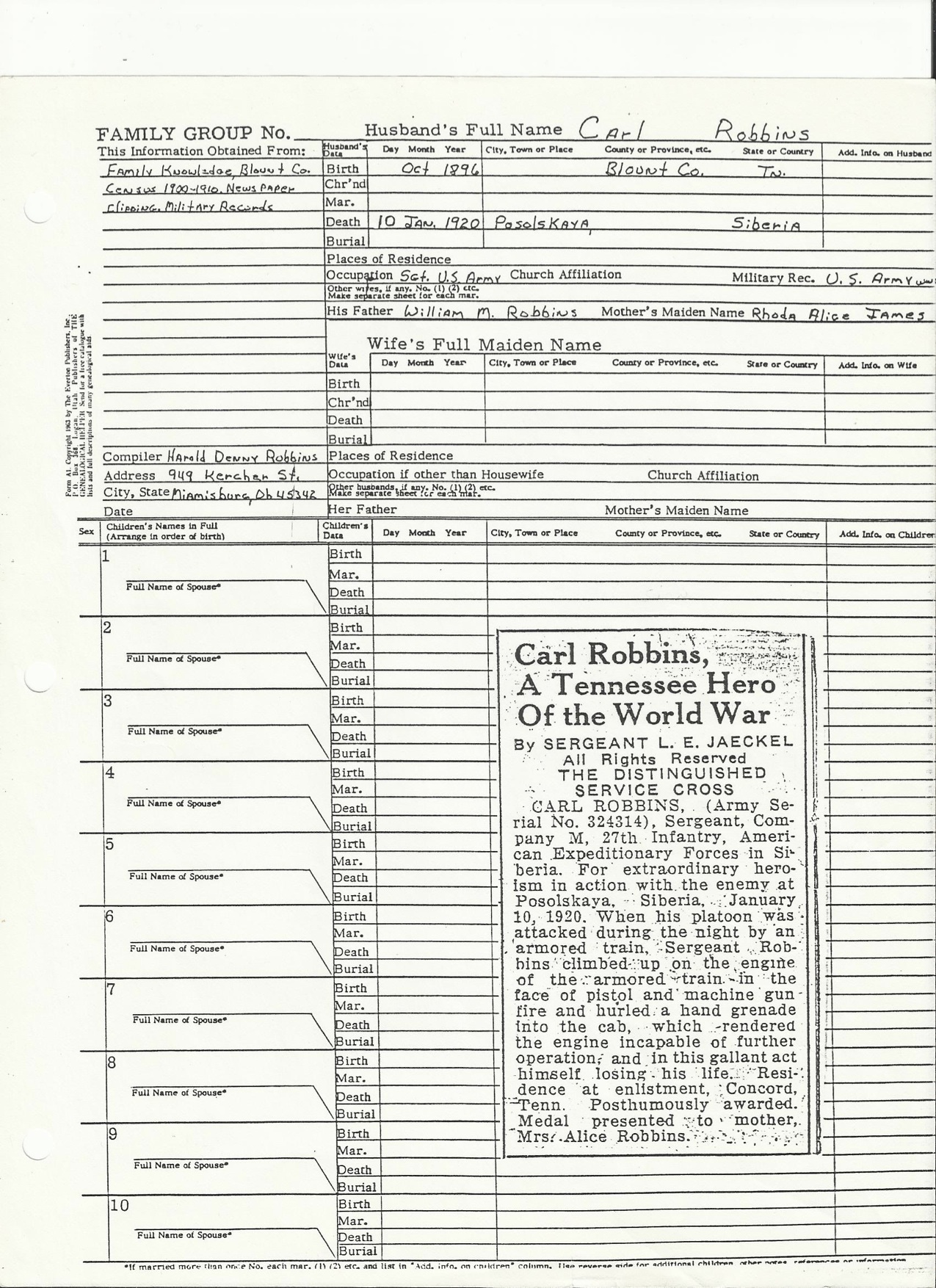 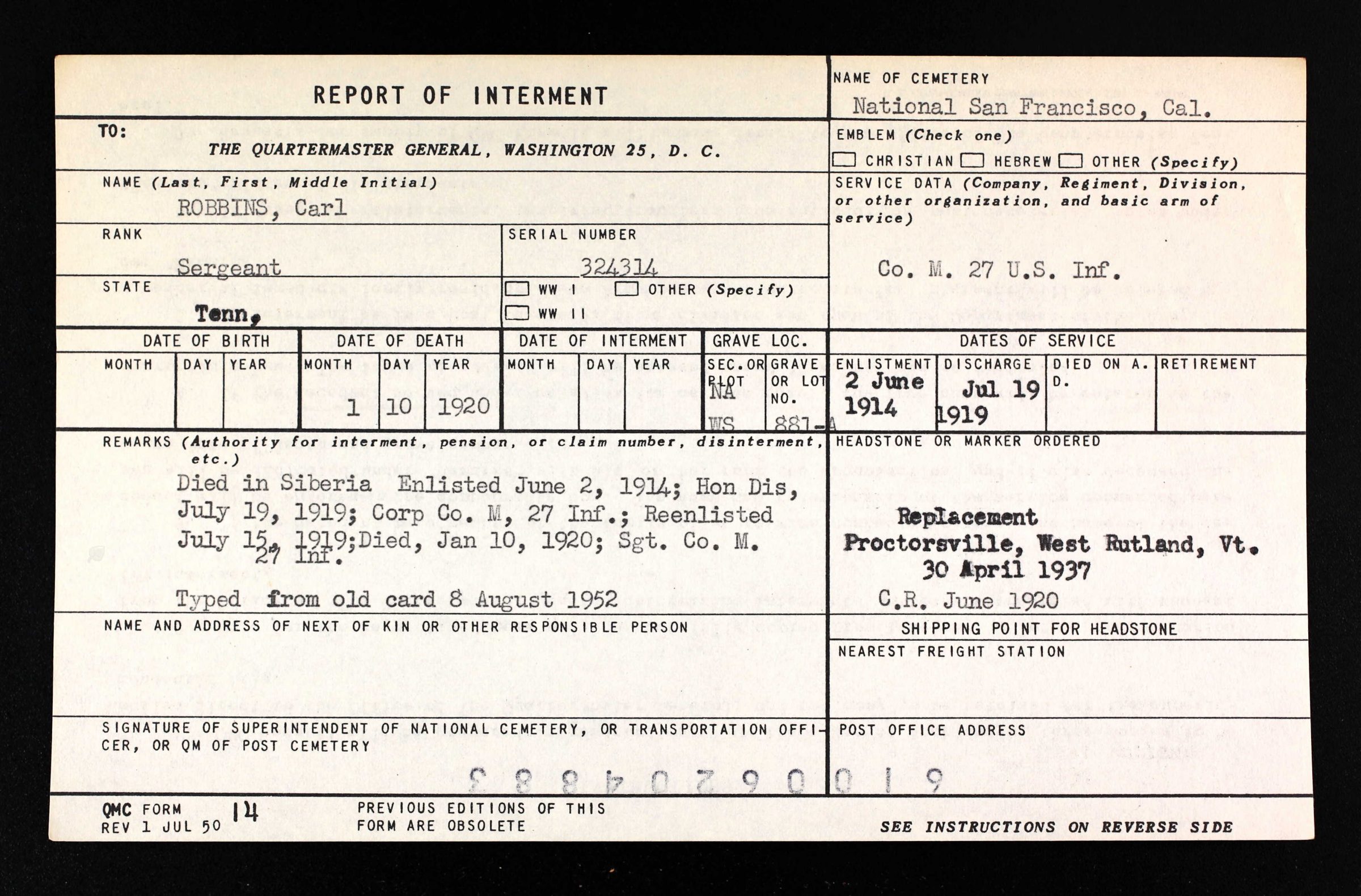 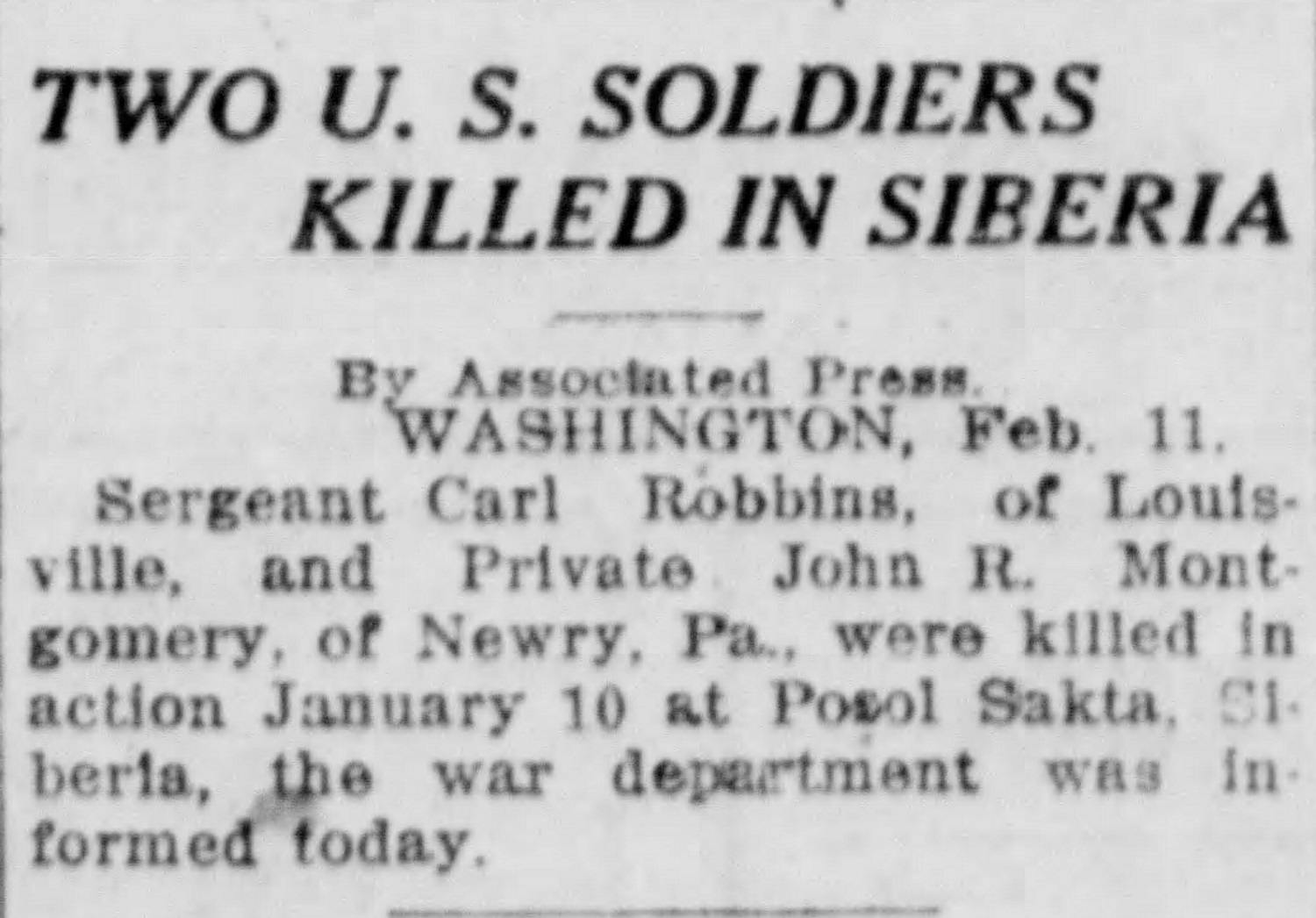