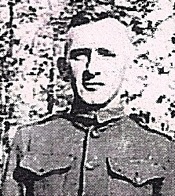 Riley Oliver Murphy joined the local National Guard unit for Etowah, which was Company G of the 2nd Tennessee Regiment. Riley and Company G served at the Mexican border in 1914. In April of 1917 the United States entered WWI and Company G became Company L assigned to the 117th Infantry Regiment as part of the famous 30th Army Division.

The unit was shipped to France and saw their first combat during the summer and fall of 1918. They participated in the Flanders Offensive, the Ypres-Lys Operation, and the Somme Offensive. These operations helped turn back the massive German westward advance that came within 50 miles of Paris. Riley was killed on October 7, 1918, as Company L advanced under heavy fire. Captain Dave Lillard of Company L described Riley as a “great hero and a true friend.” He further stated, “Riley saved my life more than once.”

As part of the 30th Army Division, Riley’s regiment was given credit for breaking the Hindenburg Line that brought WWI to a close. Riley Murphy was born in 1893, the son of John W. and Mary E. Murphy. After the war, Captain Dave Lillard returned to his law practice in Etowah and married Riley’s sister, Margaret. They raised a family, descendants of whom still live in East Tennessee today.

My father, Sam McCarty Murphy, Sr., was a younger brother of Riley. Although Riley died some 20 years before my brothers and I were born, Daddy made sure that we knew of the sacrifice that Riley made in 1918. Riley originally was buried in a Military Cemetery in France. In 1921 his body was returned to the United States at the request of his father. The flag that covered Riley’s coffin when his body was returned to Etowah in 1920 was carefully preserved by our family until it was recently donated to the museum in Etowah, Tenn. Uncle Riley is buried in the Etowah City Cemetery next to his parents, John W. and Mary Elizabeth Murphy.
–Submitted by Mary Jane Murphy Lewis

Announcement is made of the following award:

BY order of the secretary of the army: Kandace M. Daffin
LTC, AG
Chief, Awards and Decorations Branch 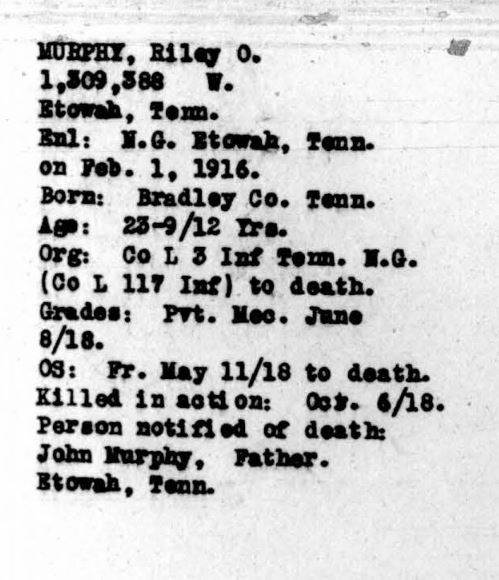 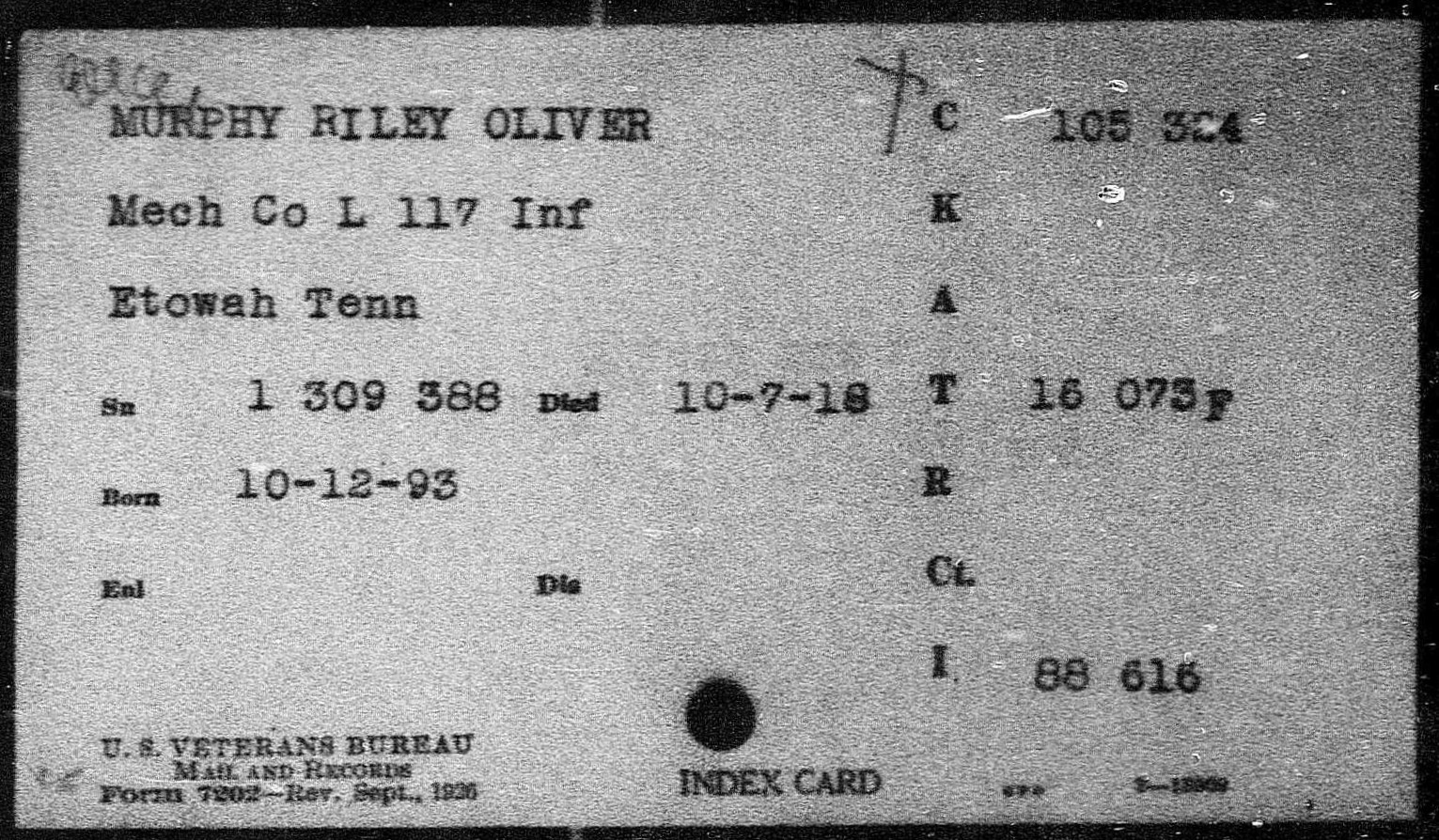