The Knoxville News-Sentinel, June 7, 1945
At home on furlough after completing 35 missions over Germany, First Lt. George D. McCurry’s happiness was shattered last Saturday when he learned of the death of his soldier-brother. Pfc. Richard P. McCurry, killed in action, May 20 on Okinawa. Lt. McCurry, 25, had been overseas nine months and took part in the bombing of Berlin. Pfc. McCurry, 20, a Marine, has been in the Pacific area for 18 months. They have another brother in service. Pfc. Eugene McCurry, 24, stationed in Florida. The soldoers are sons of Mr. and Mrs. Charles E. McCurry, 224 East Oklahoma Avenue. Lt. McCurry plans to seek transfer to the Pacific battlefron, relatives said, “to even the score for the death of his brother.” 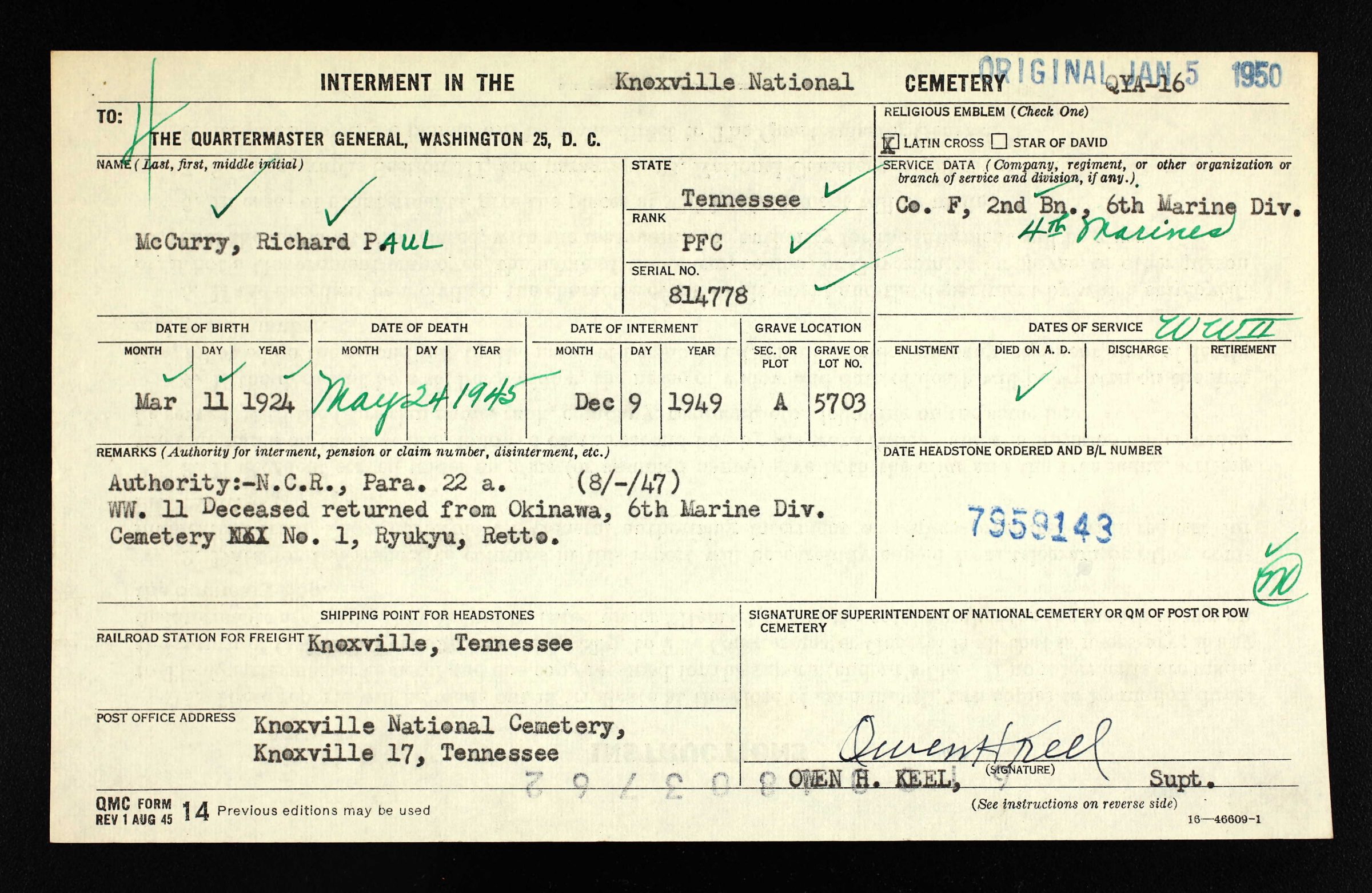 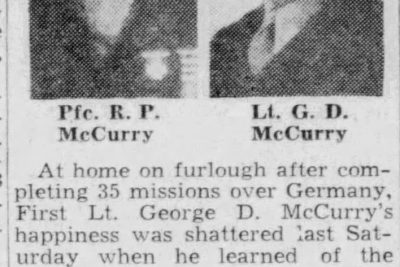