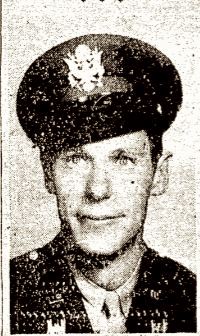 Article:
Morgantown, WV, Plane Crashes On Mountainside, April 1945
20 DIE AS PCA AIRLINER WRECKS ON WEST VIRGINIA MOUNTAINSIDE.
Morgantown (AP) — Pointing skyward, there remained today only a battered tailpiece and some scattered fragments of a storm-beset Pennsylvania Central Airline transport which crashed into a nearby mountain, carrying to an explosive death its 20 occupants. On a 2,200-foot ridge in Cooper’s Rock State Park, about 10 miles east of here, searchers found the bodies, most of them charred and mangled beyond recognition, strewn over 1,000 yards of thick underbrush.

Spotted first by planes, the scene of the tragedy was reached by rescuers on foot yesterday afternoon, almost a full day after the big silver plane left Pittsburgh and plunged earthward about a half hour’s flying time later en route to Birmingham, AL. Only a mass of smouldering rubble, broken bodies, and bits of clothing fluttering from treetops greeted the rescue party, one of whom declared: “We found the wreckage strewn all over the hillside.”

PCA officials said the pilot evidently was heading in heavy weather for a landing at the Morgantown airport when he crashed into the grim hills. The bad weather cut off radio communications between the plane and the airport. Coming in slightly off its course, the plane hit the tree tops, cut a swath of 400 yards, struck the hillside about 100 yards from the crest, and burned. The left wing, sheared from the fuselage, was impaled on a stump. Further up the hillside lay parts of one engine and the landing gear.

Bodies of the pilot, co-pilot and the hostess were found within the wreckage, but those of the passengers, including five servicemen, sporadically spotted the hillside. 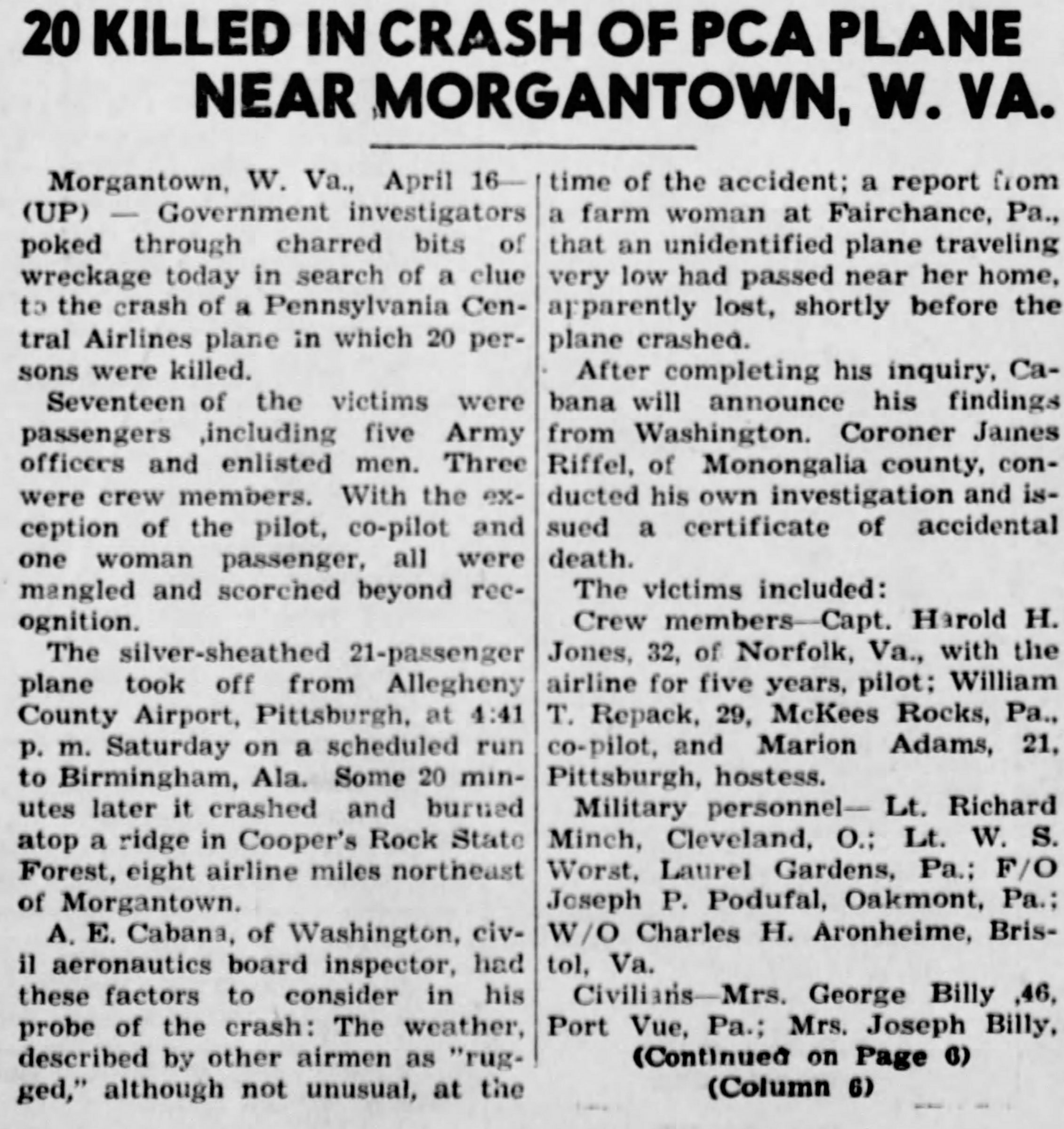 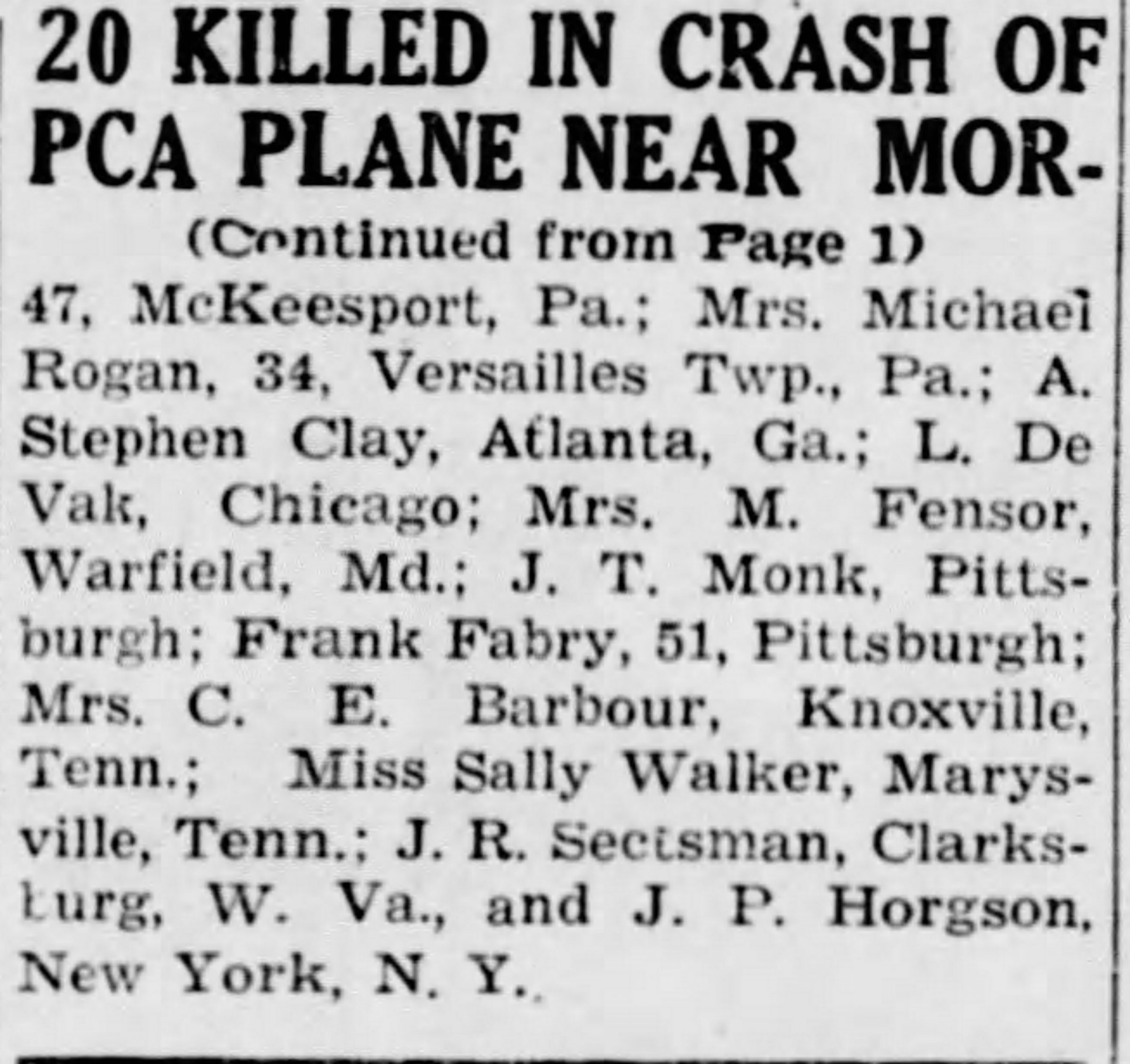