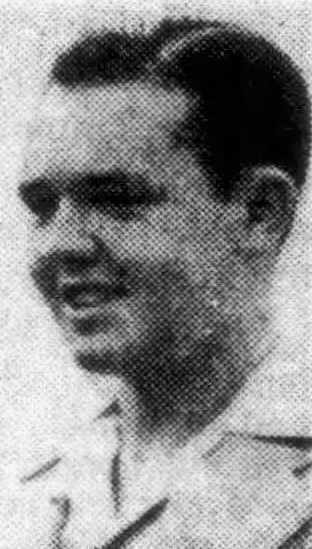 The Knoxville Journal, November 4, 1945
Cpl. Richard Luttrell Furgerson, 21, son of Mr. and mrs. I.R. Furgerson of 213 Oakland Avenue, was killed when an Army plane crashed near Gila Bend, Arizona, during a training flight, the parents were notified last night. Cpl. Furgerson, a flight engineer, was stationed at Luke Field, Phoenix, Ariz. He was graduated from Knoxville High School in 1942 and entered the service in August, 1943. Besides his parents, he is survived by a brother, William T. Furgerson with the special Army Engineering Detachment at Oak Ridge. The body will be brought to McCarty’s with time of funeral services to be announced later. 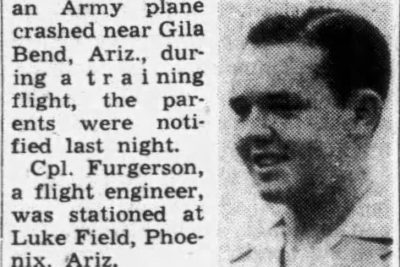