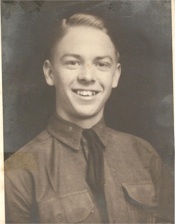 Richard H. Colvin ws born in Pulaski County, Kentucky.
Graduated from Knoxville High School and attended the University of Tennessee where he was a Pi Kappa Phi.
He received his wings and commission at Ellington Field, Texas in July 1943 and went to England in March 1944.
Parents: Charles Elmore Colvin and Eula Katherine Harrell Colvin
Siblings: Charles Elmore Colvin, Jr., Wilma Mae Colvin (who died in infancy), and Sara Frances Colvin
Married to Kathleen Hardin in Knoxville, TN, on January 10, 1938. No Children.
His plane was shot down over France during a night-time bombing run to Germany.
Buried on May 28, 1948, in Lynnhurst Cemetery in Knoxville.

Aircraft B-26C45 with serial number 42-107670 was on a bombing mission to Ribeaucourt/Nr. Bernaville in France.

Night mission – aircraft were dispatched at 20 second intervals and at different altitudes so that any reports of explosions in mid-air or crashed on the ground cannot be identified with any one particular aircraft. Impossible to identify any individual aircraft of those missing as they were all reported in distress within the following area; From Blangy East to Piequigny – North to Bernaville and North West from Bernaville to Rue. Three aircraft probably exploded in mid-air.
Four reports of planes crashing on ground. One and possibly two parachutes seen in searchlight come in one location. Report of four parachutes given at another location. 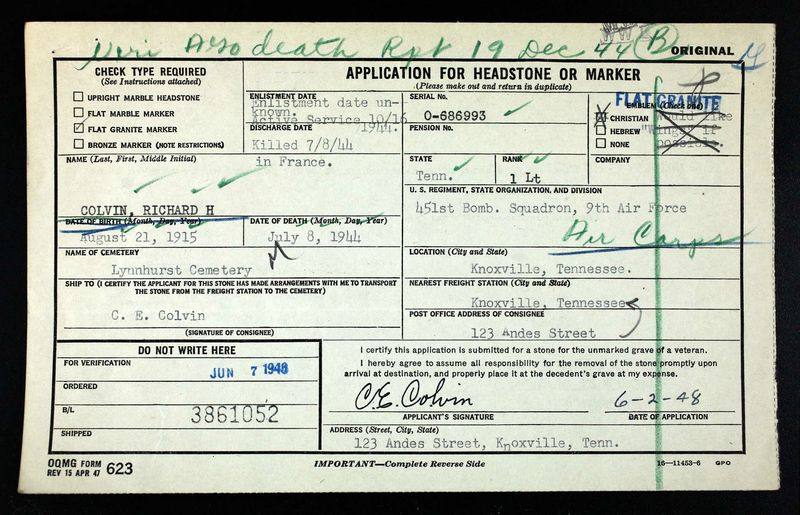 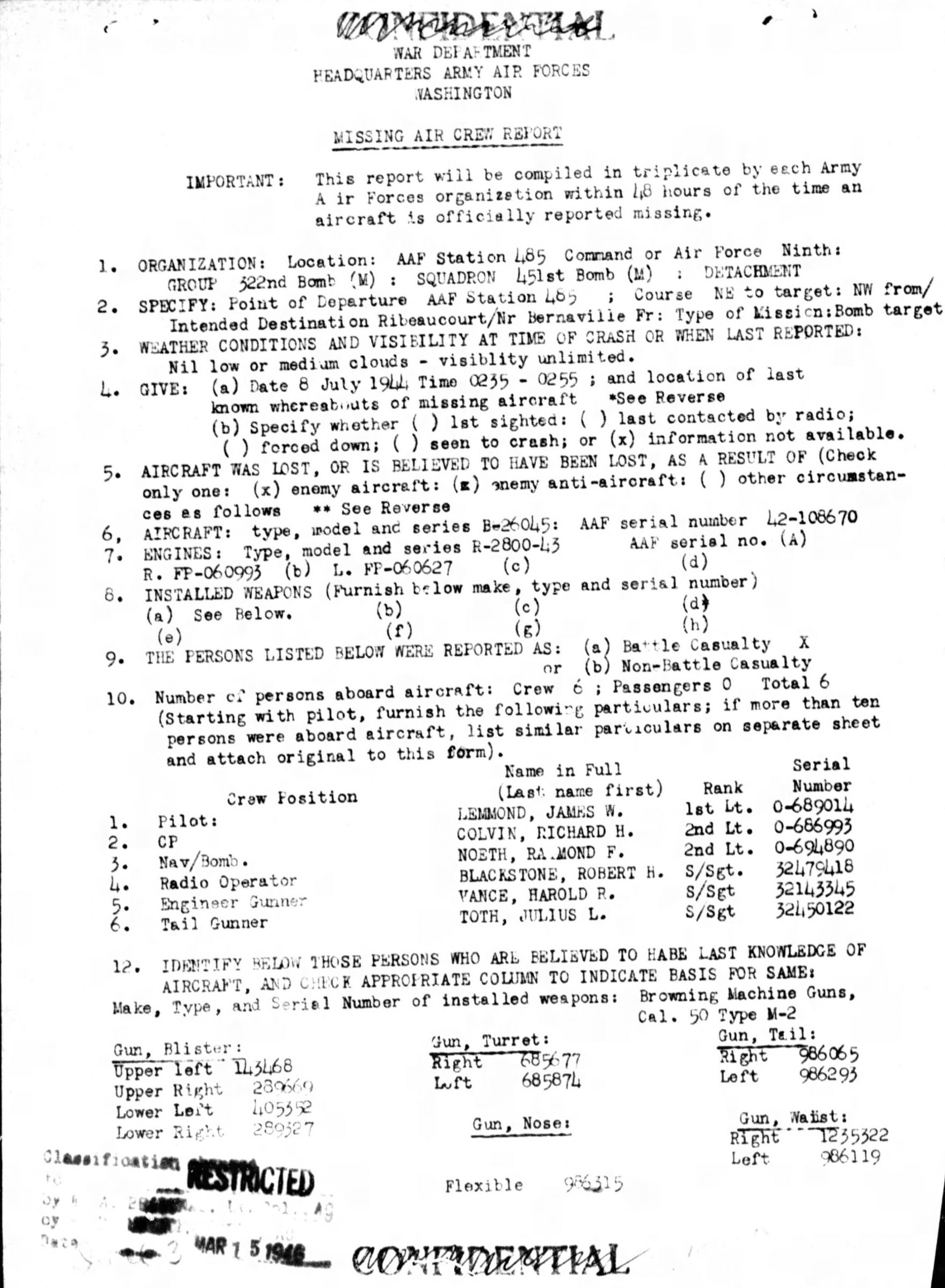 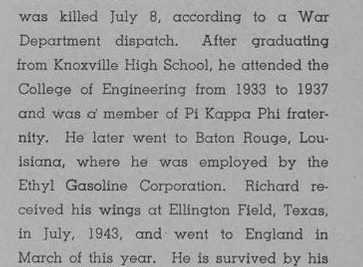 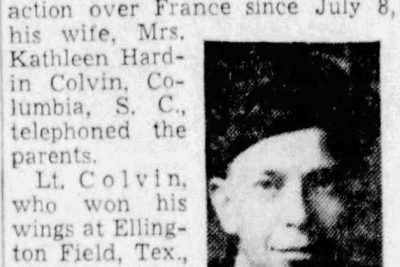 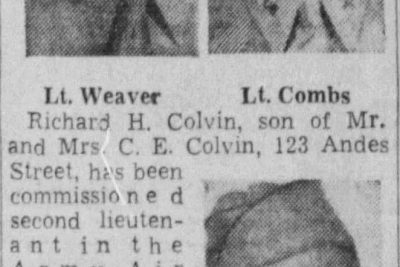