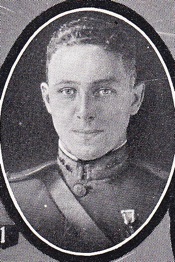 Richard H. Boyd was born in Richmond, Kentucky. He was killed in action near La Haie Menneresse in France at age of 22.

Richard Boyd enlisted in Company E, Second Tennessee Infantry, in July 1917. Transferred to Headquarters Company, 59th Infantry Brigade, at Camp Sevier, SC. Received appointment to attend Third Officers’ Training Camp at Leon Springs, TX, from which he was commissioned second lieutenant in the spring of 1918. On his return he was assigned to the Headquarters Company, 117th Infantry, with which he went overseas. Participated in the Ypres Offensive and all battles of Somme offensive until he was killed in action on October 21, 1918. Awarded the Distinguished Service Cross posthumously (see below).

The President of the United States of America, authorized by Act of Congress, July 9, 1918, takes pride in presenting the Distinguished Service Cross Posthumously to Second Lieutenant Infantry Richard H. Boyd, United States Army, for extraordinary heroism in action while serving with 117th Infantry Regiment, 30th Division, A.E.F., near La Haie Menneresse, France, 17 October 1918. After his platoon had suffered severe casualties, and his ammunition entirely exhausted, Lieutenant Boyd went about the town under annihilating fire to collect the stragglers. With a few he managed to collect, he attacked and put out of action three enemy machine-gun nests, after which he reported to the front line. Here he voluntarily exposed himself in assisting wounded from the face of murderous fire, and while standing in full view of the enemy, directing his men to seek shelter, he was killed by a shell explosion. War Department, General Orders 64 1919 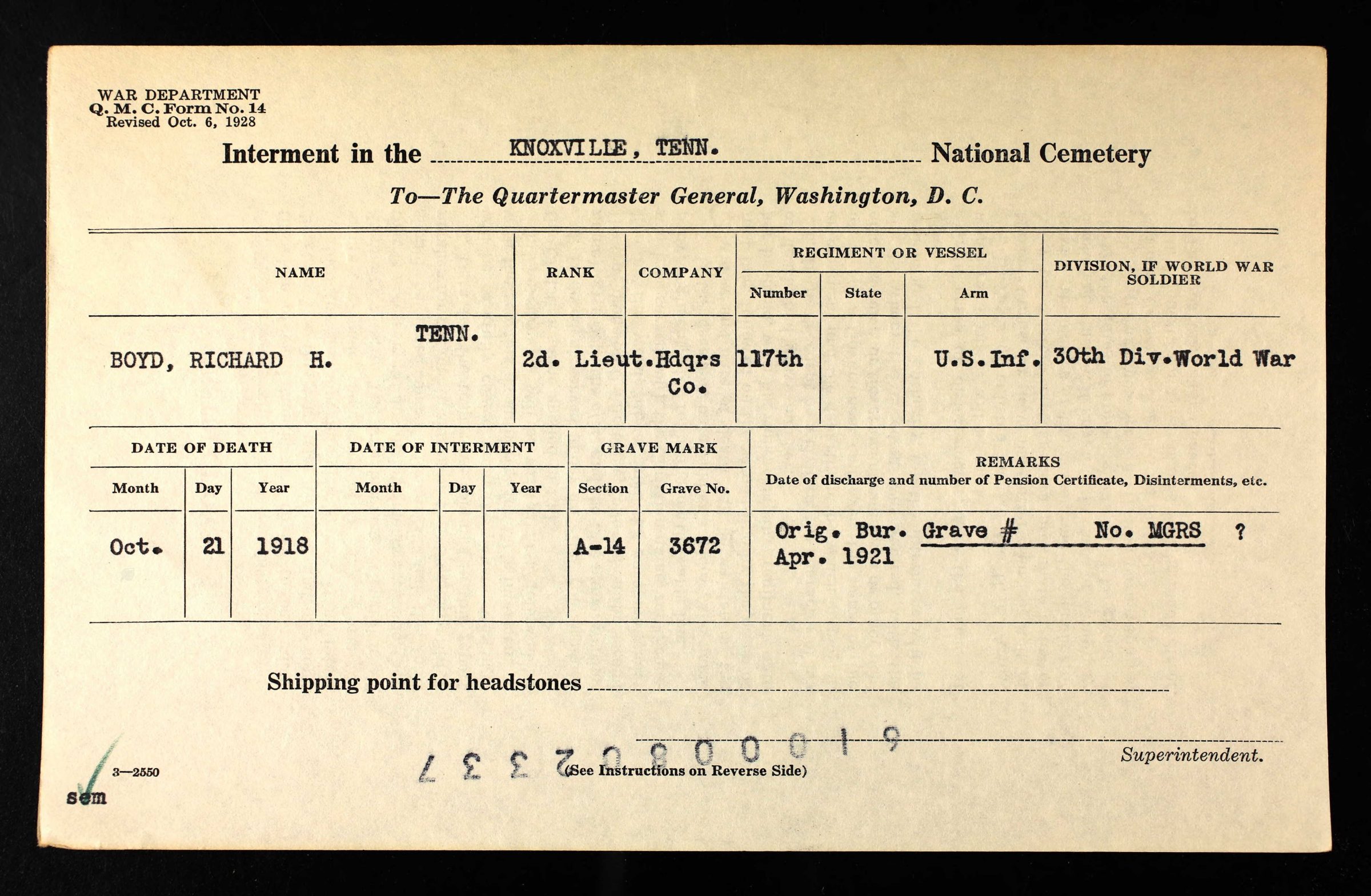 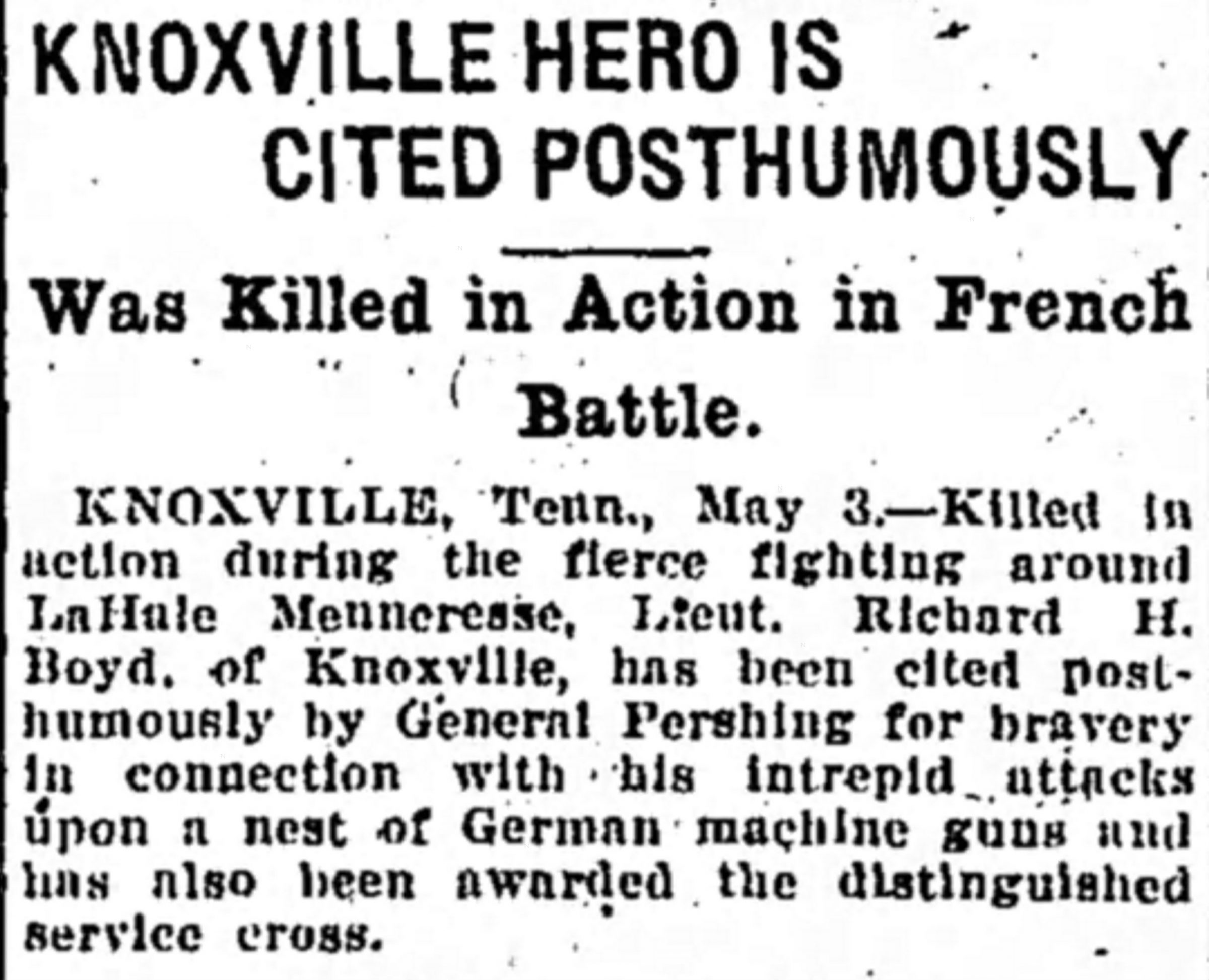 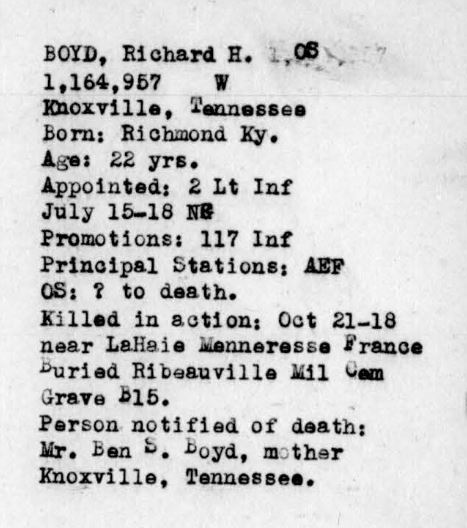 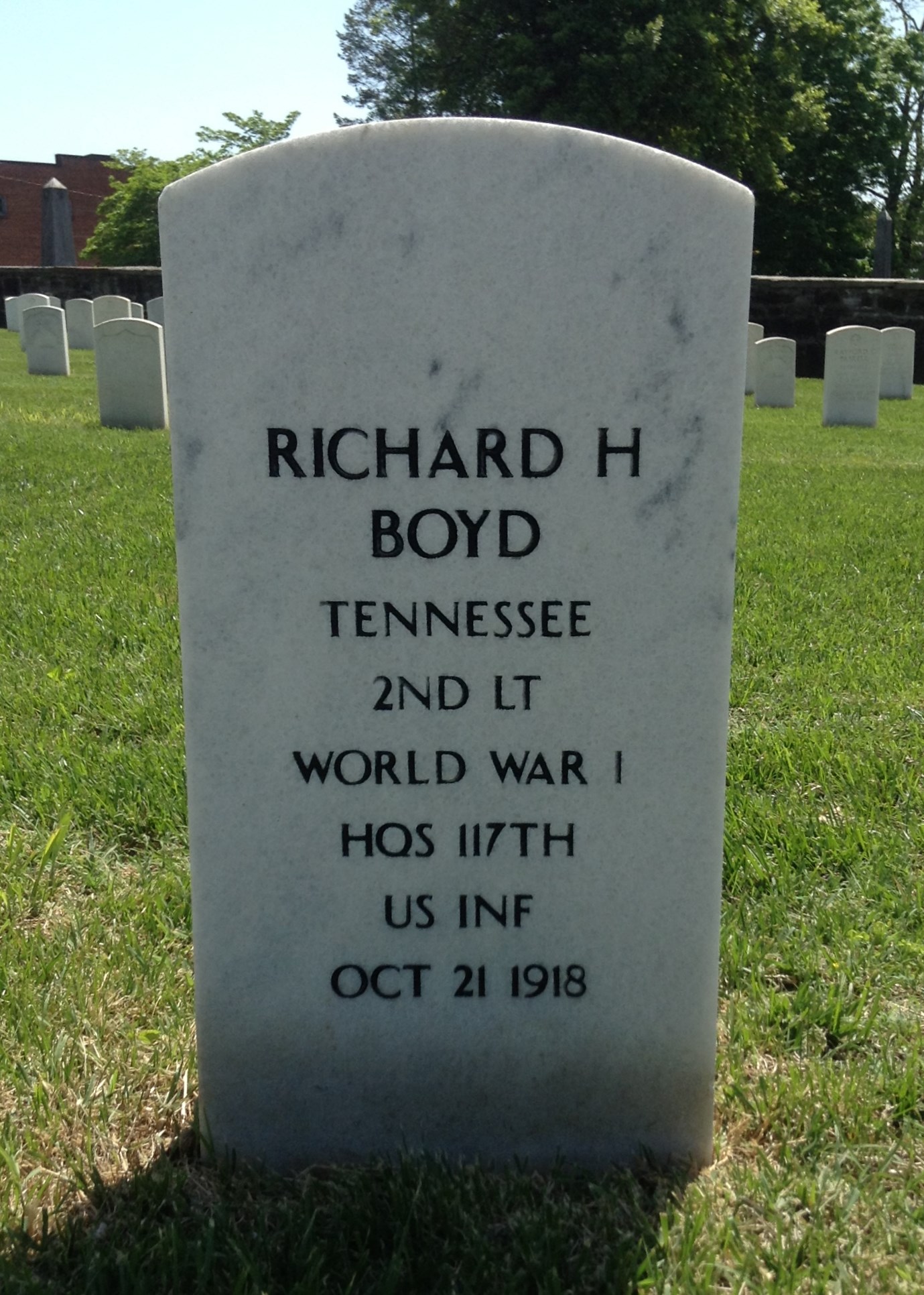