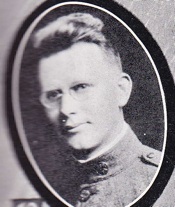 Richard Ferguson Kirkpatrick volunteered his services to the U.S. Army May 29, 1917. First assigned to Company F, 138th Infantry, 35th Division, and later transferred to Company L, 306th Infantry, 77th Division. Embarked for France in May 1918. Saw service on the Swiss border and in the Vosges Mountains. Attended an Officers Training School for three months and received a commission as second lieutenant. Killed in action October 1, 1918, in the battle of the Argonne. 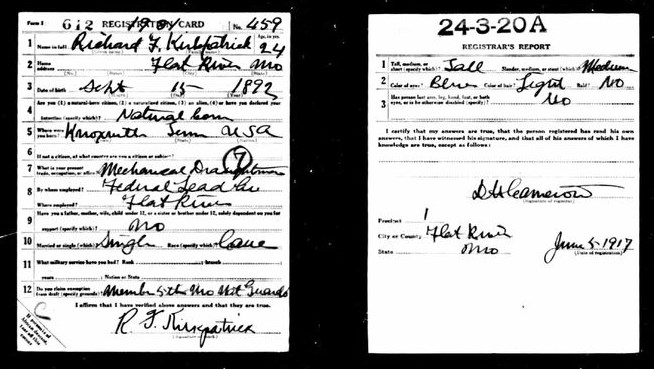 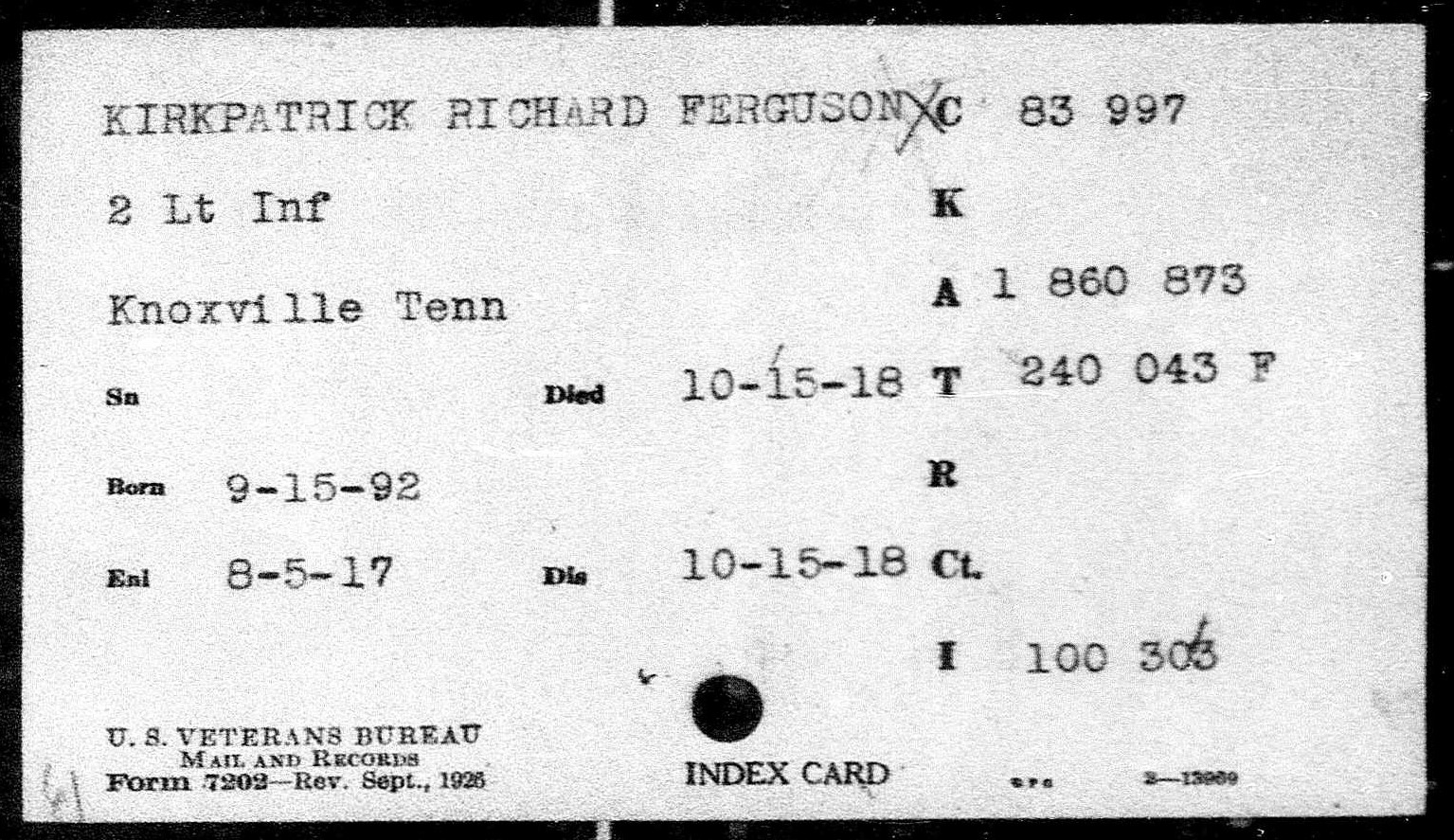