Sergeant Richard Edward Harris was a member of the 2nd Battalion, D. Company, 7th Marines, 1st Marine Division. He was Killed in Action while engaged with the enemy in Korea on September 26, 1950.

The Chattanooga Daily Times, 25 May 1951
The body of Sgt. Richard E. Harris, 26, son of Mr. and Mrs. Ed Harris of Athens, who was killed in the Korean war Sept. 26, 1950, arrived in Athens this afternoon. He is the first of the Korean war dead to be returned to Athens. The body was escorted by a brother, Cpl. Charles (Bobby) Harris of Pine Camp, N.Y. Sgt. Harris volunteered for service in the U.S. Marines in 1942 and had re-enlisted twice since that date, in 1946 and again in 1948. Most of his years of service was in the South Pacific. He was educated in the schools of Athens. Survivors besides his parents are four sisters, Mrs. James Hacker, Athens; Mrs. C.E. Robinson, Chattanooga; Mrs. Tracy Marshall, Jacksonville, Fla.; Miss Betty Jo Harris, Athens; two brothers, Cpl. Harris and Pfc. Kenneth Harris, both of Pine Camp, N.Y. 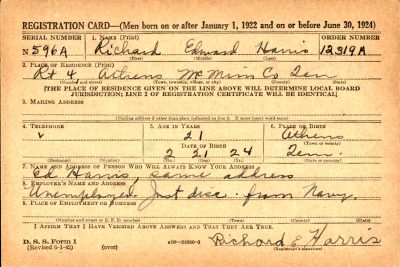 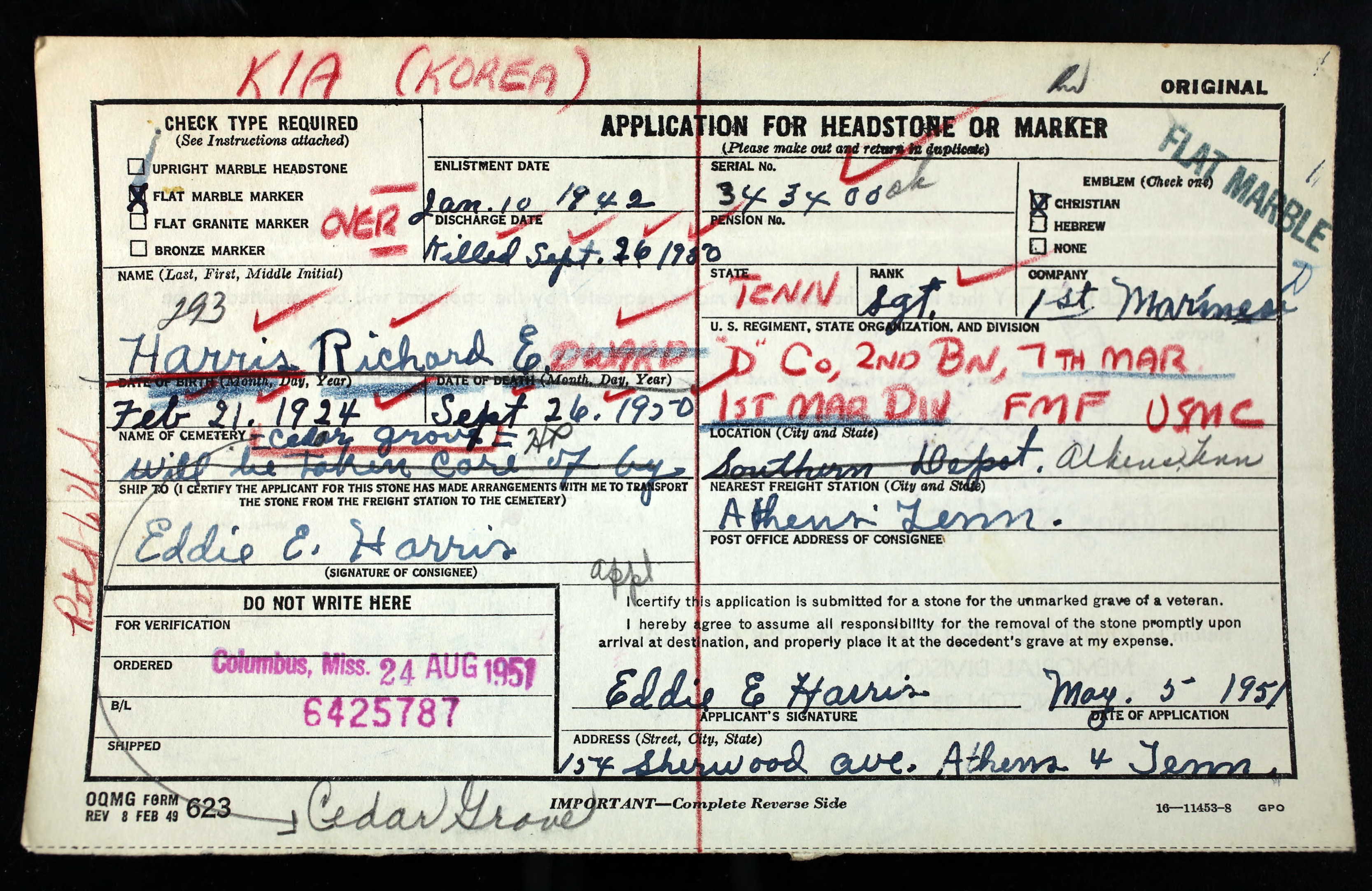 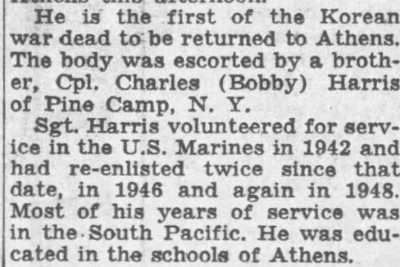