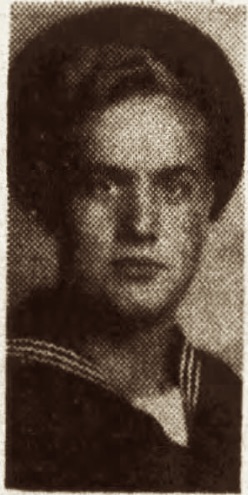 On the morning of 8 June 1944, USS Glennon DD struck a mine while screening heavy ships off Utah Beach. Minesweeper Staff moved in to assist Glennon and pass a tow line. Adm Deyo ordered USS Rich DE 695 to the scene, and she approached from eastward to offer assistance. However, Glennon signaled Rich that her assistance was not needed. Lt. Cmdr. E. A. Michel, CO of Rich, without hesitation, had gone to the aid of Glennon, knowing he faced danger from enemy gunfire and mines. When Rich was dismissed from the area she was told to be cautious due to mines. Rich circled astern of Glennon and headed away at five knots. Rich´s captain was taking every precaution. But, it was not enough.

0920: An explosion burst from the sea about 50 yards off Rich´s starboard beam. Although men were shaken and power and lights lost temporarily, no serious damage occurred from the mine blast. The ship was not so lucky when a second mine was encountered three minutes later. A deafening explosion thundered from beneath Rich. Men were thrown from the bridge to the deck. A 50-foot section of the ship’s stern was torn off and set adrift. Survivors attempted to cling to debris or swim to safety and the seriously wounded were helpless in the mangled wreckage. A series of emergency reports reached the bridge — several torpedoes were making hot runs in their tubes; the main deck had sagged, vicinity of No. 2 engine-room; compartments forward of the engineering spaces had suffered only minor damage. But, there was never time to assess the reports. Only minutes later, a third mine unleashed its fury on Rich. She stayed afloat less than thirty minutes before settling into the sea. Rich and 89 crewmembers were gone.
–Roscoe, Theodore, “United States Destroyer Operations In World War II”, 1953, US Naval Institute

“I recently came across a letter written by Richard Foust’s mother, Mrs. E. E. Foust of Knoxville to my grandmother in Thomasville, NC, dated July 19th 1944.. She had just received news from the Navy that her son Richard was missing in action. Since their sons were best friends, she was asking if my grandmother had any info from my uncle Ralph about her son, not knowing Ralph Conrad had been transferred to the USS Vammen before the voyage to Normandy. Her letter is dated July 19th 1944. By some research online I found Richard Foust died June 8th 1944 off Utah Beach at Normandy. The letter is heart-breaking as Mrs. Foust is desperate for info on Richard, even though he had been dead for a month and a half. She actually found out in the Knoxville newspaper that the USS Rich had hit a mine and sunk before the Navy notified her. I’m reading that letter at our Memorial Day remembrance at our church May 24th. I was wondering where Richard Foust was buried.” — Submitted by Mark Black 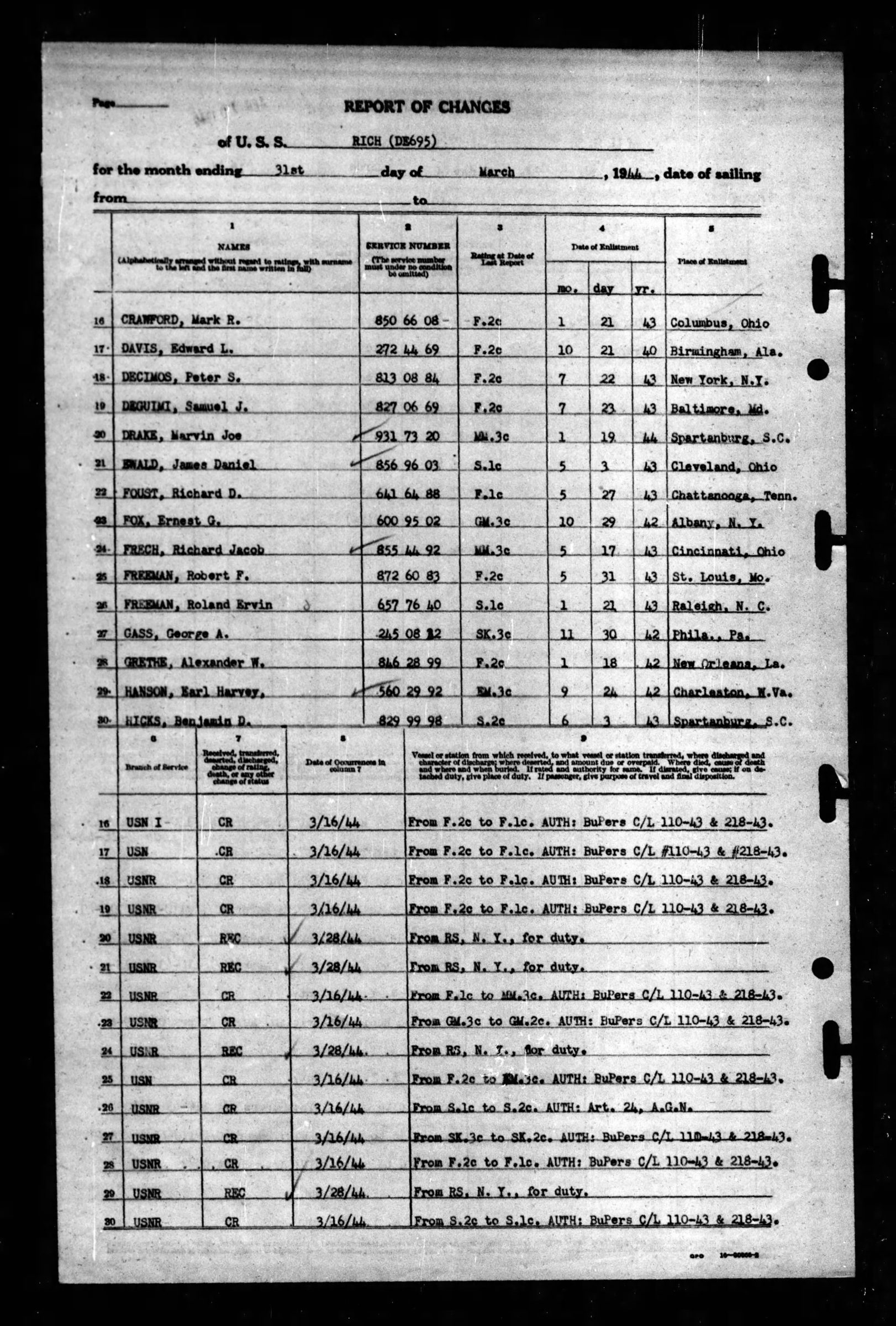 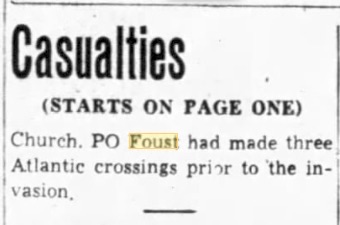