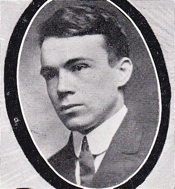 Richard McCalla volunteered his services to the government in the air branch of the Navy Department. He went to Pensacola, FL, where he received his training in the Naval Training School. He lost his life May 10, 1918 when his airplane crashed to the ground.

He attended the University of Tennessee, Class of 1914.

The following account was provided by history writer and admirer Joe Stevens:

Urban Appalachia, along Knoxville’s South Gay Street, was the most fascinating place in East Tennessee for the future writer of a weekly history column. Born in the early 1960s, I am fortunate to remember Downtown Knoxville before its gradual decline began in the early 1970s.

Arch covered steps that led diagonally up from the corner of Gay and Main onto an uncovered walkway, captured my curiosity. My father’s incomplete explanation that the people liked their doctor stuck with me.

Years later, I learned that the marble arch was erected as a memorial to Dr. John Mason Boyd, chief of staff at Knoxville General Hospital, who treated city residents too impoverished to pay for their own medical care. In the days before his May 16, 1909 death, the poor maintained a vigil outside his home at West Church Avenue and State Street.

The uncovered walkway at the top of the Boyd Memorial Arch leads to the front entrance of the Old Knox County Courthouse. At the time of the American Civil War, the Courthouse stood on the opposite side of Main Avenue. It was there in the street, on Aug 16, 1864, that the First Tennessee Infantry stood in formation for a public reception hosted by prominent Unionist such as William G. Brownlow, Horace Maynard, and Oliver P. Temple.

My grandfather’s grandfather John Hicks was a member of the First Tennessee Infantry. One hundred-fifty years to the date, on August 16, 2014, when I hosted a commemorative event in their honor, my guests and I took refuge in the shade beneath the archway. At the time, I was unaware that Dr. Boyd was a Confederate surgeon and a close relative of the notorious Confederate spy, Belle Boyd.

Due the nature of Samuel’s work, the family moved about more frequently and widely than most people of their times. Richard was born in Louisiana, and his mother, Susie, died on February 5, 1907 in China, while Samuel a was working as railroad construction engineer for the Chinese government.

In a space of little more than two months, Richard lost both his father and maternal grandmother, Jane Franklin Boyd, while enrolled as a sophomore at the University of Tennessee for the 1911-1912 school year.

Although, his senior yearbook picture reflects a serious, somewhat somber, young man, he was actively involved in campus activities including the Chi Delta Literary Society, the Engineering Society, the Volunteer Union, the Athletic Association as well as the secretary/treasurer of the Chess and Checkers Club. Richard graduated from UT with a Bachelor of Science degree in electrical engineering in 1914, the spring before the winds of war began to blow across Europe.

After graduation, like his father, Richard moved about due to the nature of his work. He was employed as a gas engineer at Toledo, Ohio, by the W.L Dougherty Company of New York, when he registered for the draft on June 5, 1917.

He was also a mechanical and electrical engineer, and had held important positions in Kansas prior to his enlistment in the aviation section of the U.S. Navy Signal Corps.

One hundred years ago today, on the morning of May 10, 1918, Chief Quarter Master Richard Calvin McCalla was aboard a World War I era biplane that fell from the sky above Santa Rosa Island, Florida. At some point, the airplane’s fuel became ignited, and he burned to death.

His body was returned to Knoxville by rail and buried with other family members on the Boyd plot at Old Gray Cemetery.

After the war, a long stretch of East Jackson Avenue, beginning where the street crosses the creek and enters Park City, was renamed in his memory. Later when the federal highway system was laid out in 1926, three of them, U.S. Hwy 25W, U.S. Hwy 70, and U.S. Hwy 11, were routed onto the span of McCalla Avenue between Five Points and the split with U.S. Hwy 11W at Burlington.

A promising young man, who did well with his short time on earth, he knew much sorrow and heartache before his tragic death. Don’t be surprised if you see a solitary figure, a kindred spirit perhaps, decorating his grave at the Old Gray Cemetery today. 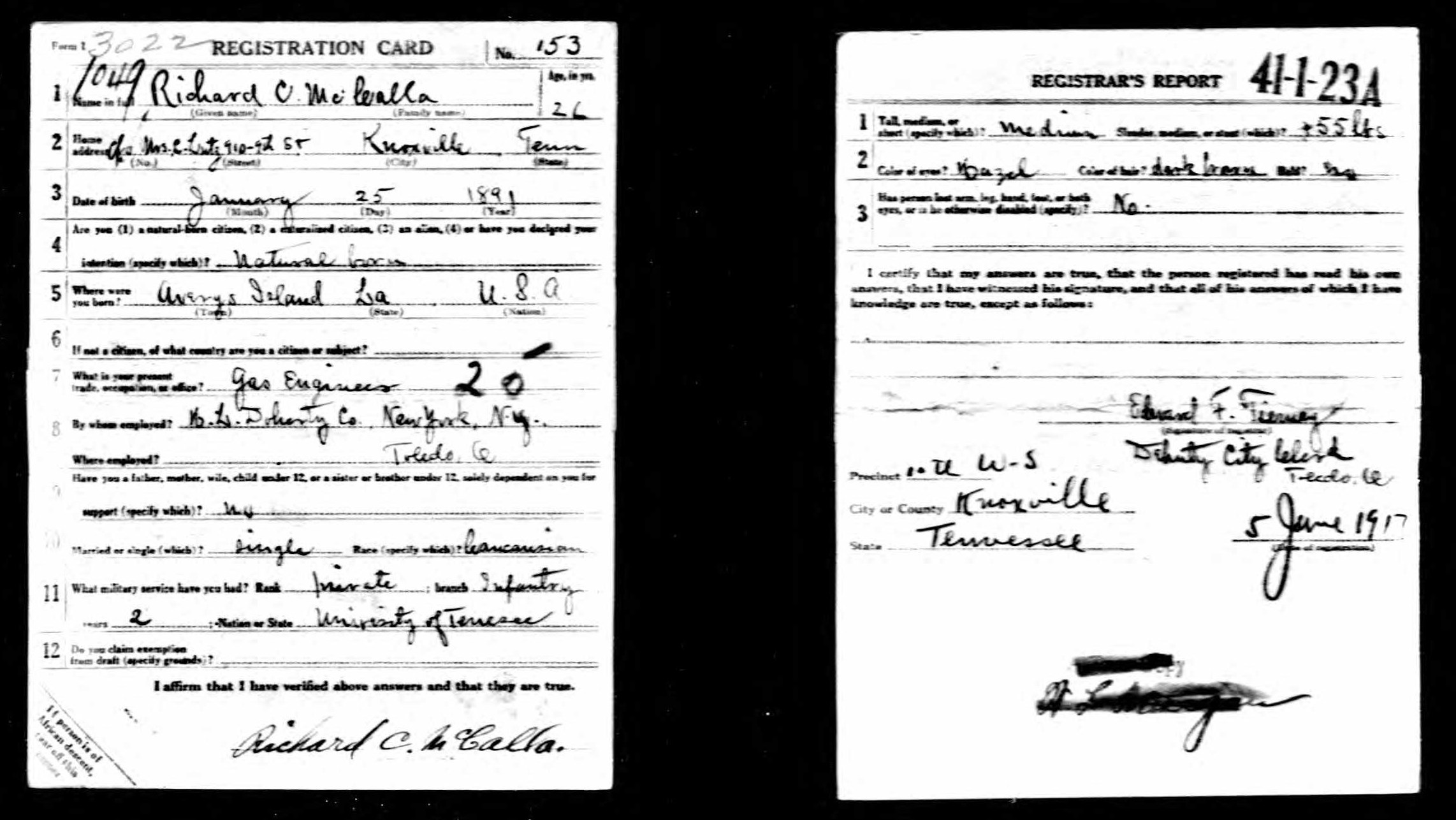 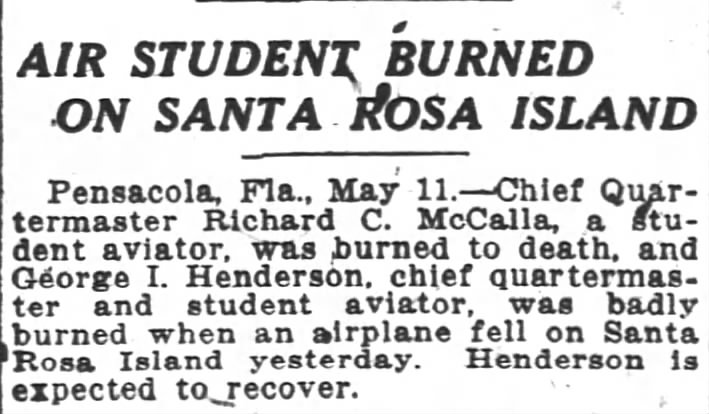