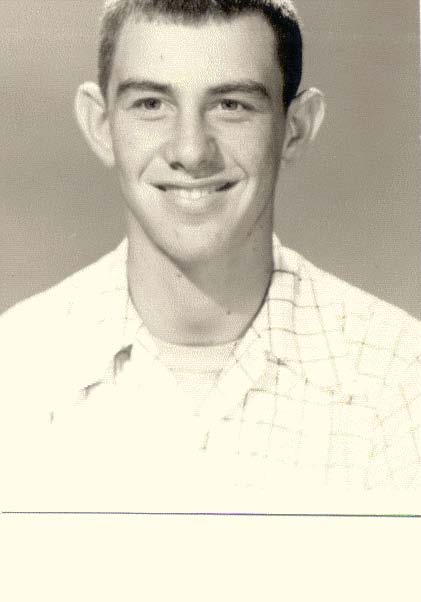 Private First Class Richard Bernard Dickson was a member of the 19th Infantry Regiment, 24th Infantry Division. He was killed in action while fighting the enemy in South Korea.
Buried at Chattanooga National Cemetery, Y, 427

The Chattanooga Times, January 25, 1951
Pvt. Richard Bernard Dickson, 17, son of Mrs. Fay Dickson Perkinson, 113 Forrest Avenue, was killed in action in Korea last Aug. 6, his mother was notified yesterday. Pvt. Dickson, who was the stepson of County Patrolman W.E. Perkinson, was reported missing in action by the Department of Defese earlier. He was a rifleman with the 19th Regiment, 24th Division. He was the brother of Mrs. Charlotte Clonts and Miss Mary Alice Dickson, both of Chattanooga.
The young man was a student at Red Bank High School when he enlisted in the Army in 1949 at the age of 16. Mrs. Perkinson revealed yesterday she permitted her son to enlist because of his strong desire to serve in the infantry, and that he gave his age as 17 at the time. She said when war broke out in Korea she notified the army of her son’s true age and was informed last Sept. 29 he would be discharged immediately. A short time later, however, he was reported missing in action in Korea. Mrs. Perkinson said a friend of her son’s, also served in the 19th Regiment, wrote her that her son was killed in action on July 29, during an attack on Seoul. 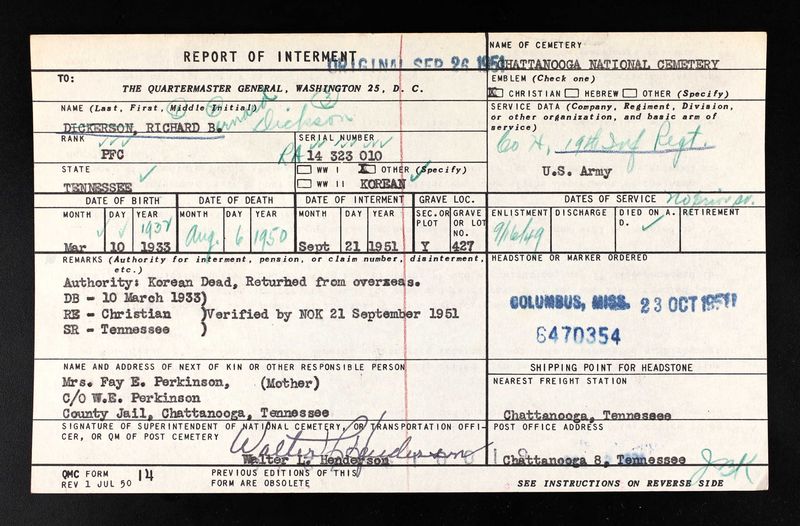 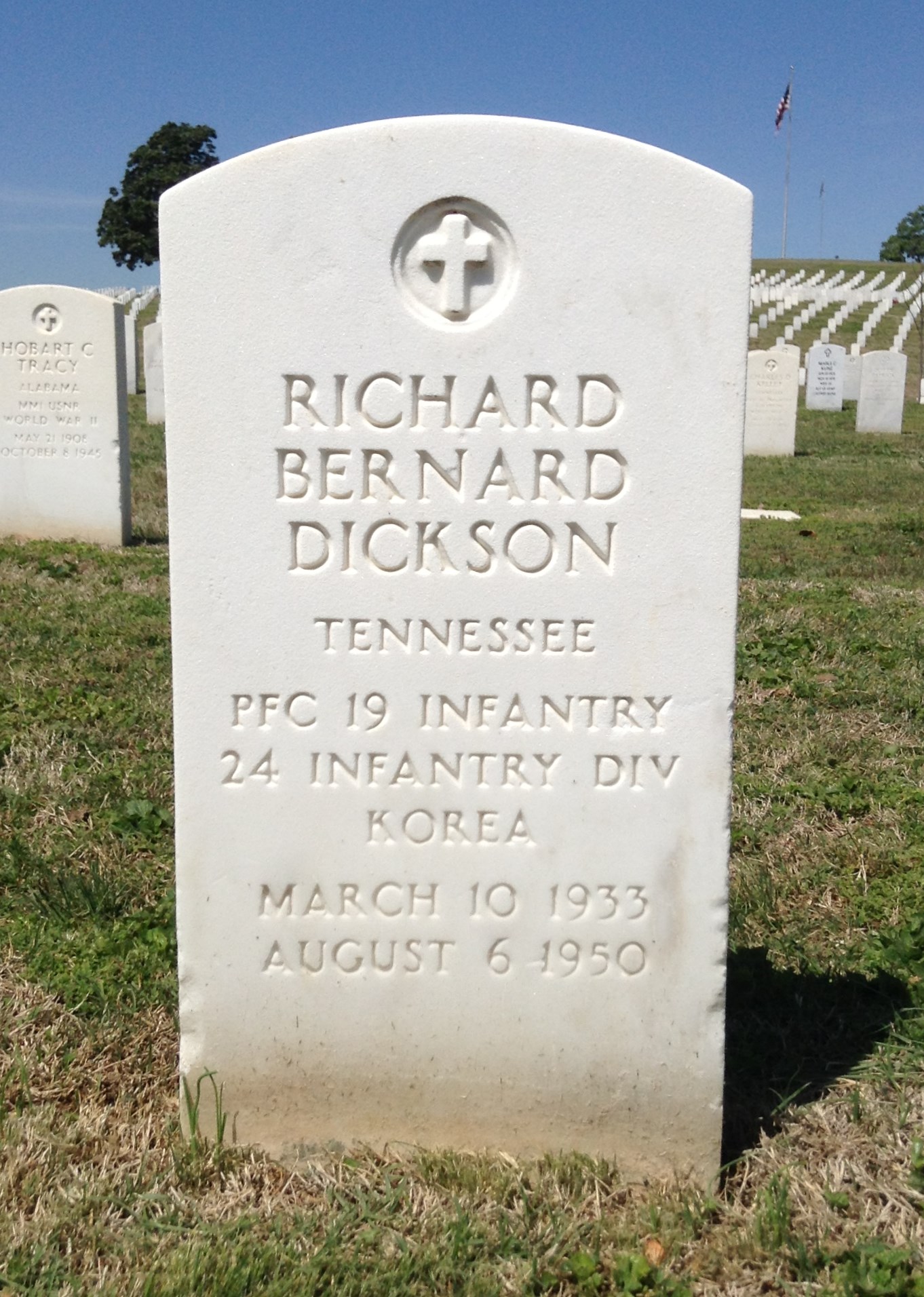 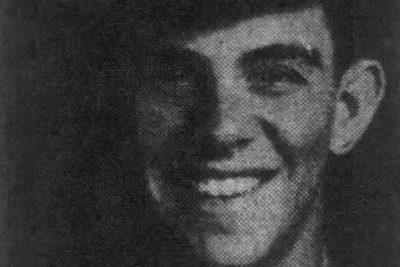