Morristown Gazette Mail, 24 January 1944
Thea Owen Boyd, 34, son of Alderman James W. Boyd of this city, died Saturday in a naval hospital in Pensacola, Fla., from injuries received in an auto accident. Details of the accident have not been learned. The body is being returned to this city for funeral and interment, accompanied by a military escort. Definite announcement of the services await arrival of the body.
Surviving Boyd is addition to his father are a sister, Mrs. Ruth Boyd Oppen of New York City; his step-mother, Mrs. J.W. Byrd, and a half-brother, Hugh W. Boyd of this city.
Boyd was a petty officer third class in the U.S. Naval Reserve at the time of the accident although it is not known whether his injuries were sustained while in line of duty. He volunteered for service in the navy in April, 1942, as an electrician and was sent to an electricians’ school in California. Later he was selected for special training as a radioman in the Naval Air Corps, and for several months was stationed in Texas. While stationed there, he had a very narrow escape from death when the navy bomber on which he was serving as radioman was shot down by a German submarine while on patrol duty over the Gulf of Mexico. The pilot and co-pilot of the bomber were killed, but another member of the crew succeded in landing the plane on the water and Boyd and his companions were later rescued. A few months ago he was transferred to Saulfey Field at Pensacola, where he was stationed when the fatal accident occurred. 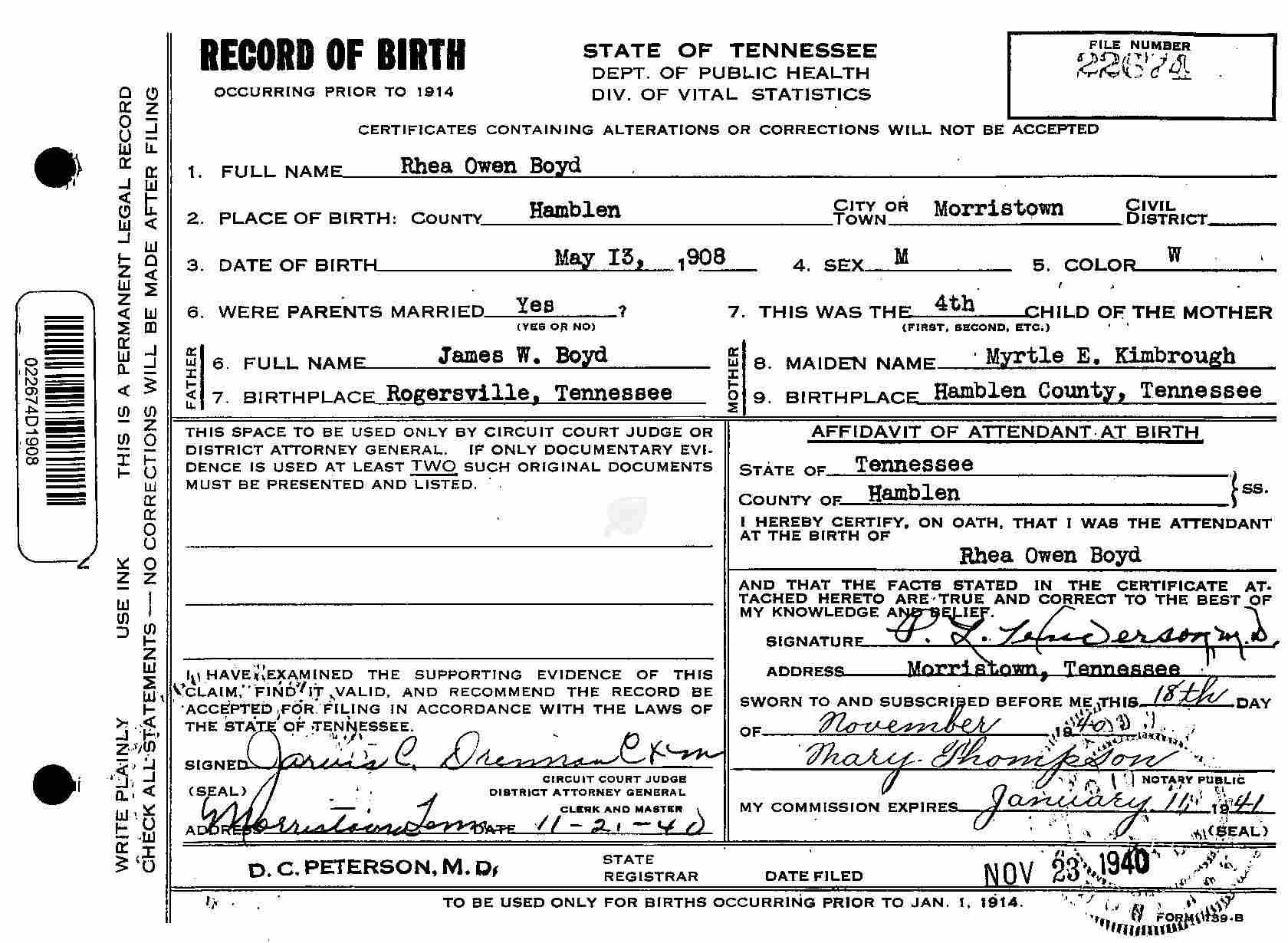 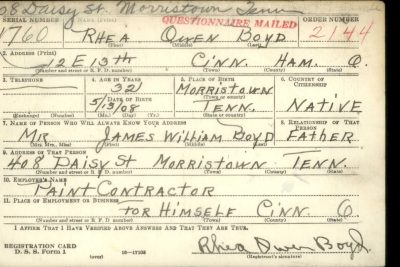 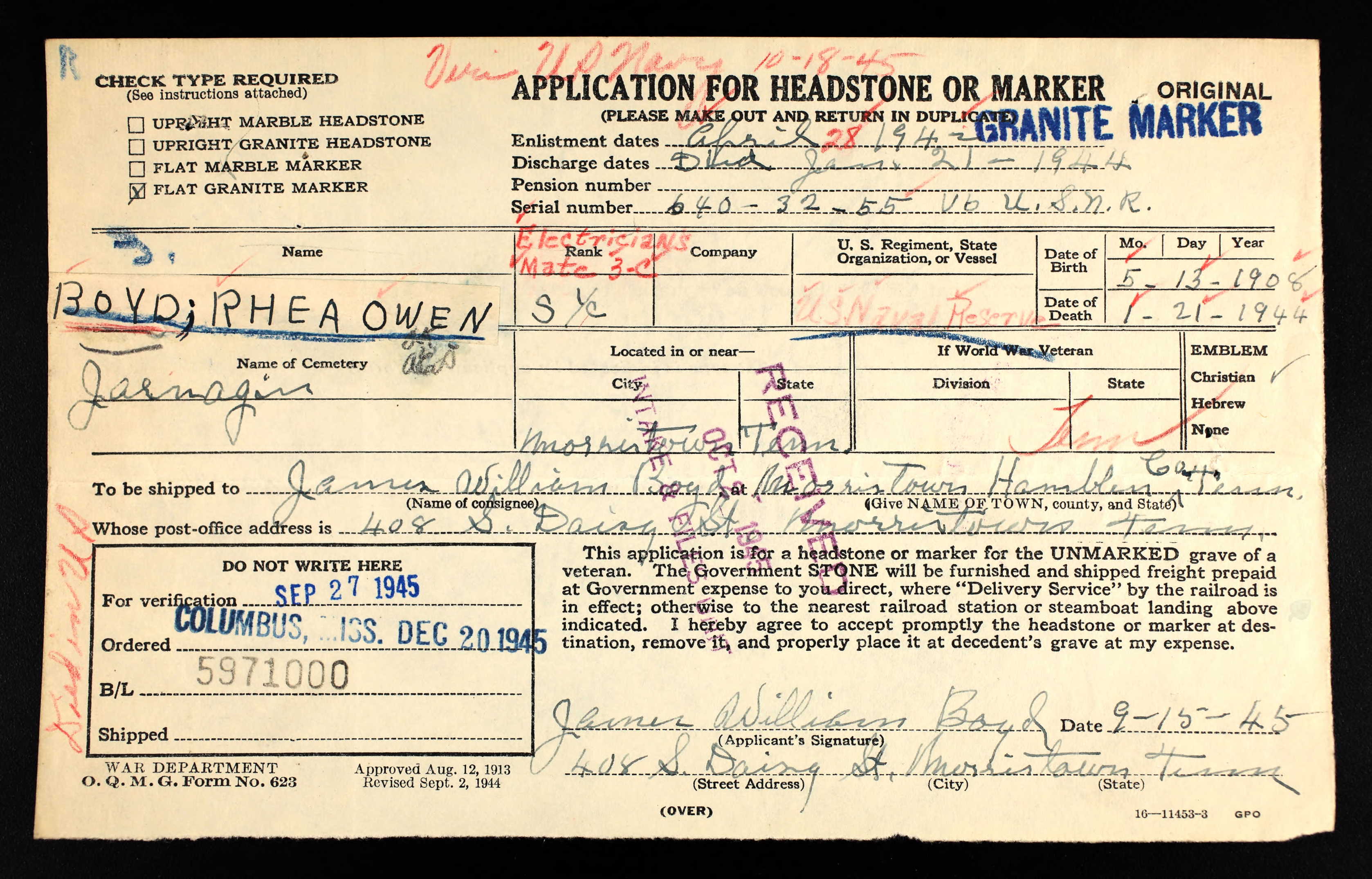 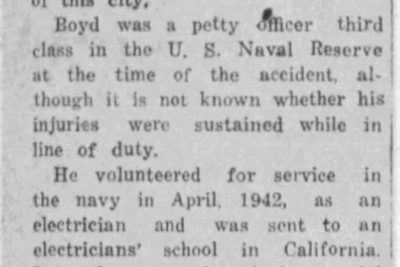