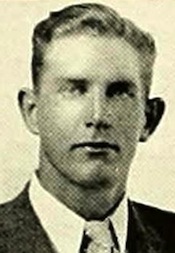 Sergeant First Class Freytag was a member of Headquarters Company, 1st Battalion, 34th Infantry Regiment, 24th Infantry Division. He was taken Prisoner of War while fighting the enemy near Taejon, South Korea on July 20, 1950, forced to march to North Korea on the “Tiger Death March”, and died while a prisoner at Hanjang-ni, North Korea on January 20, 1951. His remains were not recovered. His name is inscribed on the Courts of the Missing at the Honolulu Memorial.

The Knoxville News-Sentinel, August 20, 1951
Wartburg, Aug. 26 – Sgt. Reuben William Freytag has been missing in action in Korea since July 20, his sister, Miss Thelma Freytag, has been notified. Sgt. Freytag, 31, has spent 10 years in the Army. He was already in it when the Japs struck at Pearl Harbor. During the war he served in Alaska and the Aleutians. He returned to civilian life for a short while, but re-enlisted and served in Korea three years. On June 30 this year he went to Korea as chief of the message center of his regiment. He has another sister, Mrs. Virginia Arnold of Murfreesboro, and a brother, Floyd Freytag of Wartbrug. 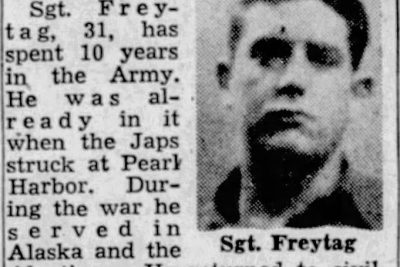