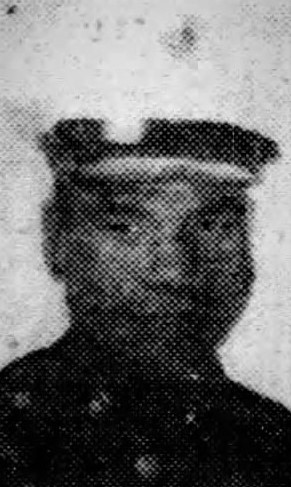 Private First Class Leonard joined the United States Marines on May 6, 1952, at the age of twenty five. He was a member of Company D, 2nd Battalion, 7th Marines, 1st Marine Division. He was killed in action in the final months of the war while fighting the enemy in the Western Outposts of Korea on April 9, 1953.

Reuben was repatriated back to Knoxville on June 20, 1953, over the Southern Railway and funeral services were held on June 22, 1953, at Jarnigan and Son Funeral Home. Reuben was interred at the Knoxville National Cemetery.

The Knoxville News-Sentinel, 25 April 1953
Pfc. Reuben Leonard, son of Mrs. Della Leonard of 1316 East Jasper Avenue, was killed in action April 9 in Korea, his mother has been notified by the Defense Department. Pfc. Leonard was serving with the 1st Marine Division. He was 26. The Knoxville Marine was serving his third hitch in the service when he was killed. He had served previously in the Army and the Air Force. He had been a Marine for almost a year. 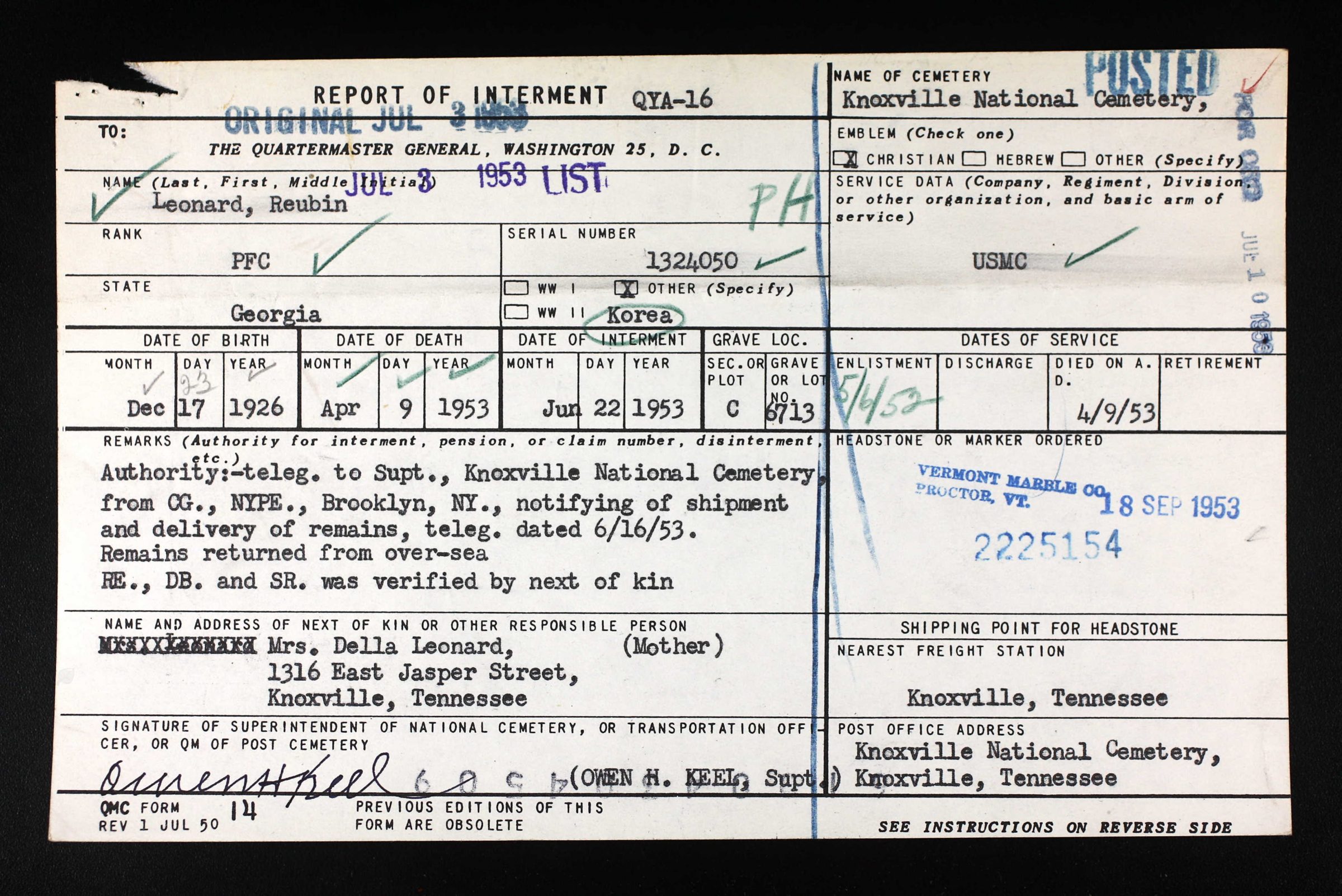 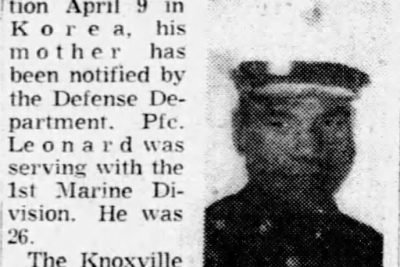 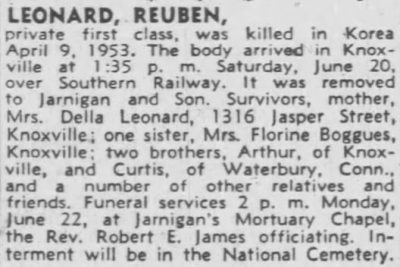