Daily Post Athenian, April 4, 1945
Miss Jewell Chambers of Riceville has been informed by a message from the War Department that her father, Pfc. Reeldon R. Chambers has been killed in action in France. Pfc. Chambers had been in service for one year, and overseas for the past eight months. Before entering the armed forces he was employed by the Stivers Lumber Co. Of Cleveland, Tennessee.
Pfc. Chambers is survived by three children, Jewell, Jo Ann and Reeldon Jr.; his mothers, Mrs. Janie Chambers, all of Riceville; three brothers, R.P. Chambers of Athens, Sgt Rolph Chambers somewhere in Germany and Rothaldes Chambers of Baltimore, Maryland; four sisters, Mrs. W.D. Norht of Knoxville, Mrs. Arter Colloms of Riceville, Mrs. J.D Perkinson of Riceville and Lt Ray Z. Chambers of the Waves, stationed at Gulfport, Mississippi. 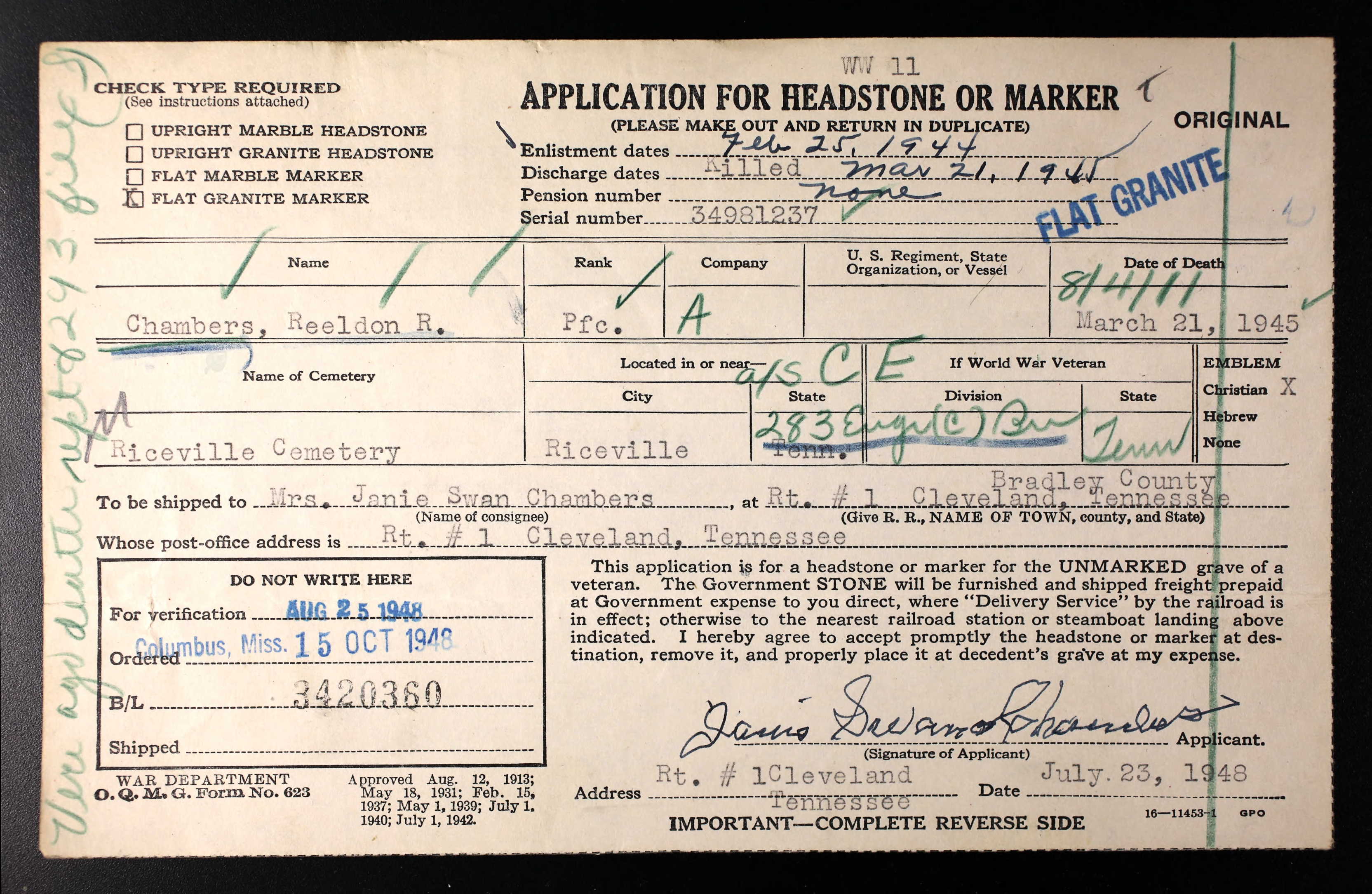