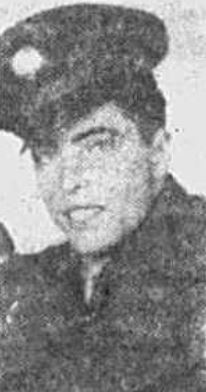 Madisonville Democrat, Wednesday, April 24, 1945, Page 1
Turkey Creek—Several from McMinn and Meigs Counties have visited Mr. Oliver Thompson to express sympathy in the death of his son, Reed Thompson, who was killed in Germany on March 25. Reed had been overseas only a short while. His father had received two letters from him just previous to receiving the telegram telling of his death one was written on the day before he was killed.
-Mrs. M.J. Belcher.
_________________

Madisonville Democrat, Wednesday, May 9, 1945, Page 6
In Memory Of Reed Thompson—Private Reed Thompson was killed in Germany on March 25. Reed professed faith in Christ at an early age and joined Miller’s Chapel Church, remaining a member until his death. He was faithful and he attended Sunday School and church services regularly until he was called into Army service, and when he was on furlough he attended the Sunday School, went to class, talked of the scriptures and of things concerning the soul’s welfare. He never failed to pay his share on church expenses while at home, and has sent money to his father, to pay to the church since he has been away.
Funeral or memorial services were conducted at the Miller’s Chapel Church on Sunday, May 6, by Revs. Wash Mitchell and Enos Hunt. His body lies sleeping in an American military cemetery overseas, according to a letter received by his father, Mr. Oliver Thompson, from an Army chaplain.
Reed leaves to mourn his departure his father five brothers, three with the Army overseas Vastine, Onus and Raymond, his twin brother and two at home, Calvin and Ulie, two sisters, Mrs. Celus Freeman and Mrs. Roy Lynn his grandfather, Mr. Elijah Thompson, a grandmother, Mrs. Parthena Powers several relatives and many friends.
We miss you, Reed, but some sweet day we will clasp hands with you in a better world where there will be no sad hearts and no separations where all is peace and love forever.
-Maggie Belcher. 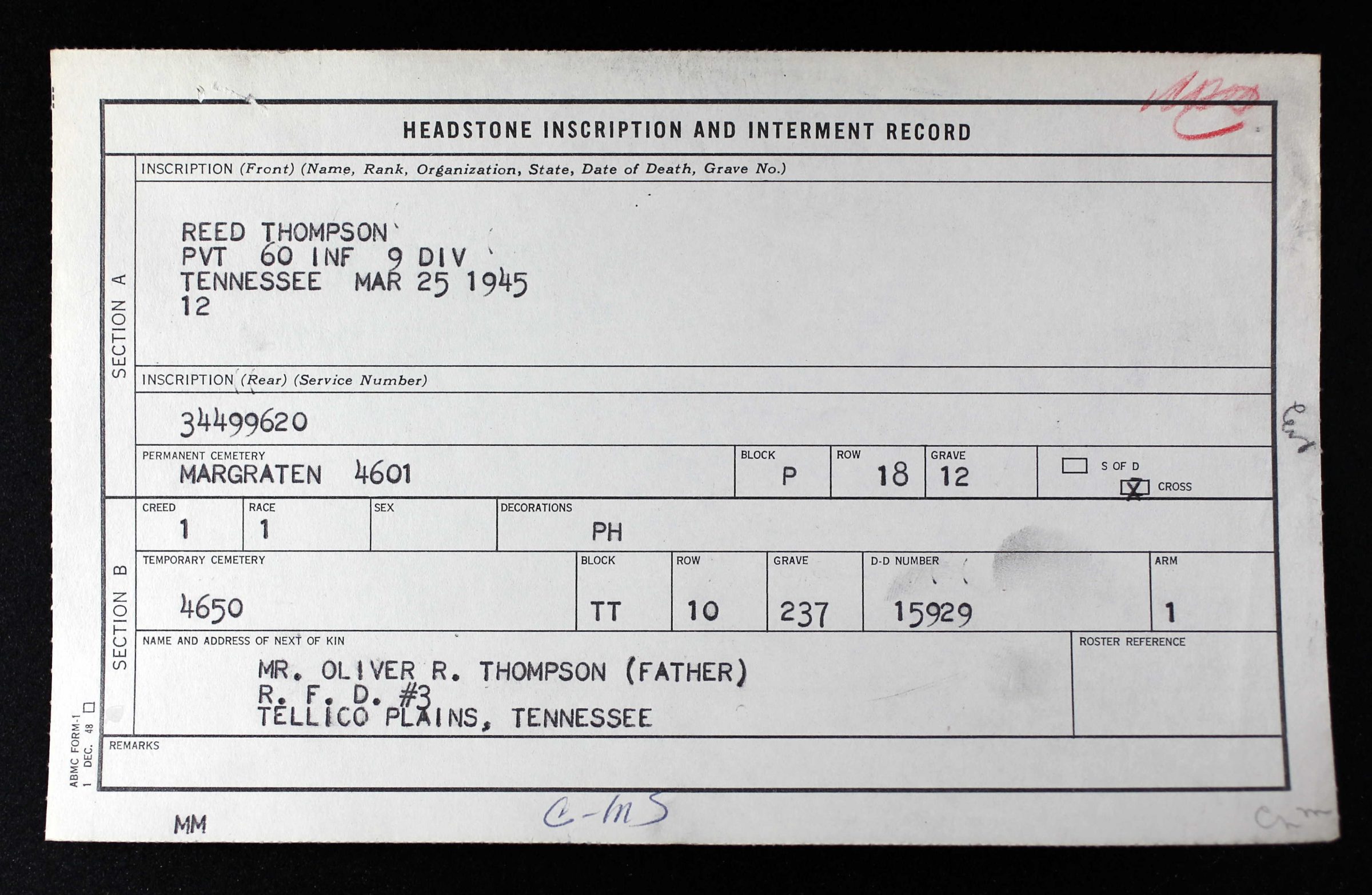