Technician 5th Class Bright enlisted in the military on September 8, 1942. He served in the 30th Signal Construction Battalion in the Italian Campaign. He died on Wednesday, October 6, 1943. His death is listed as died non-battle. He is buried in Sicily-Rome American Cemetery in Nettuno, Italy (Plot H, Row 13, Grave 50).

Raymond U. Bright is my uncle. My mom is Eva Louise Bright Mcginnis. Louise divorced as a McGinnis and has 4 other children including me. My dad’s name is Charles Steven Adkins Jr. Mom gave birth to me on September 5,1970. I am the youngest of a total of 11 children. I want to sponsor my uncle. I reside in Antioch,Tn.
–Submitted by Angela Robin Adkins Destefano

The Knoxville News-Sentinel, Octobe r28, 1943
Mrs. C.M. Bright, widow of Andersonville Pike, Fountain City, has received notification of the death of her son, Cpl. Raymond Ulis Bright, 22, in the North African are on Oct. 6.
The message said Cpl. Bright suffered a fatal skull fracture when the Telephone pole on which he was working, broke and fell to the ground with him. Whether or not the accident occurred at the front was not told. Young Bright had followed the vocational path of his father, the late C.M. Bright, who also was killed, about nine years ago, while working as a Tennessee Public Service lineman atop a power pole. The elder Bright was electrocuted by a high-tension line.
Cpl. Bright had worked with an L&N overhead line crew before entering service last September and being assigned to Communications. At Hall’s High he was a member of the football team.
Mrs. Bright’s only other son, Pvt. William C. Bright, 21, entered the Army two months after the older brother, and is in the European area. Cpl. Bright leaves the mother, the brothers; three sister, Mrs. Miljard Weaver and Misses Charlie May and Louise Bright, all of Fountain City. He was a member of Fountain City First Baptist Church. 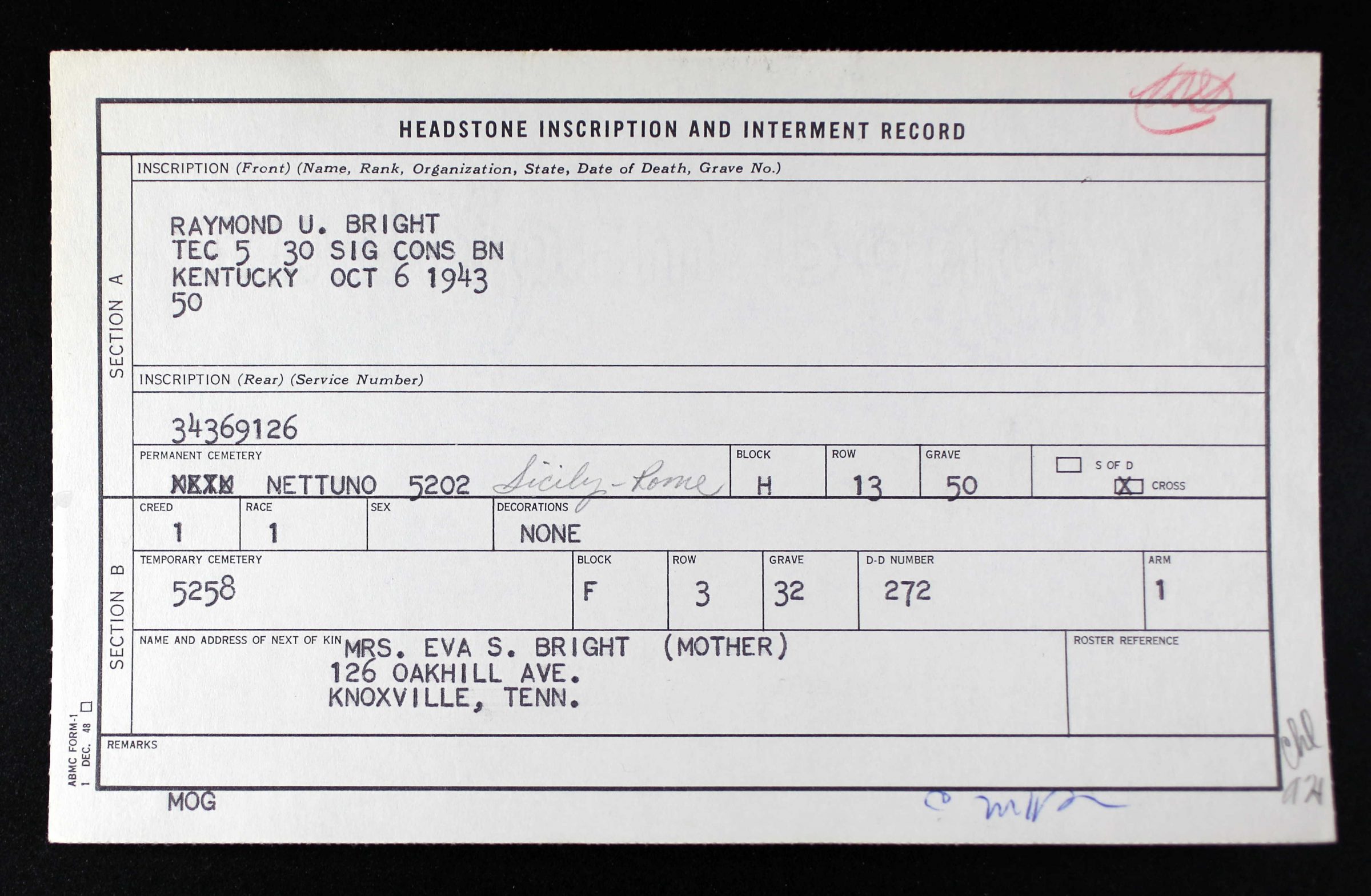 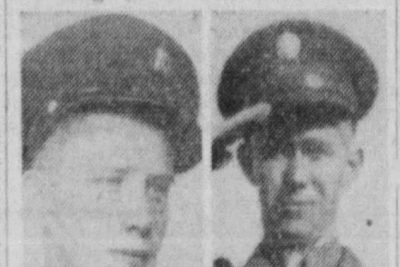