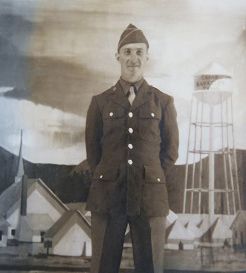 Raymond Lester Broyles was born in the South Central Community of Chuckey, Washington County, Tennessee on 25 March 1921. He enlistment in the United States Army on 7 August 1942 at Fort Oglethorpe, Georgia.

After basic training, he was assigned to the 3rd Battalion, 119th Infantry Regiment, 30th “Old Hickory” Infantry Division. The 30th was first formed from National Guard units from North and South Carolina and Tennessee during the Great War (World War I) in 1917. It was still a National Guard unit when it was called back to active military/federal service for World War II. 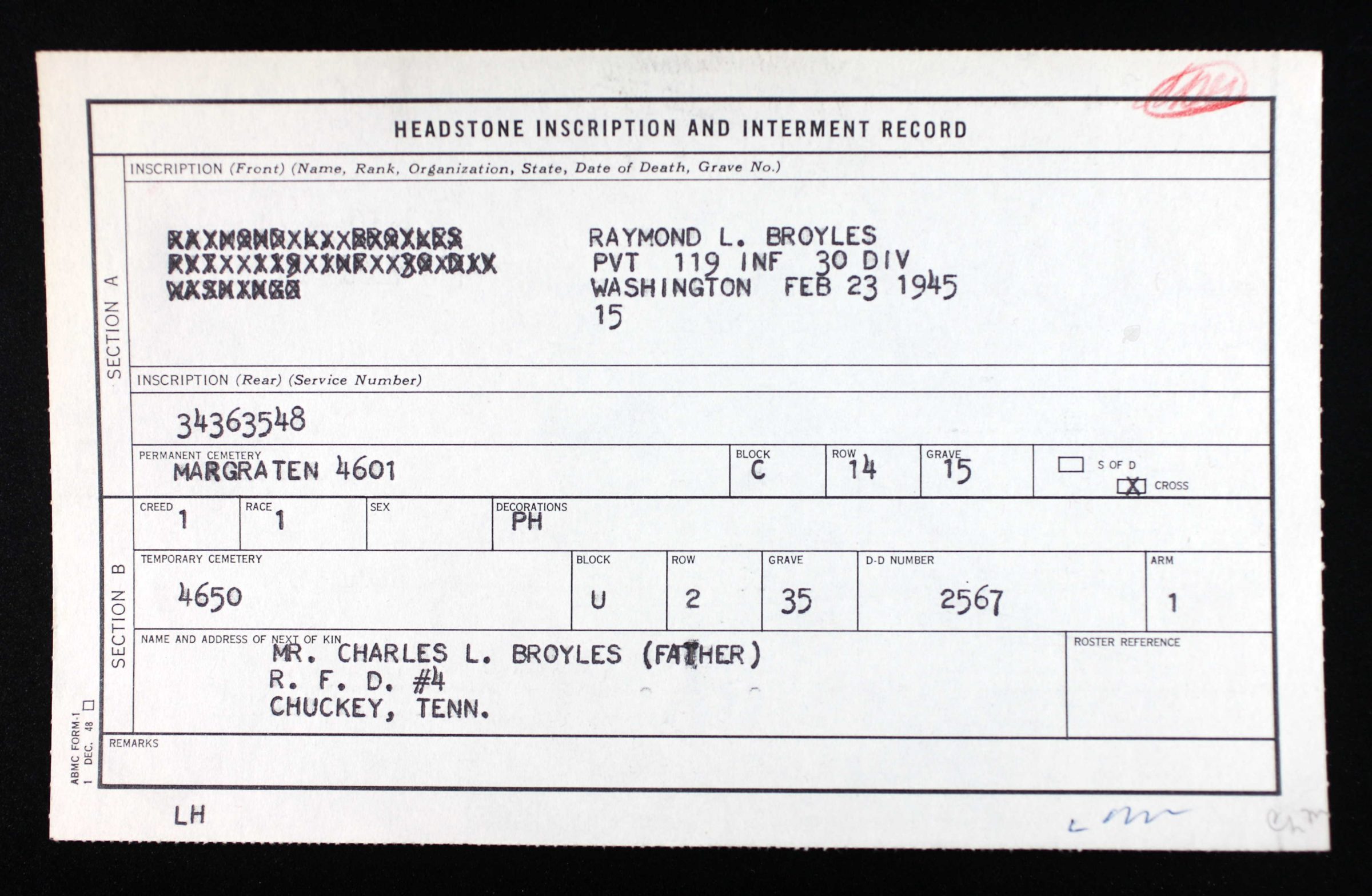