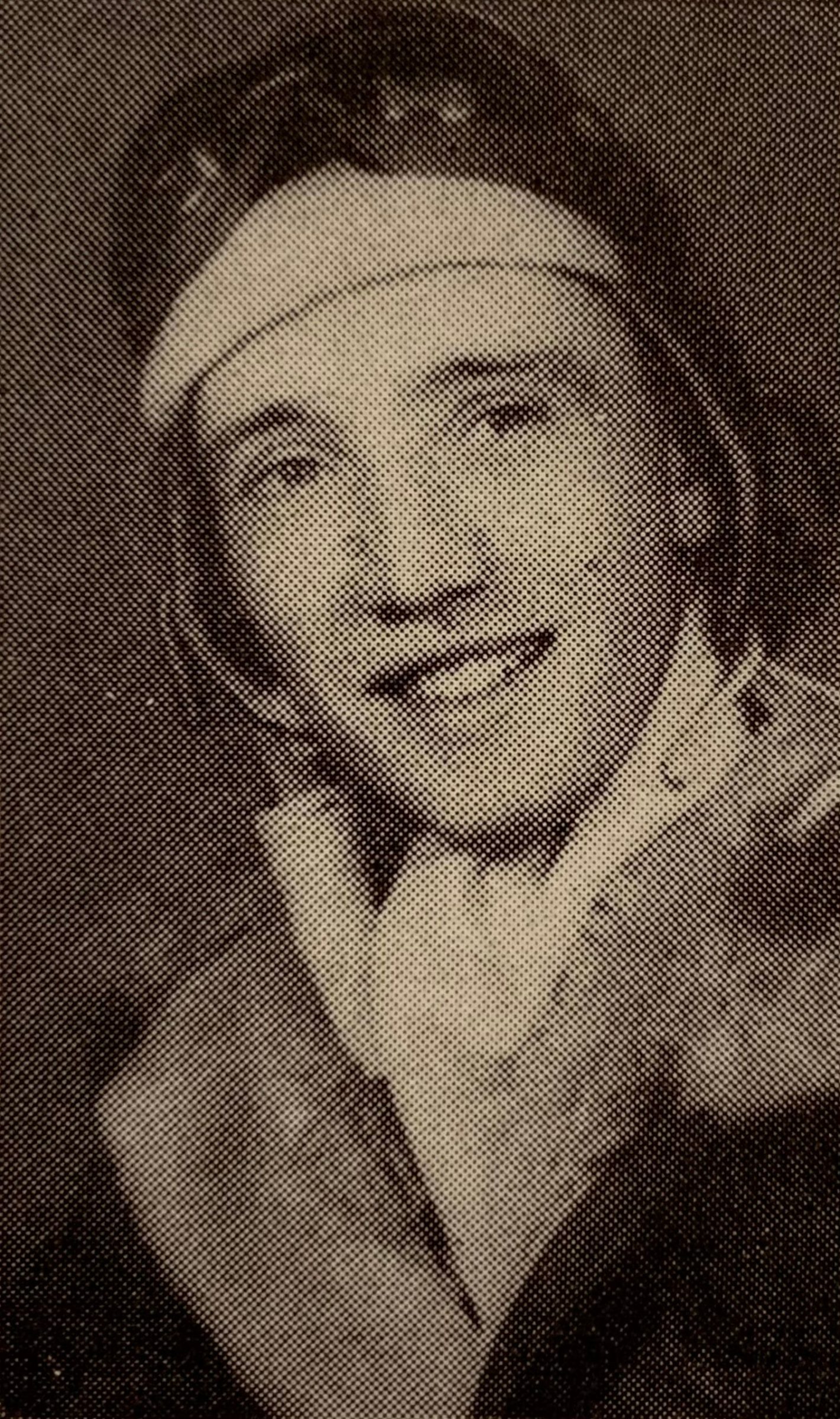 Raymond Elbert Moore was the son of Elbert Everett Moore and Marie Alma Dalzell. He was the husband of Mrs. Dorothy Jeans Doss Moore. He enlisted in the Army Air Corps April 16, 1942 and worked with a Construction company until called to active duty in August, 1942. He trained at San Antonio, Coleman, and Waco in Texas and received his wings and commission June 26, 1943. For additional B-24 training he attended schools in Arizona, Nebraska and South Carolina. In December, 1943, he went to North Africa, and arrived in Italy the first part of February, 1944, with the 739th Bombing Squadron. On his fifth mission as co-pilot, he was shot down near Gratz, Austria. Reported missing February 25, 1944, he was presumed dead October 5, 1945.

Aircraft B-24H, with serial number 41-28699 was on a bombing mission to the airport of Graz, Austria. Approximately 50 miles south of Graz, they were hit by heavy flak. They left the formation near Graz and crashed killing 5 crewmembers. 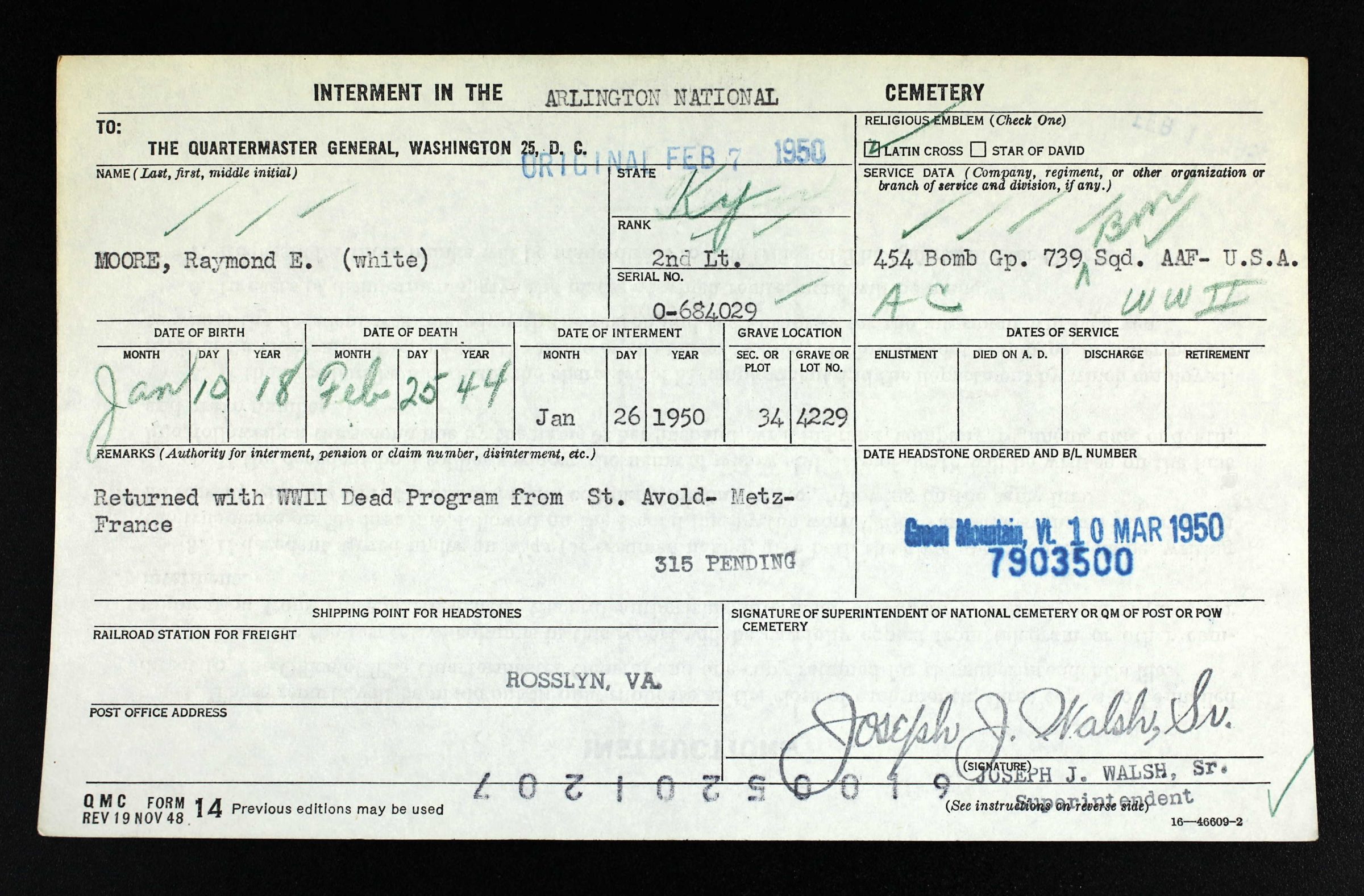 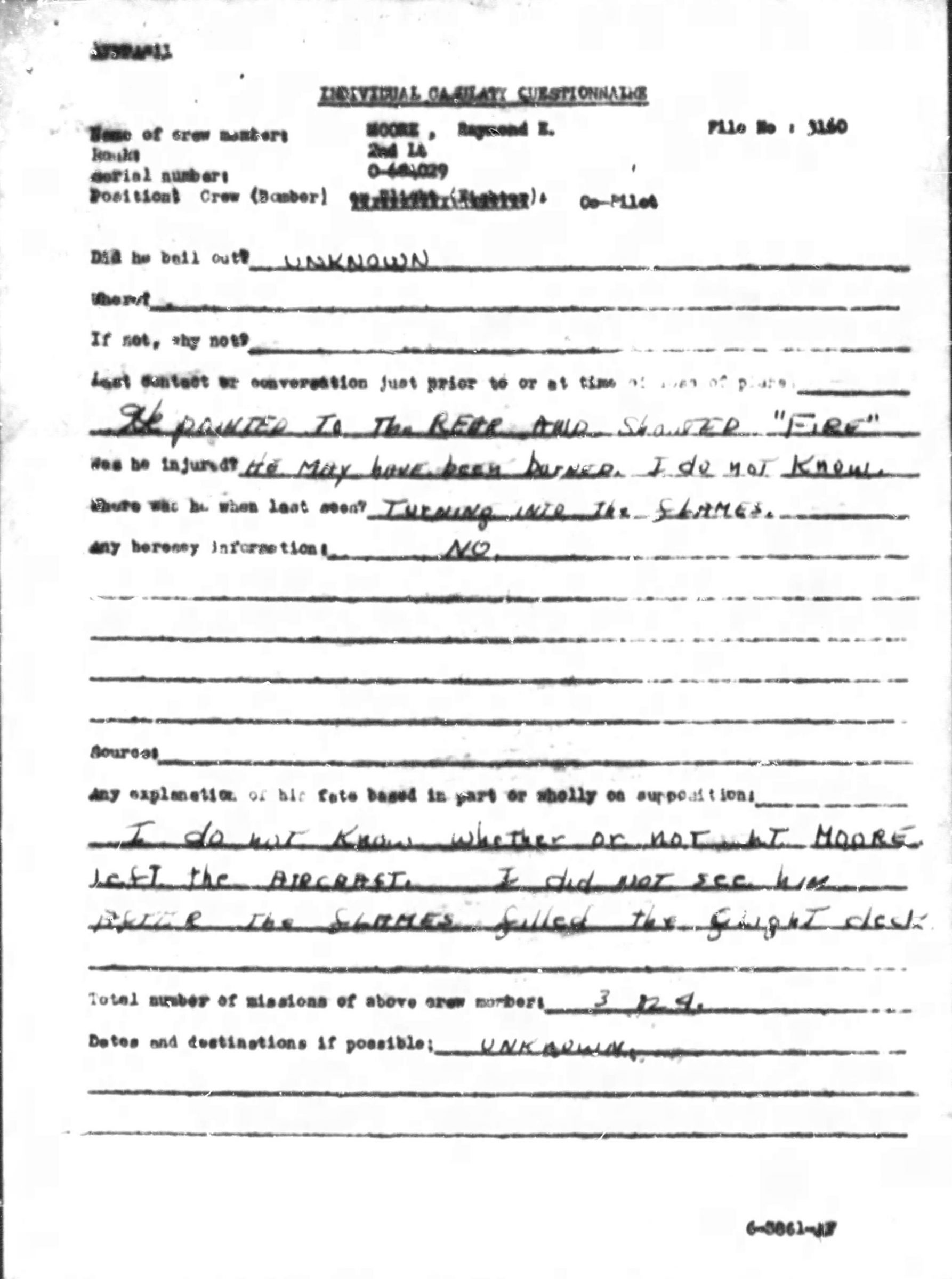