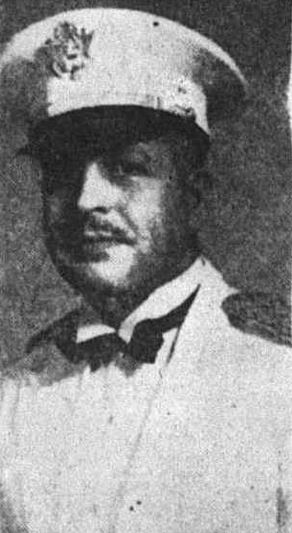 Captain Bibee served with the Finance Department and was captured in the South Pacific Theatre, Philippine Islands, in 1942. He was as Prisoner of War at Fukuoka POW Camp #1 -Kashii (Pine tree camp) Kyushu Island 33-130. He died while being transported on the Brazil Maru, which was one of the ghastly “Hell Ships.” See: http://www.west-point.org/family/japanese-pow/ShipsNum.htm

The Bristol News Bulletin October 18, 1945
Captain Raymond E. Bibee, 44,  formerly of this city, died February 19, 1945 from avitaminosis (Starvation) while held a prisoner of the Japanese in Fukuoka prisonn camp on the Island of Henshu.
Captain Bibee was graduated from the Army Finance School at Washington, D.C. Upon his graduation he was commissioned a second lieutenant in the finance reserve of the U.S. Army. He was called to active duty in March 1938 to take charge of the fiscal and administrative section of the military intelligence division of the general staff at army headquarters in Manilla. On arriving in Manilla he was advanced to first lieutenant. In March 1939 he was promoted ot captain in charge of military intelligence at Manilla.
Captain Bibee was taken prisoner of the fall of Corregidor and was held fors ome time in Prison Camp No. 1 in the Philippines and was later transferred to Fukuoka prison camp on the Island of Honshu.
Surviving are a daughter, Louise of Los Angeles, California, and three brother H.R. and C.L. of Bristol and M.T. of Flint, Michigan. 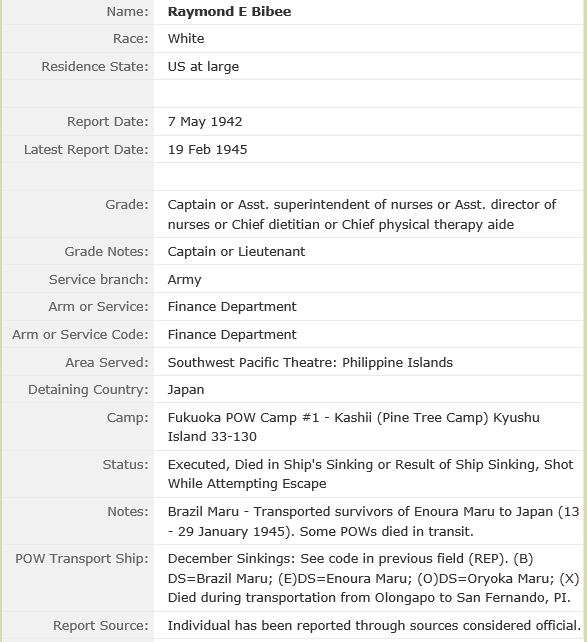