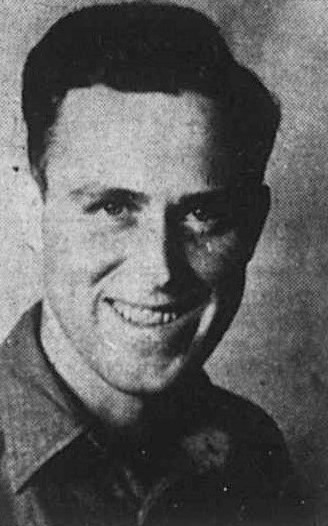 Rogersville Review, June 1, 1944
Pfc. Raymond Carpenter, who is in the Southwest Pacific area, was wounded several months ago while fighting Japs. He has completely recovered and is back in action. He has been overseas 13 months. He is the son of Mrs. Riley Carpenter of Mooresburg.

Rogersville Review, April 12, 1945
Pfc. Raymond Carpenter, age 27, son of Mr. and Mrs. Riley Carpenter of Mooresburg, die don Feb. 10, 1945 on Luzon Island, Philippines, as a result of wounds received in action February 7th. Pfc. Carpenter, a veteran of 21 months of overseas service in the Pacific, had been in service two years and three months. Before his death he was awarded the Purple Heart, Silver Star and the Combat Medal. Two other brothers are in service, one stationed in the Philippines and the other somewhere in Germany. 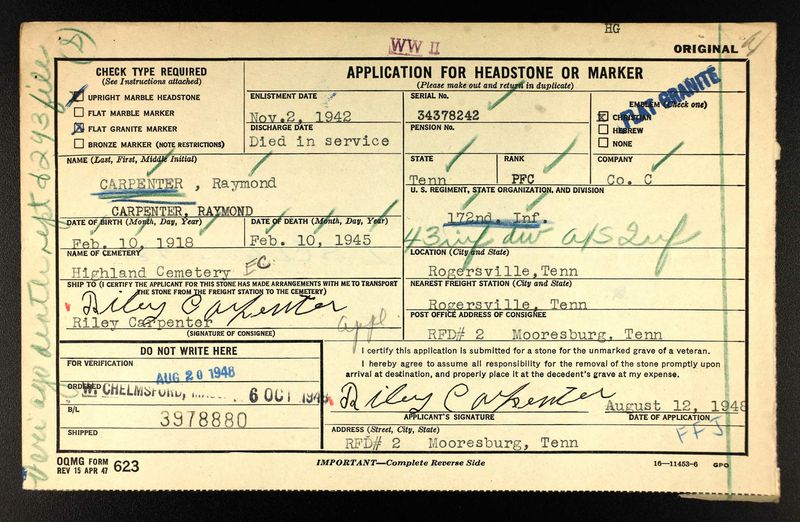