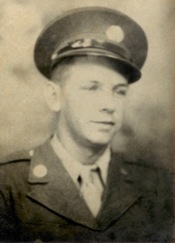 Private First Class Raymond B. Wade was born in Arkansas. Prior to joining the military, he worked as a farm hand in Blount County, Tennessee. He enlisted in the military on July 2, 1943 in Fort Oglethorpe, Georgia.

Raymond B. Wade was my Dad’s brother. I was born in 1947, so I never knew my uncle. My parents named me after Raymond. Both Raymond and my Dad, Grady Wade, were serving in the Army in France during the Battle of the Bulge when Raymond was killed. Raymond was in the infantry and dad was in artillery.
–Submitted by nephew, Raymond E. Wade 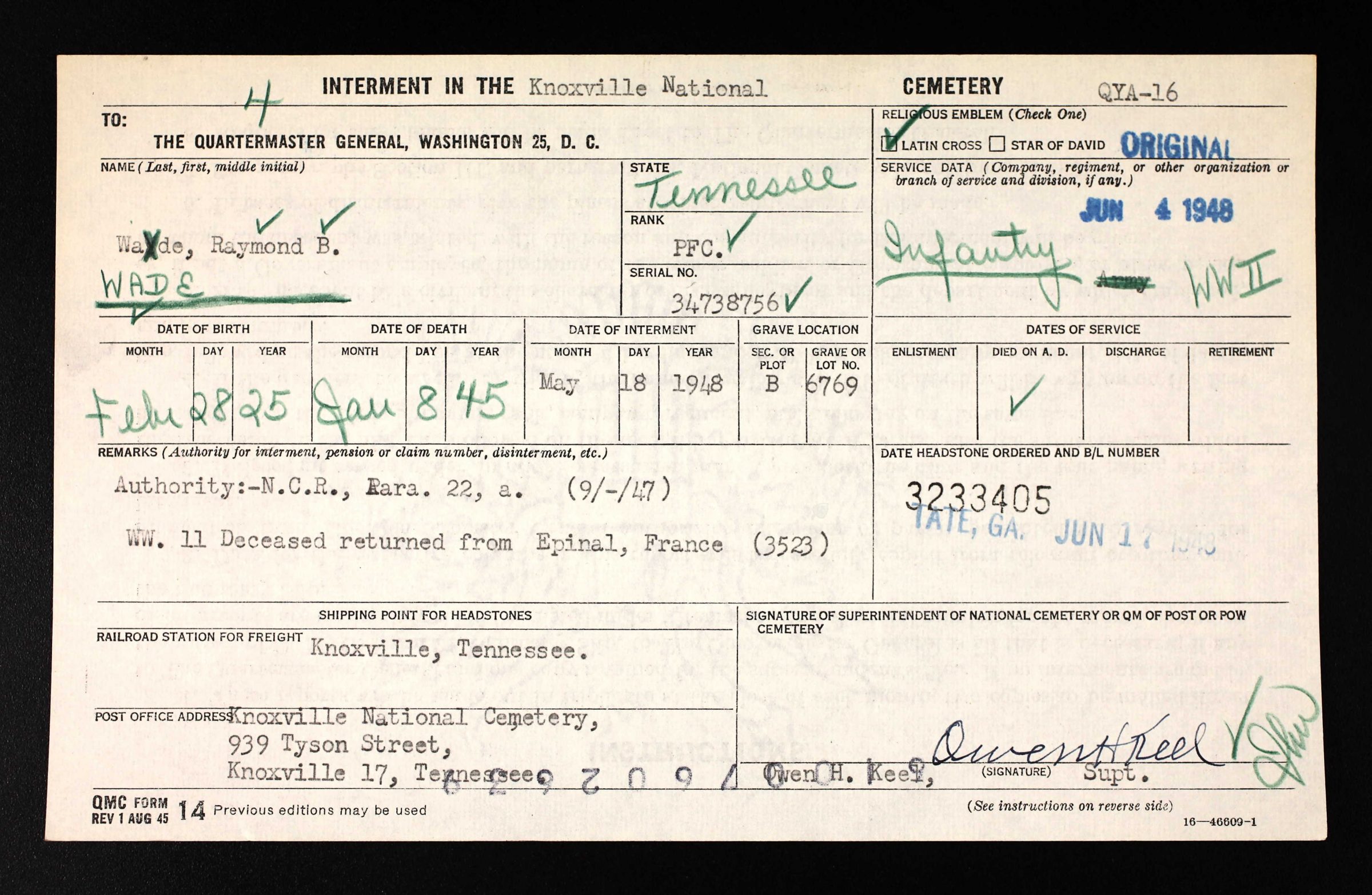