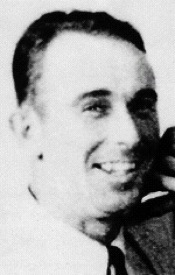 Sergeant Rayger Glenn Roberts was a member of Company M, 3rd Battalion, 8th Cavalry Regiment, 1st Cavalry Division. He was listed as Missing in Action while fighting the enemy near Unsan, North Korea on November 2, 1950. He was presumed dead on December 31, 1953.

He is memorialized at the Tablets of the Missing at Honolulu.