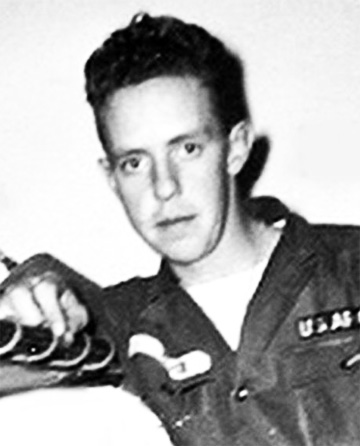 Private First Class Ray Taylor was born on May 14, 1941, and was originally from Tazewell, Tennessee. He served his country in the Vietnam War in the United States Army, as an infantryman in B Company, 4th Battalion, 39th Infantry, 9th Infantry Division. He was a three-year veteran of the Army when his tour in Vietnam began on October 23, 1967. Less than two months later, on December 19, 1967, PFC Taylor was killed under hostile conditions in Bien Hoa province, South Vietnam; he was 26 years old at the time of his death. PFC Taylor is memorialized on the Vietnam Veterans Memorial on Panel 32E, Line 24.

“He was a dear and sweet person, a wonderful friend sadly missed.”
-Submitted by Joan Earls Varner 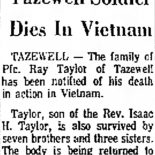