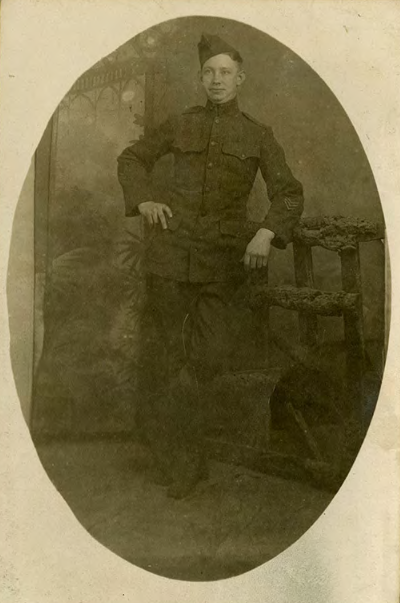 Ray T. Parker, Private First Class, was born in Bledsoe County near Pikeville and was 23 years of age at the time of his death. He, together with his father and others of his family, came to Cumberland County when he was a mere youth and for many years resided at Dayton Spur, a suburb of Crossville. Ray farmed and did construction work prior to his entry into the service. He enlisted at Jefferson Barracks, Missouri, October 4, 1916 in the Regular Army. He served on the Mexican border with the Provisional Ambulance Company A and with the Ambulance Company of the 1st Division and the Medical Department of the 28th Infantry while in France, his division being the first to land in France and known as one of the best fighting units of the American Expeditionary Forces.

Ray was severely wounded in action on July 19, 1918 and a few months thereafter was returned to the states where he was assigned to the Medical Department, General Hospital 6, Ft. McPherson, Georgia where he was located at the time of his death, which was the result of being struck by a mail train. His records reveal that he was kicked by a horse during his service, but his parents were never apprised of this injury.

Ray’s remains were buried in the City Cemetery just on the outskirts of Crossville. His father and mother, Joseph C. and Catherine Parker; one sister, Della; and Rose of Cincinnati survived him. 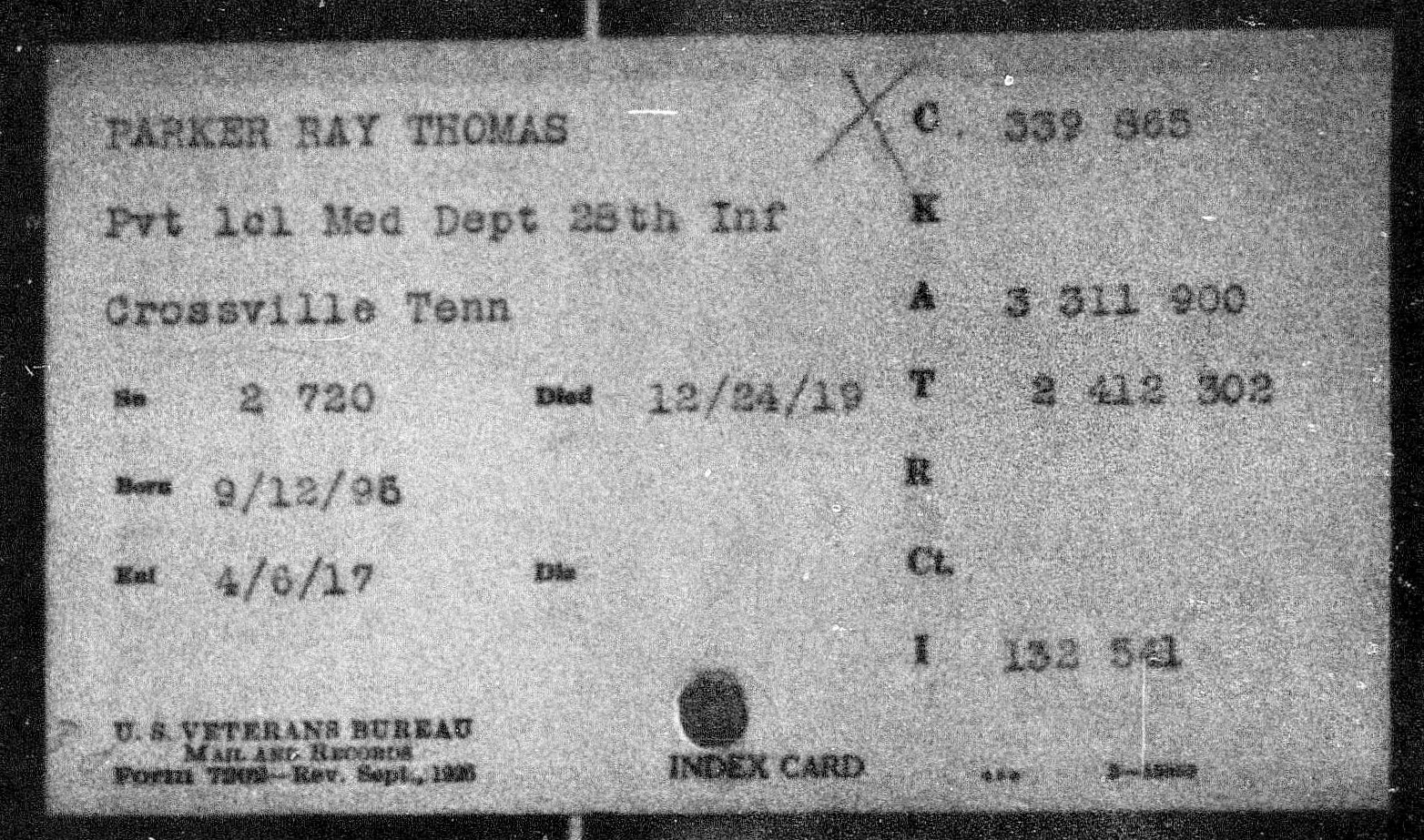 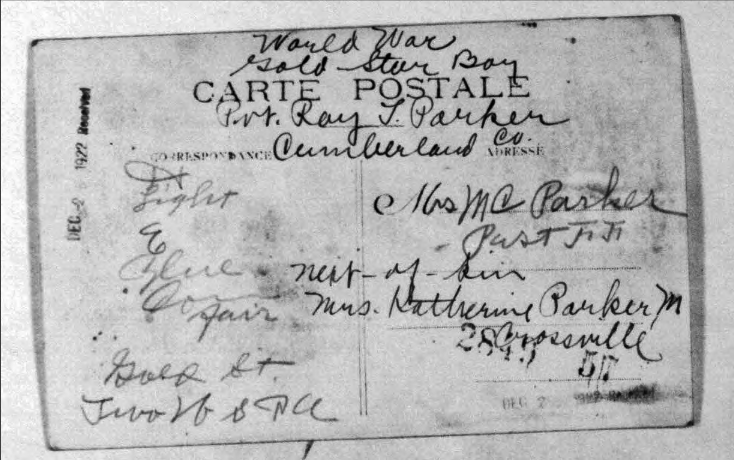 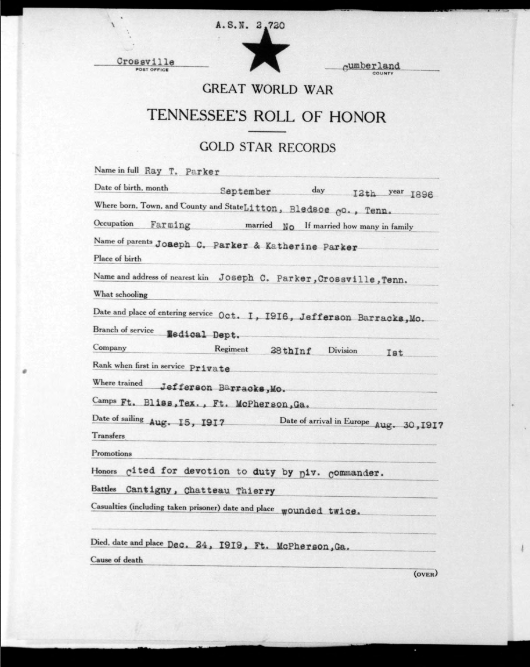 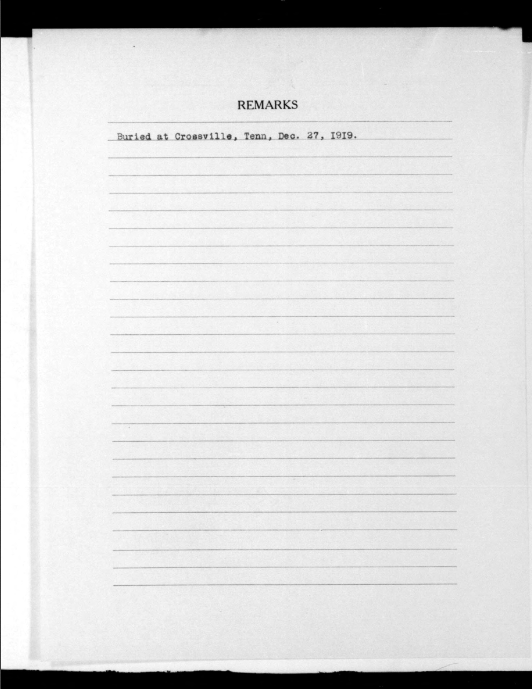 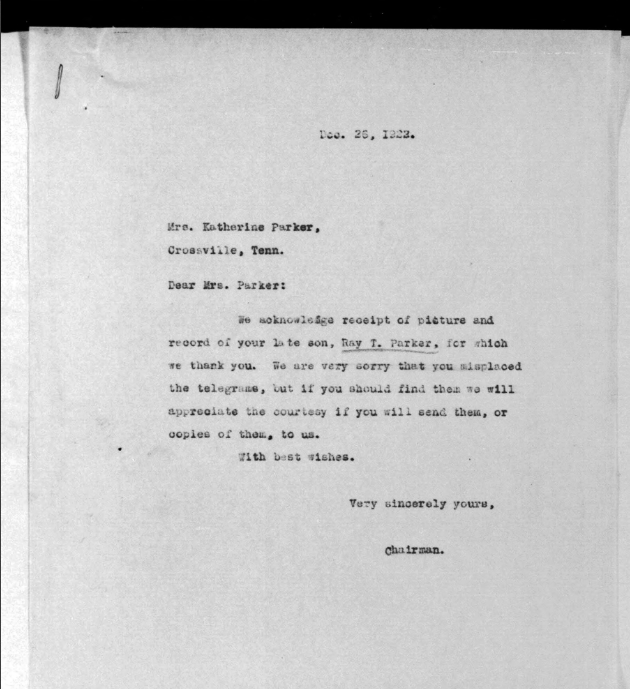 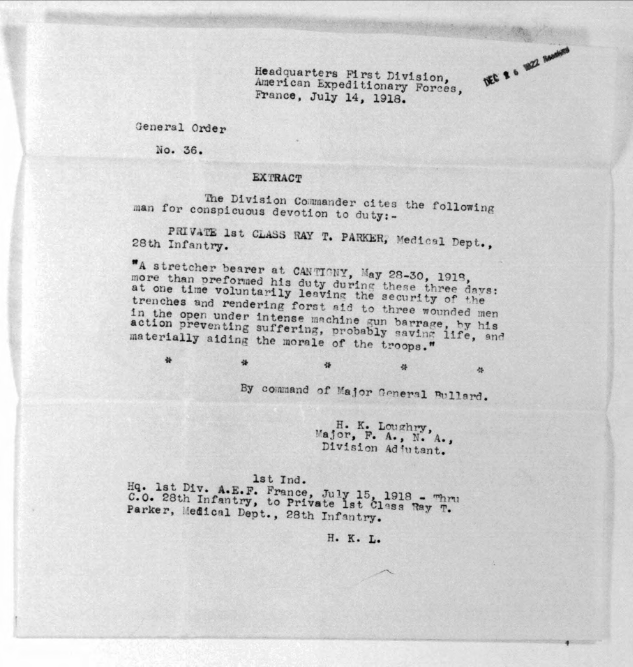 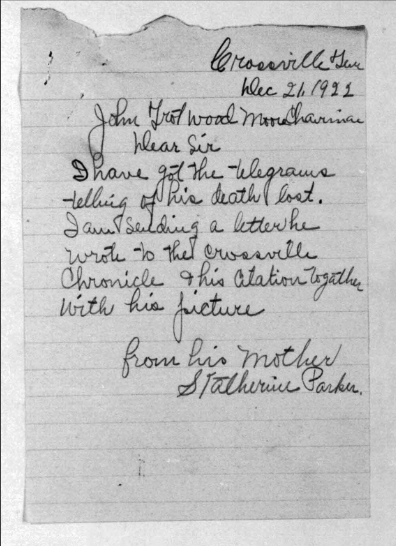 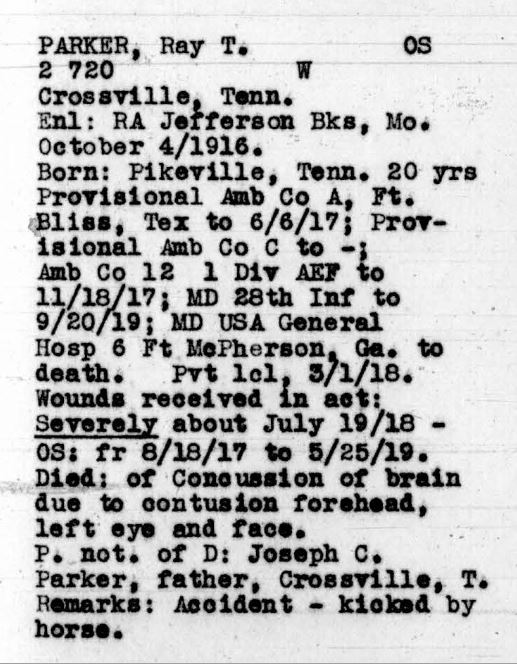