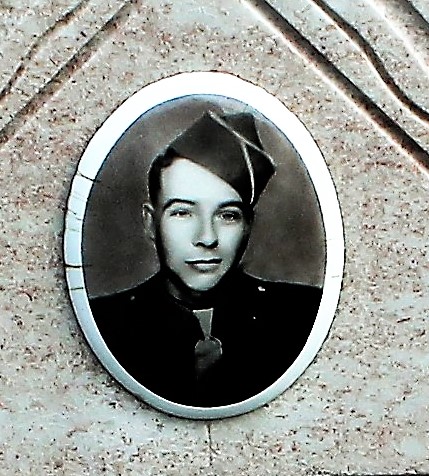 PFC Ray Turner Murphy was born around 1922 in Tennessee. He enlisted at Fort Oglethorpe in Georgia on 3 October 1942. He was killed in action.

The Knoxville Journal, September 14, 1944
Pfc. Ray T. Murphy, son of Mr. and Mrs. W.H. Murphy, of Dandridge, has been reported missing in action in France since July 4, the War Department notified his wife, Mrs. Lucille Patterson Murphy, August 8. Another telegram from the War Department September 6 revealed that Private Murphy had been killed in action. Mrs. Murphy and their only child, Wade Turner, make their home with her parents, Mr. and Mrs. John Patterson, of near Dandridge. A brother, Pfc. William L. Murphy, entered the service in February, 1942, and has been overseas since last October. He is in Italy at present.