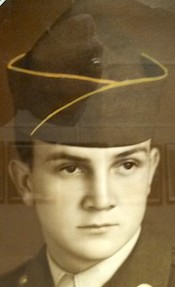 Sergeant Ray F. Henry was born in Blount County, Tennessee, 7 February 1930. He was a member of the 77th Medium Tank Battalion, 7th Infantry Division. He was Killed in Action while fighting the enemy in South Korea on July 31, 1950. He was possibly killed under a bridge that was shelled by the enemy. Sergeant Henry and 14 others of the 77th Medium Tank Battalion had sought refuge there with their wounded comrade, Fowler. Sergeant Henry was one of the eight soldiers that did not return from that mission. 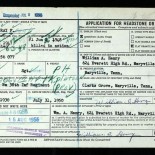