Aircraft B-24D with serial number 41-23785 departed from Benina Main in Libya on a bombing mission to Calania Airdrome, Calabria in Italy. This aircraft collided with aircraft 41-11806 in mid-air. They fell together, both spinning to the right. Half of the stabilizer and one vertical fin came off of one aircraft. One of the planes dove into the sea and disappeared immediately; the other made an attempt to recover from the spin. Both planes hit the water with great force about twenty-five or thirty feet apart. The second plane remained afloat for possibly a minute but the top escape hatch remained closed. Neither parachutes nor survivors were observed. The area was thoroughly searched for two hours in a radius of five miles at a low level; however, nothing was seen except one empty life vest which subsequently disappeared, and about twenty or thirty oxygen bottles which drifted away from the rapidly spreading oil slick.
The aircraft were lost over the Mediterranean Sea. 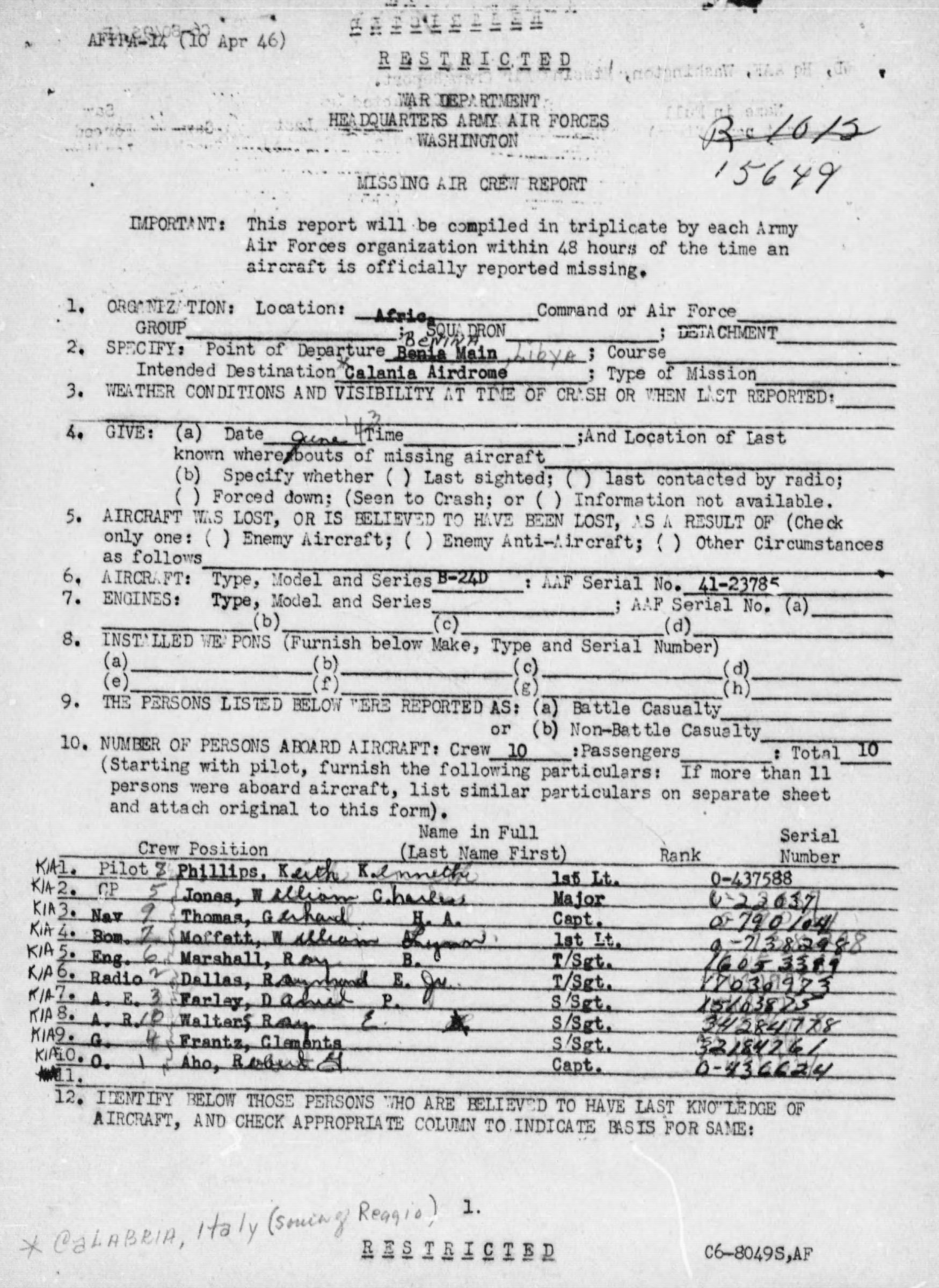