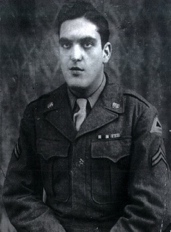 Died while prisoner of war.

A veteran of World War II, Master Sergeant was a member of Company C, 1st Battalion, 21st Infantry Regiment, 24th Infantry Division. He was seriously injured in Korea on March 7, 1951 and returned to duty on March 23, 1951. On April 26, 1951, when he learned that several of his men were isolated, he led a daring assault to recover the men. Although wounded by mortar fire, he directed his platoon’s fire upon the advancing enemy. When forced to withdraw, he directed him men to leave him and go for safety. He was taken Prisoner of War and died while a prisoner on November 11, 1951. For his leadership and great valor, Master Sergeant was awarded the Medal of Honor, Purple Heart, Combat Infantrymans Badge, Prisoner of War Medal, Korean Service Medal, United Nations Service Medal, National Defense Service Medal, Korean Presidential Unit Citation, Republic of Korea War Service Medal, and World War II Victory Medal.

Sfc. Duke, a member of Company C, distinguished himself by conspicuous gallantry and outstanding courage above and beyond the call of duty in action against the enemy. Upon learning that several of his men were isolated and heavily engaged in an area yielded by his platoon when ordered to withdraw, he led a small force in a daring assault which recovered the position and the beleaguered men. Another enemy attack in strength resulted in numerous casualties but Sfc. Duke, although wounded by mortar fragments, calmly moved along his platoon line to coordinate fields of fire and to urge his men to hold firm in the bitter encounter.

Wounded a second time he received first aid and returned to his position. When the enemy again attacked shortly after dawn, despite his wounds, Sfc. Duke repeatedly braved withering fire to insure maximum defense of each position. Threatened with annihilation and with mounting casualties, the platoon was again ordered to withdraw when Sfc. Duke was wounded a third time in both legs and was unable to walk. Realizing that he was impeding the progress of 2 comrades who were carrying him from the hill, he urged them to leave him and seek safety. He was last seen pouring devastating fire into the ranks of the onrushing assailants.

The consummate courage, superb leadership, and heroic actions of Sfc. Duke, displayed during intensive action against overwhelming odds, reflect the highest credit upon himself, the infantry, and the U.S. Army.”

Photos below of presentation of Duke’s posthumous Medal of Honor to his mother, Nancy Ida Duke. 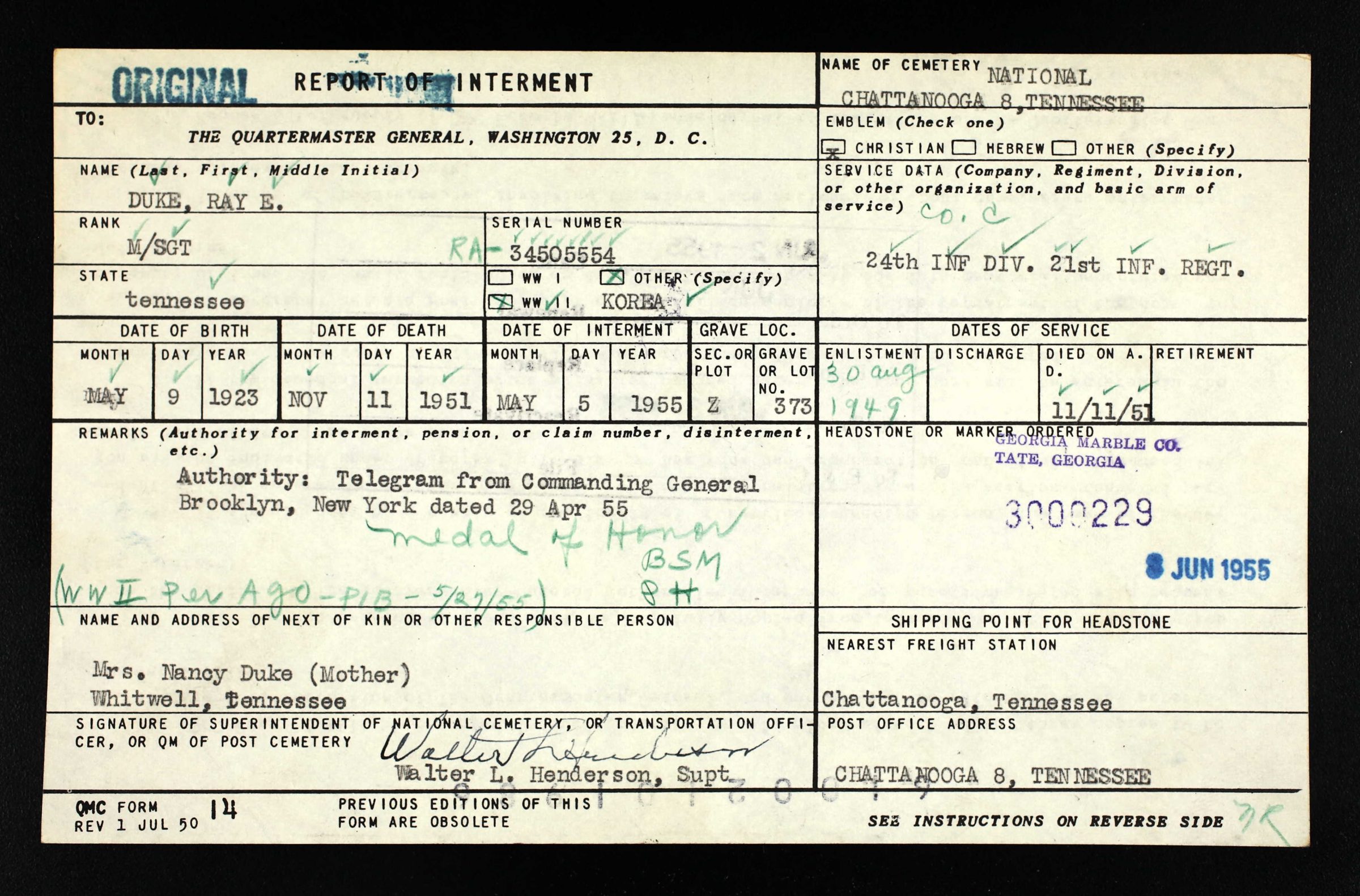 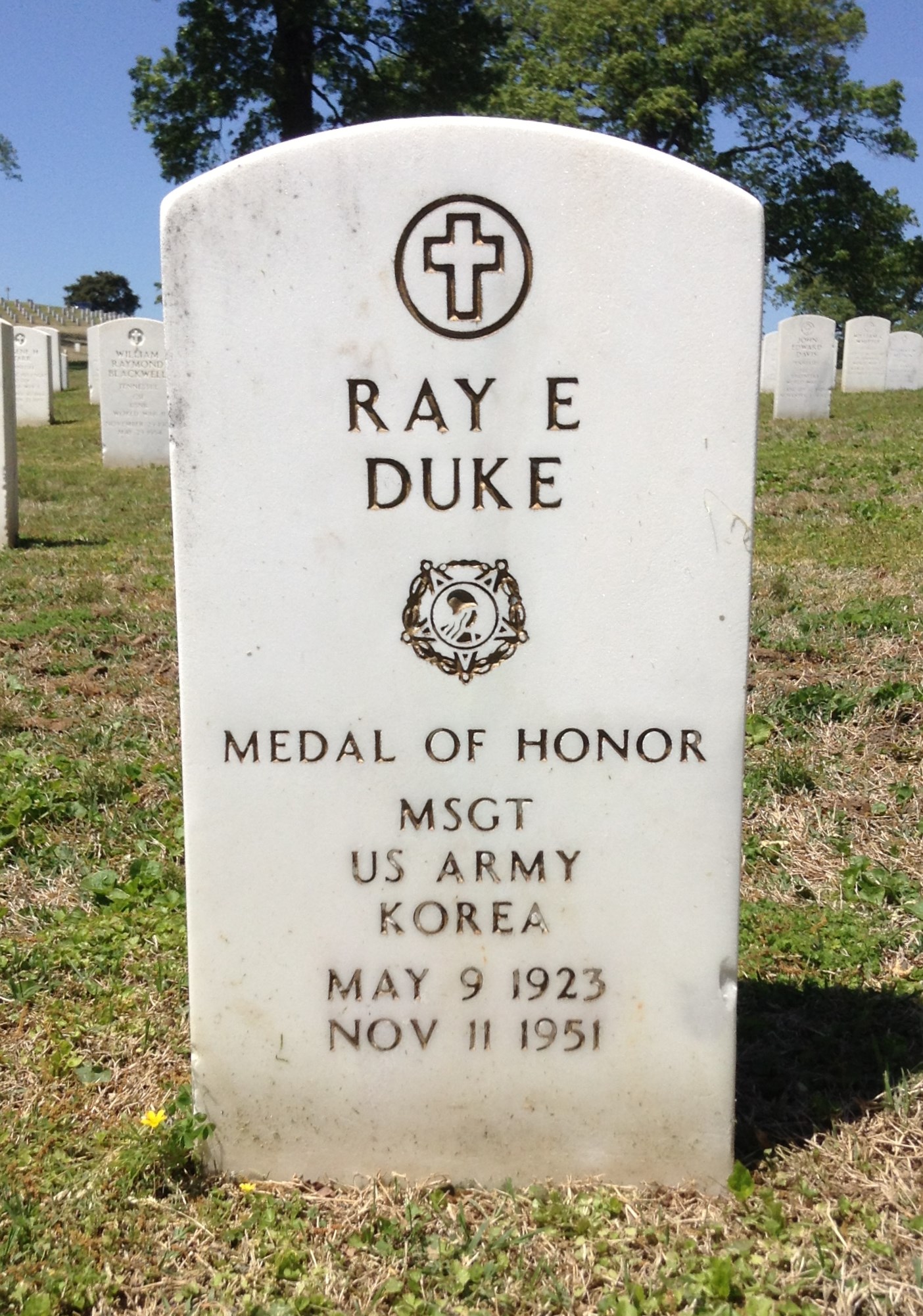 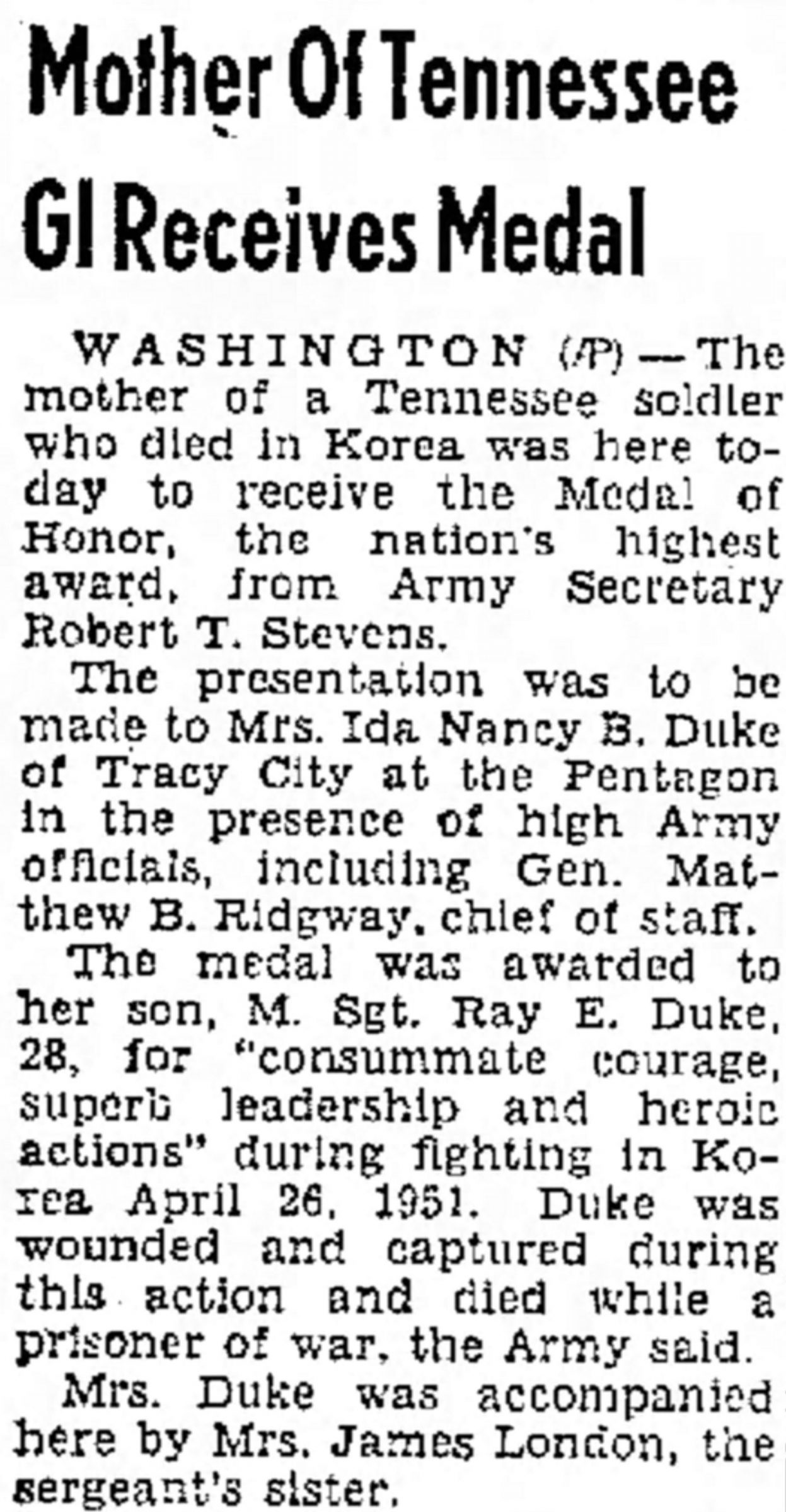 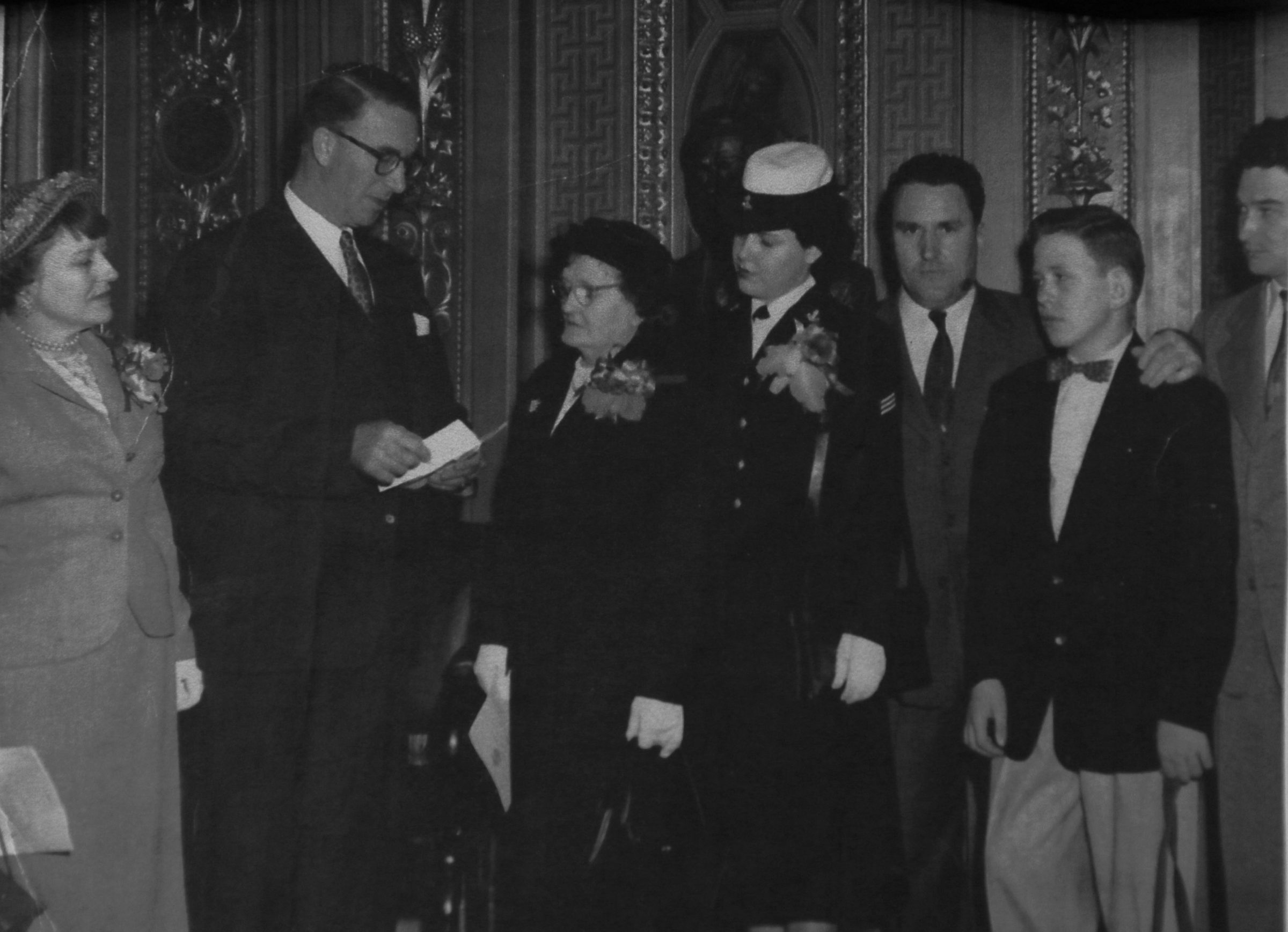 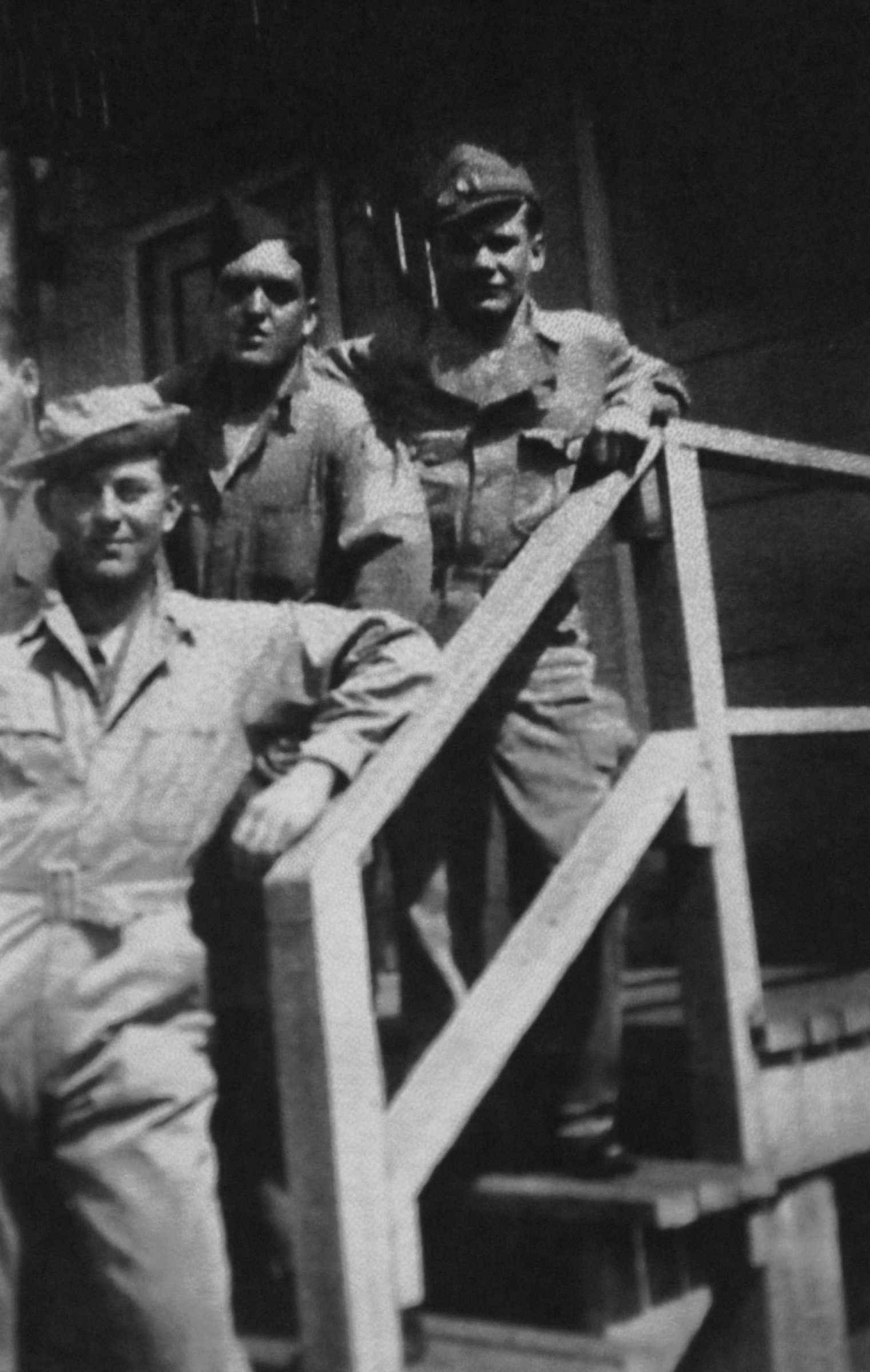 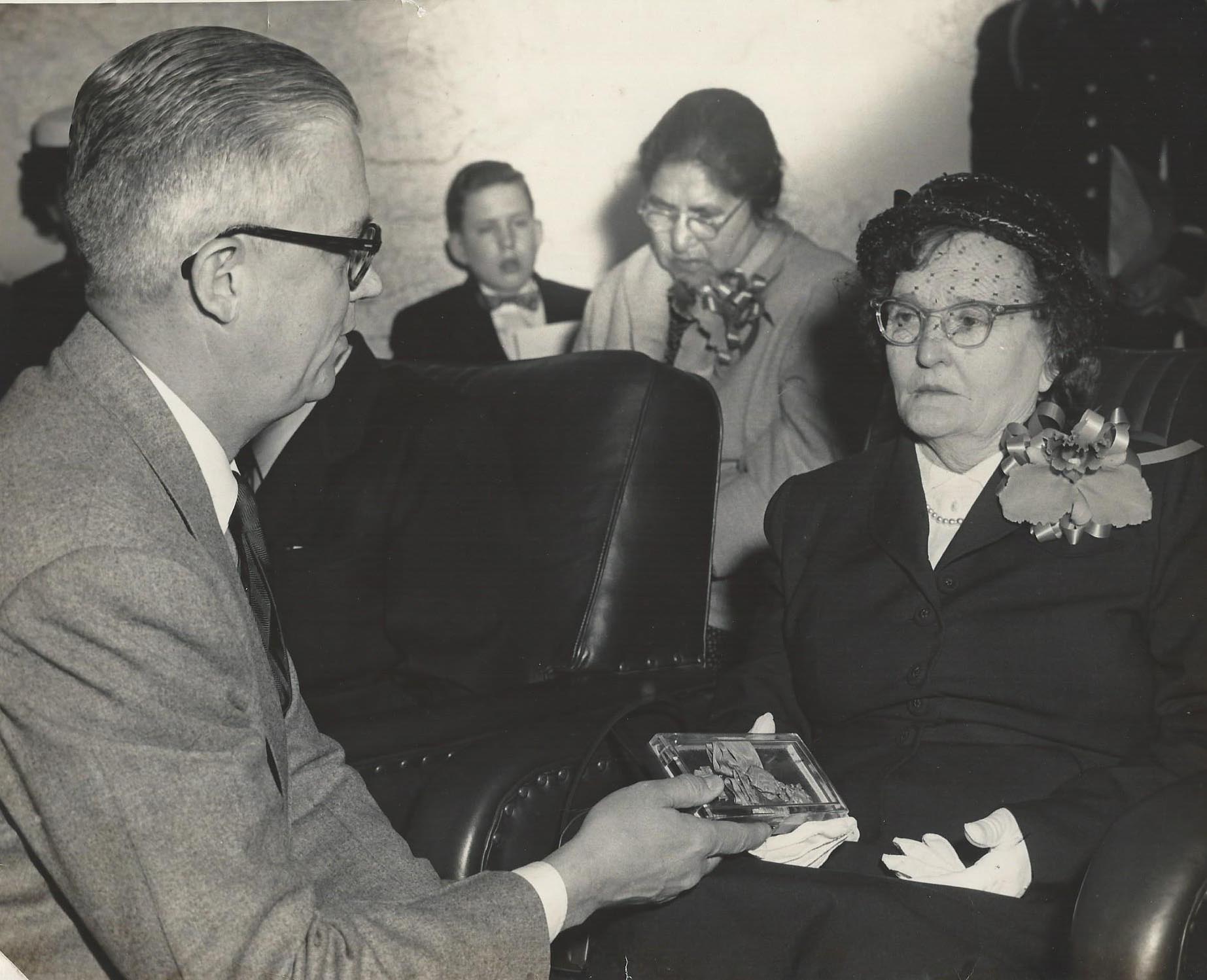 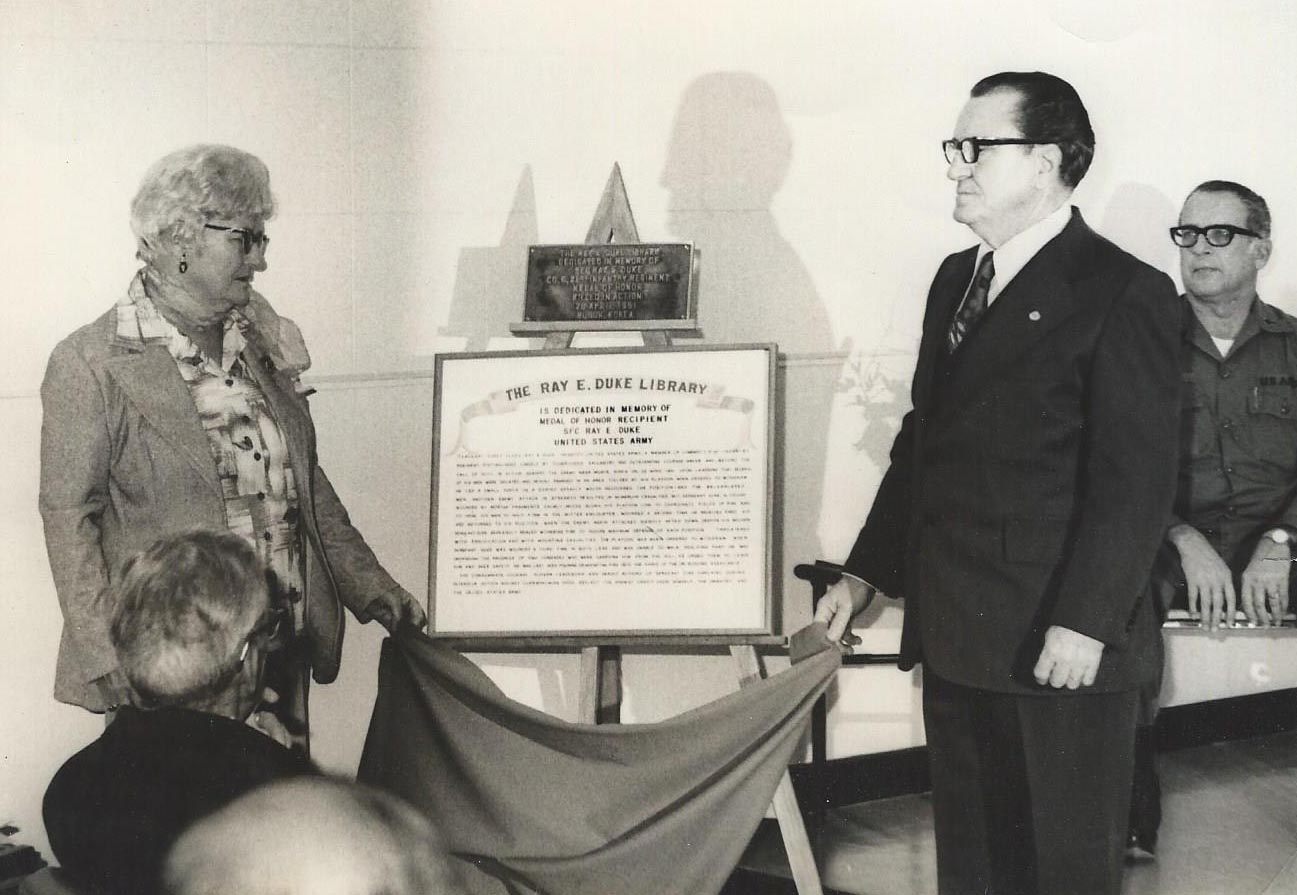 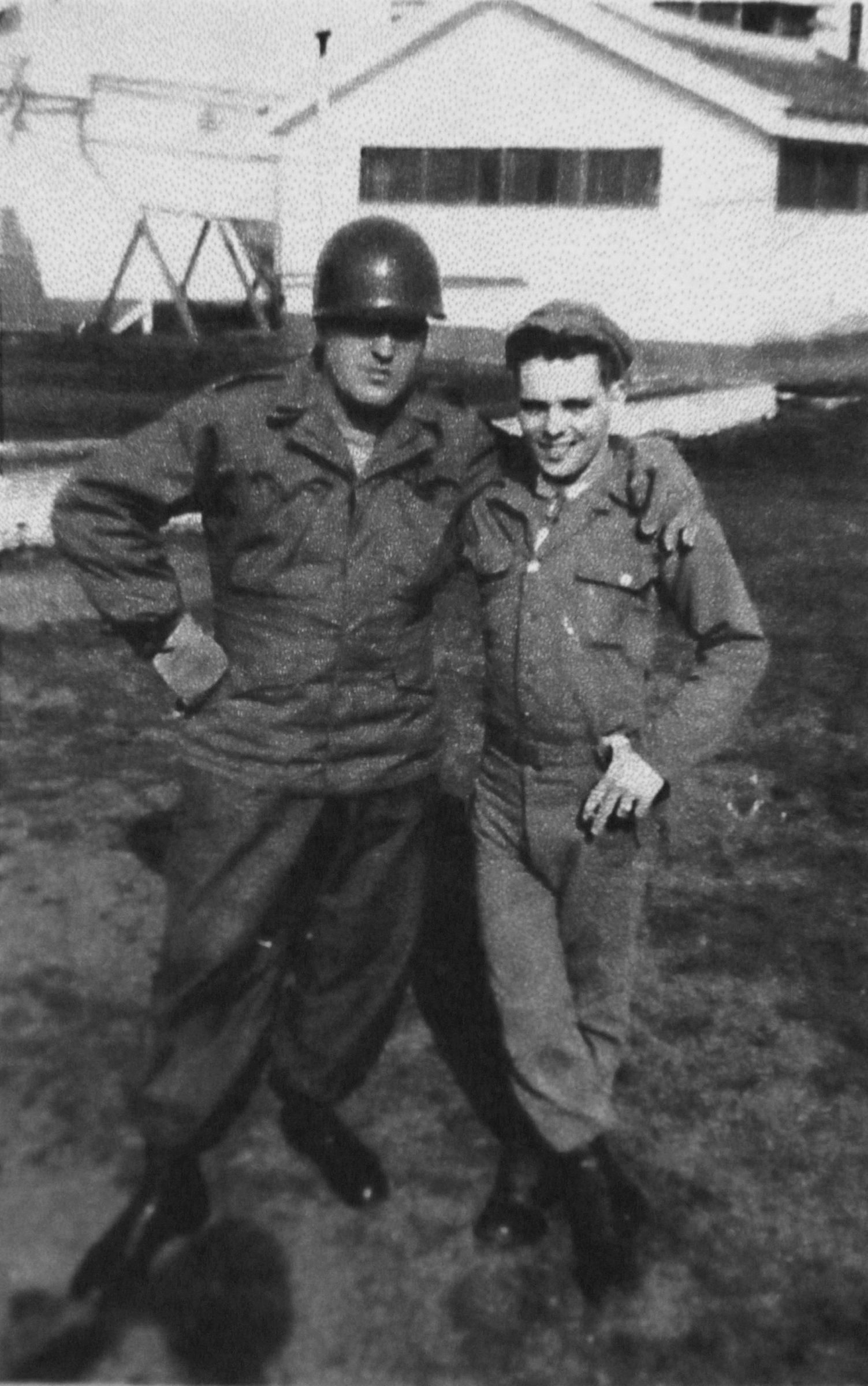